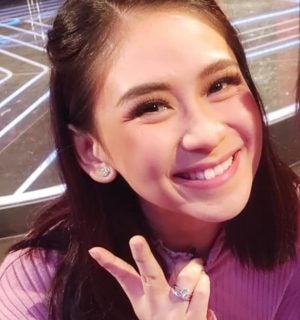 Despite the drama and controversy surrounding her recent wedding with her longtime boyfriend, Matteo Guidicelli, pop star Sarah Geronimo appeared to be in good spirits, as she resumed taping for the latest season of the “The Voice Teens” last Monday.

In Instagram stories posted by Jomar Yap and Carlo Yanesa—part of the production team behind the said talent search—the singer can be seen all smiles while hanging with the staff. Another photo shows Sarah sitting beside fellow coaches Lea Salonga and apl.de.ap, while chatting with Regine Velasquez and Ogie Alcasid, who dropped by at the studio.

“Mrs. Guidicelli”—as she was teasingly called by her colleagues—was also photographed showing off her wedding and engagement rings.

Over the weekend, the newlyweds also spent some time with show biz couple Judy Ann Santos and Ryan Agoncillo, who hosted a barbecue dinner for them. Sarah and Matteo, who had been dating for almost seven years, made headlines last week, after they finally tied the knot in a private ceremony in Taguig City on Feb. 20. 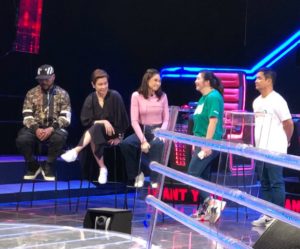 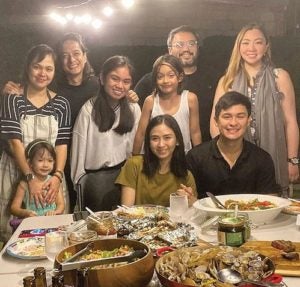 However, commotion ensued after Sarah’s mother, Divine, allegedly showed up uninvited to the wedding reception at a high-end restaurant at Shangri-La at the Fort hotel. The incident, according to a police blotter, ended with Matteo punching Jerry Tamara, Sarah’s bodyguard, thinking that it was the latter who divulged the details of the civil wedding to Mommy Divine.

In an appearance in Raffy Tulfo’s radio show “Wanted sa Radyo” on Monday, the bodyguard reiterated what he had said in the blotter, and insisted that Matteo did hit him in the neck. Meanwhile, Viva top boss Vic del Rosario—speaking on behalf of his ward Matteo, in the same show—dismissed the allegations as “not true.” —ALLAN POLICARPIO