Kirk Douglas leaves most of $61 million fortune for charity, nothing for son Michael — report 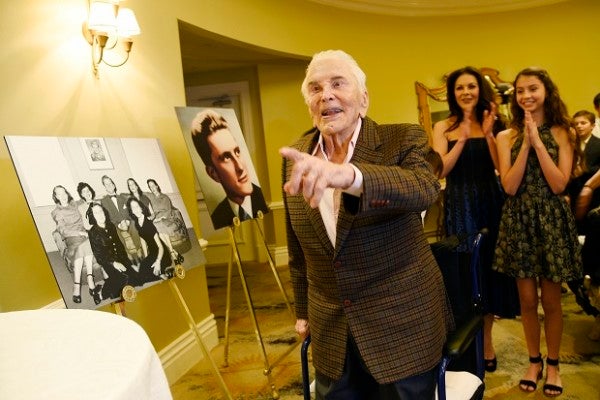 Actor Kirk Douglas arrives at his 100th birthday party as his daughter-in-law Catherine Zeta-Jones, second from right, and her daughter Carys applaud at the Beverly Hills Hotel on Friday, Dec. 9. 2016, in Beverly Hills, Calif. Image: AP

Kirk Douglas left a fortune of $61 million (P3.1 billion) after his passing and has reportedly given most of it to charity. The acclaimed actor died on Feb. 5 at 103.

The Hollywood legend donated $50 million to the Douglas Foundation, as per The Mirror yesterday, Feb. 23. He founded the charity with Anne Buydens, his wife of over six decades. 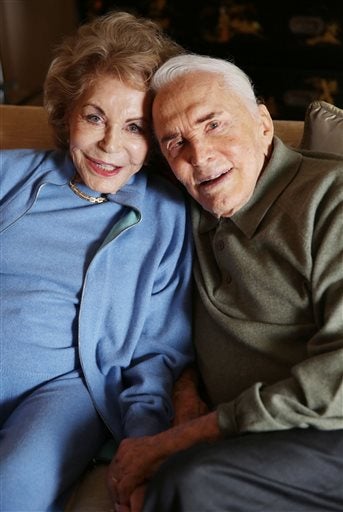 The organization is “committed to helping those who might not otherwise be able to help themselves,” mainly in the sectors of education and health.

No inheritance was left for his eldest son, 75-year-old actor Michael Douglas, according to the report. Douglas has an estimated net worth of $267 million (P13.6 billion), as per wealth management magazine Spear’s.

Among the Douglas Foundation’s beneficiaries are scholars at St. Lawrence University in New York, the Children’s Hospital Los Angeles and the Anne Douglas Center for rehabilitating women in Los Angeles.

Kirk is survived by his 100-year-old wife and sons Michael, Joel and Peter. His youngest son Eric died in 2004 from an accidental drug overdose. Niña V. Guno/JB

Michael Douglas on being cancer-free, finally getting a star on Walk of Fame