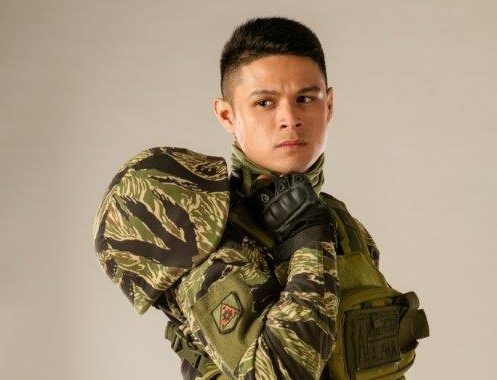 By his own admission, actor Jon Lucas failed to make the most out of the opportunities that came his way early in his career.

He hopes to correct that and work on his shortcomings now that he’s with GMA 7.

“I wanted to have a new home, a fresh start and a new mindset. That’s why I decided to transfer networks,” he told reporters at a press gathering organized by GMA Artist Center, with which he signed an exclusive management contract late last year.

Reflecting on how he had been handling his career, Jon, a former member of the “It’s Showtime’s” male dance group, Hashtags, realized that he could have been more focused.

“I was young, laking kalye … and then I was thrust into this world. Show biz overwhelmed me. ‘So this is what it’s like here,’ I thought,’” he related. “There were times when I wasn’t as focused; I was distracted. Sometimes I would throw lines without much feeling.”

Now, Jon vows not to make those same mistakes again. “I’m bettering myself and I have learned lots of things from my past experiences. I was given another chance. I don’t want to let it slip away,” the 24-year-old celebrity said, adding that he can’t afford any slip ups anymore, especially since he wasn’t able to finish his studies.“I didn’t go to college, so I don’t have a fallback,” he pointed out.

But perhaps more than anything, it’s fatherhood that has had the most profound impact on how he approaches his life and career.

“My priorities have certainly changed. I can’t afford to just think about myself—I have to put my family first,” said Jon, who has a 2-year-old son, Brycen, with his nonshow biz wife, whom he married in October 2017. “My wife and baby are there, and I want to spend more time with them.”

“At first… I was scared of not being able to fulfill my role [as a father] because I’m still young,” Jon added. “But now I’m enjoying every moment with my baby.”

Leaving Hashtags was a tough decision, he admitted, but one that he needed to make.

“I made a lot of friends there (ABS-CBN) and grew very close to some of them. But I know my true friends will always be there for me no matter what happens, or whatever decisions I make in life,” Jon said. “Now that I’m here at GMA 7, I hope to find more work, so I could help and support my family better.”

His first big project—and test—is the Kapuso station’s local adaptation of the hit Korean series “Descendants of the Sun,” where he plays a soldier. “It’s a big show. I have to prove that I’m worthy of being part of it. I know I have to do well. I have to be focused because my performance here will serve as a recommendation of sorts for future roles,” he said.As part of his training for the show, he and the rest of the cast—including Dingdong Dantes and Rocco Nacino—joined a military boot camp, where he got a taste of what a real soldier’s daily routine is like.

“The training was tough, but I’m very happy. It was a new experience for all of us. We learned new things. We did a rope course and a firing tutorial. We’re portraying the military so everything has to be done accurately, even the little details. Training with the military made me respect our soldiers even more. They lead a different and difficult life,” he related.

While he’s a newcomer to the GMA 7 roster, Jon said his costars didn’t treat him like one. “They welcomed me, gave me a warm reception,” he said. “I’m so happy to be here. I feel like everything’s flowing. I feel like my prayers are being answered. And I hope they help me show my talents and realize my dreams.” INQ