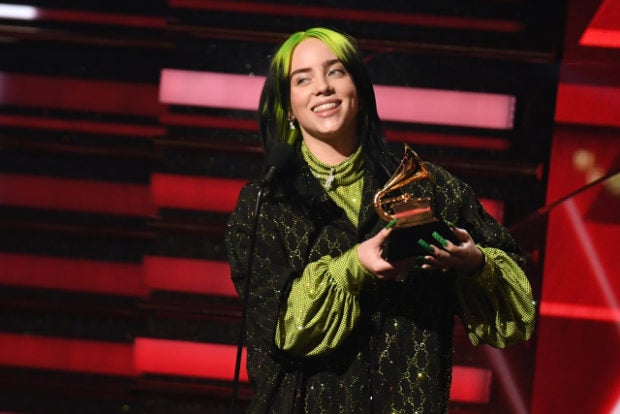 Teenage pop star Billie Eilish scored another record on Friday as her new single enjoyed the biggest opening week of all time for a James Bond theme in the British charts.

“No Time To Die” landed straight in at number one, according to the Official Singles Chart, becoming the 18-year-old’s first British chart-topper.

The single, co-written and produced by the United States star and her brother Finneas, earned 90,000 chart sales and 10.6 million streams, making it the biggest opening week for a single so far this year.

The ballad has the grungy melancholic feel that has propelled Eilish to star status and caps a remarkable few weeks for the teenager.

Last month, Eilish was the breakout star at the Grammys, sweeping five awards including the “big four” prizes: Album of the Year, Song of the Year, Record of the Year and Best New Artist.

The Los Angeles-born singer, who only turned 18 in December, is the youngest artist to record a Bond track.

The 25th installment of the British spy saga, due out in April, sees Bond drawn out of retirement in Jamaica by his old friend and CIA agent Felix Leiter.

Rami Malek, who won a best actor Oscar for his depiction of Queen frontman Freddie Mercury in “Bohemian Rhapsody”, plays the villain. RGA