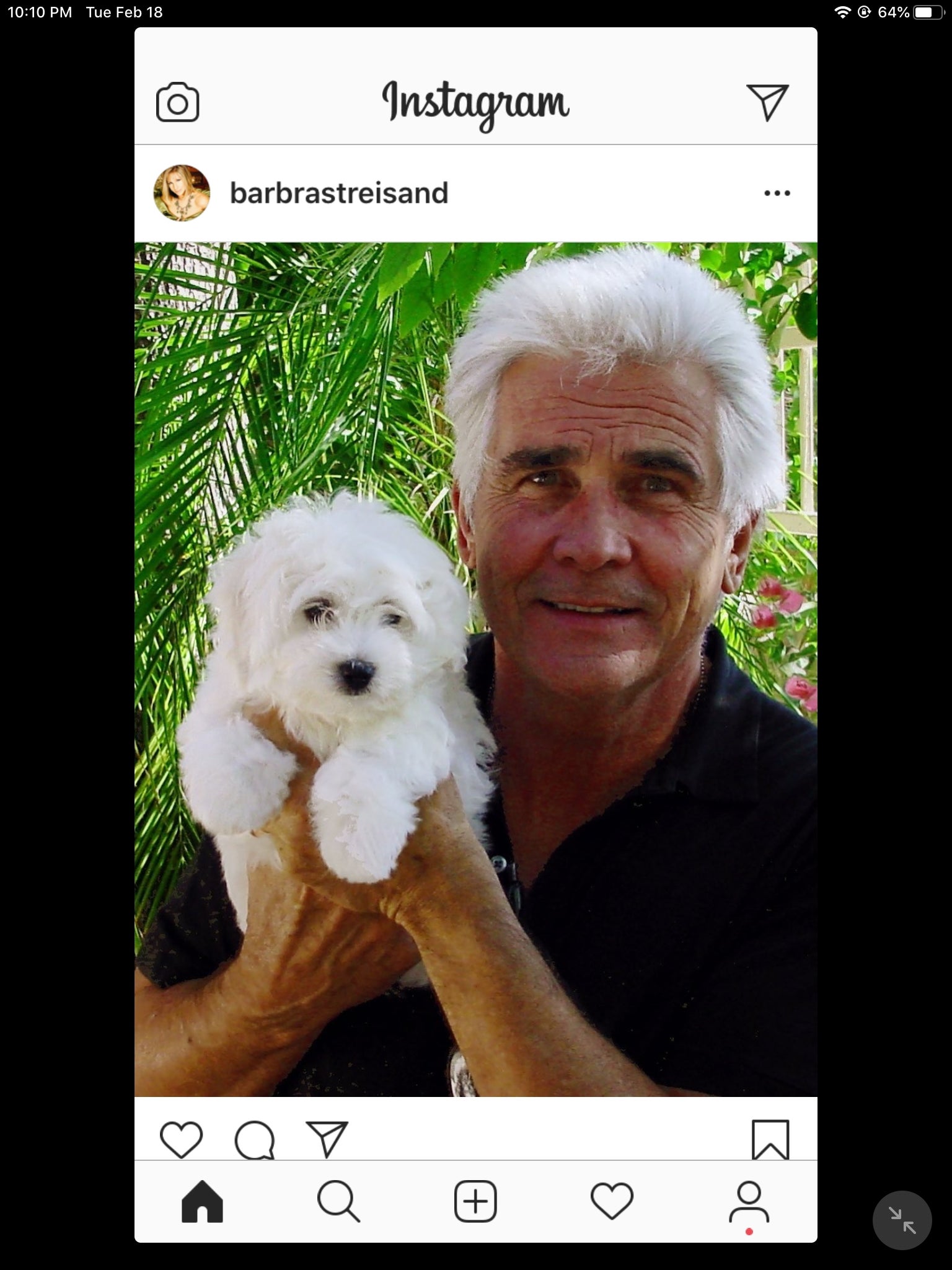 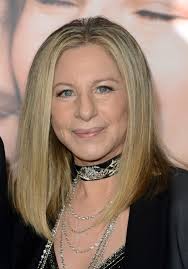 Legendary singer-actress Barbra Streisand proudly posted a photo of her two white-haired loves—husband James Brolin and a small dog that looks like a Maltese. “The day my husband picked out Sammie for me—they match! Two loves of my life!”

Brolin, who has won two Golden Globe awards and an Emmy, and Streisand married in 1998. It was the third marriage for him and the second for her.

Streisand’s first husband is veteran actor Elliott Gould. Brolin is the father of Josh, now best known as Thanos, the superhuman titan who is the Avengers’ arch nemesis. 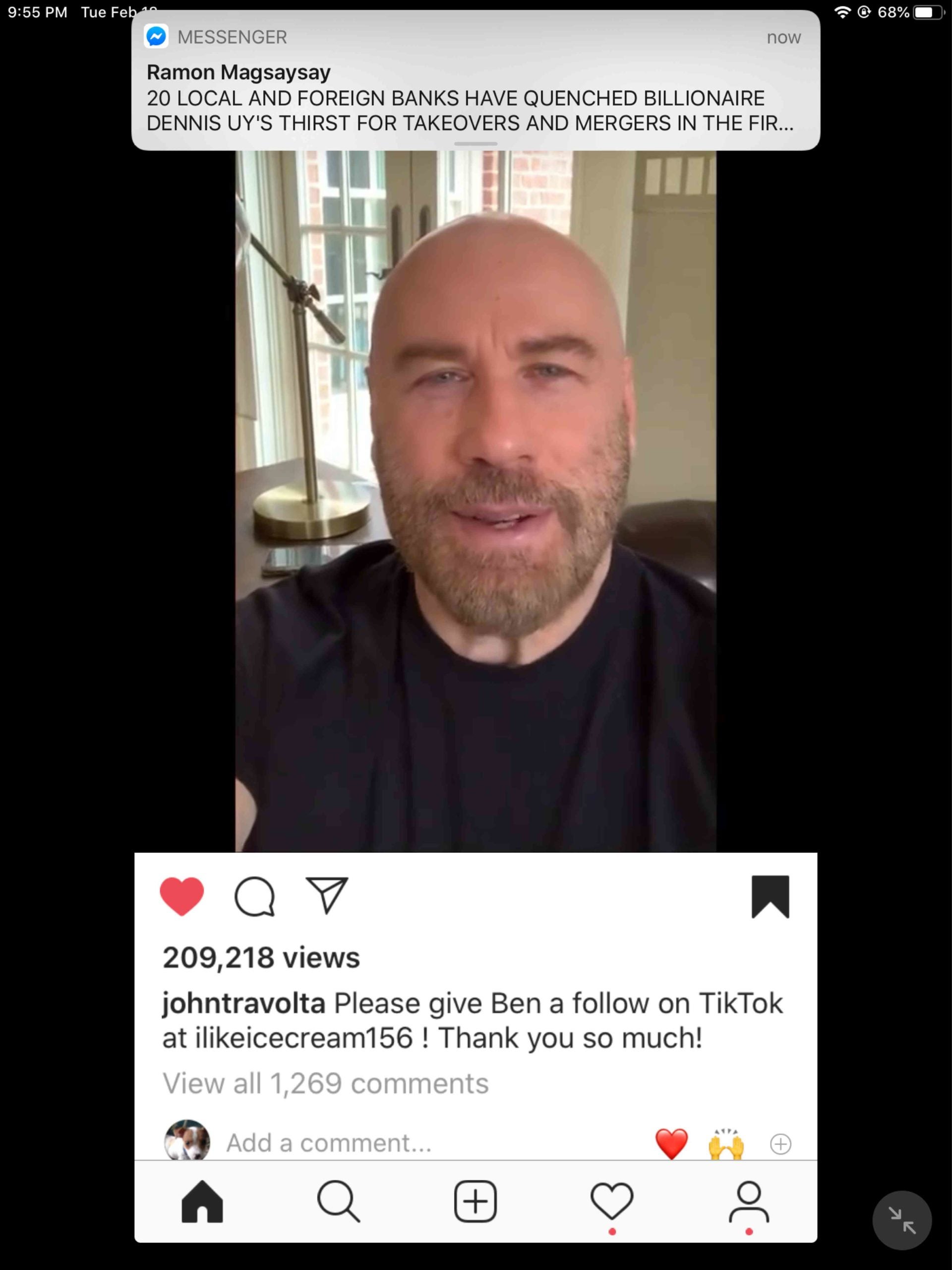 Travolta does not have to pay to promote his social media presence. Dad John, who charmed everyone in “Grease” and “Saturday Night Fever,” has made a pitch for his son’s TikTok account.

The older Travolta posted a video plugging his son’s social media presence: “Hey there. So my son Ben has started a TikTok account. His user name is ilikeicecream156. Please, follow him. And all my love to all of you.”

Another video showed Ben, who is 9 years old and has been described in some media stories as his father’s “mini-me,” and his friends bobbing their heads to the beat of a music playing at the all-family restaurant Sugar Factory.