As she turns 16, Millie Bobby Brown calls for change after being sexualized, insulted online 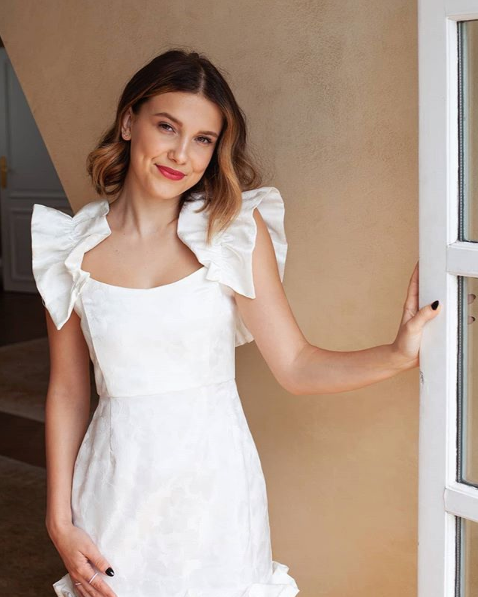 At 16, Millie Bobby Brown shows wisdom beyond her years and has a few words that she hopes can influence her generation and more.

The British actress has been a stand-out child star following her role as the supernaturally gifted Eleven in the sci-fi series “Stranger Things.” However, with her meteoric fame at a young age has come intense scrutiny, whether on social media or news headlines.

For her birthday yesterday, Feb. 19, Brown shared a video on Instagram that began with headlines about her that ranged from her being cyberbullied to being told that she looked like she had gone through menopause.

The rest of the video, which featured Justin Bieber’s newly released single “Changes” as background music, showed the actress happily interacting with fans and looking cheerful in awards shows and interviews. It ended with her in a red dress blowing candles on a multi-layered cake.

Brown said, “16 has felt like a long time coming. [I] feel like change needs to happen for not only this generation but the next…our world needs kindness and support in order for us children to grow and succeed.”

She opened up on what it has been like to receive hurtful words. “[The] last few years haven’t been easy, I’ll admit that.”

“[There] are moments [I] get frustrated from the inaccuracy, inappropriate comments, sexualization, and unnecessary insults that ultimately have resulted in pain and insecurity for me.”

The teen actress remained optimistic, stating, “[I’ll] continue doing what [I] love and spreading the message in order to make change.”

Before turning 16, Brown made her feature film debut in 2019’s “Godzilla: King of Monsters,” established her own production company, PCMA Productions, and released a beauty line last year, Florence by Mills.  /ra