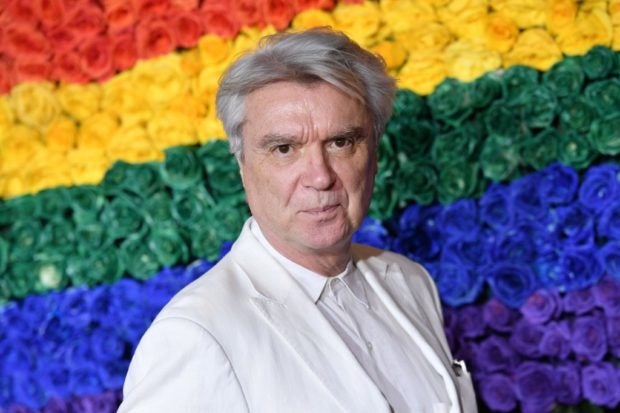 The critically-acclaimed Broadway show concluded its first run on Feb. 16, following a five-month residency at the Hudson Theatre in New York City.

Byrne has now announced that his “American Utopia” theatrical concert will return to the Hudson Theatre for another 17 weeks from Sep. 18 through Jan. 17, 2021.

“It’s become obvious to us in the band, the crew and the producer team that audiences want, dare I say need? To see this show. They’re not ready to have it disappear just yet. We feel the same way, we love doing this show. So, it’s thrilling to us that we can announce that we’ll be back in September,” the former Talking Heads frontman said in a statement.

Born out of Byrne’s 2018 album of the same name, “American Utopia” includes songs from the British musician’s entire catalog, including hits like “Burning Down the House” and “Road To Nowhere”.

Later this February, Byrne and his 11-member band will appear on “Saturday Night Live” alongside host and comedian John Mulaney.

The 67-year-old musician will return on the TV show more than 30 years after his last appearance in 1989, which then coincided with the release of his debut solo album “Rei Mono”.

In addition, Byrne is collaborating with Oscar-winning filmmaker Spike Lee for the film adaptation of “American Utopia”.

Details about the upcoming film are still scarce to this date, although the project was described as a complete visual recording of a live “American Utopia” performance.

“Pinch me. This couldn’t have worked out better for this project. Spike Lee directing and Participant producing — two socially engaged teams, well, three if you count us in the band, coming together in what I feel will be something moving, important, and unlike anything anyone has seen before,” Byrne said in a statement via Deadline, without revealing when the film will see the light of day.

Tickets for the second run of “American Utopia” at New York’s Hudson Theatre are currently on sale.