'I loved it': Korean news presenter goes bra-free for a day for documentary | Inquirer Entertainment

‘I loved it’: Korean news presenter goes bra-free for a day for documentary 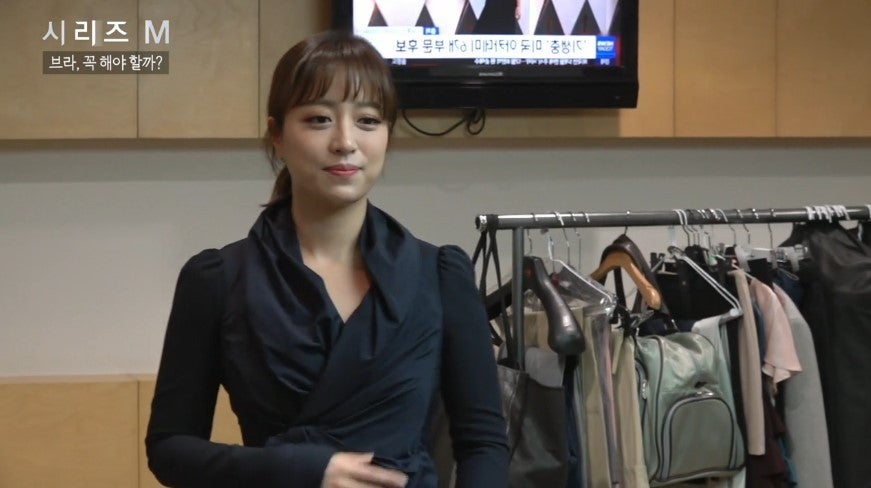 SEOUL — News presenter Lim Hyun-ju has reignited debate on going braless after appearing on an MBC documentary on Thursday.

In the program Series M: Do We Need to Wear Bras (unofficial translation), Lim went bra-free for a day. She prepared for and did a live television show without wearing a bra, and shared how she felt about it afterward.

On Sunday, Lim said people had left hateful comments on her Instagram account after she shared more information and her feelings about the experiment via the social media platform.

In a post on Friday, Lim said that going bra-free felt awkward at first. She found herself covering her chest with a long white scarf, even when she was alone at a photo studio.

“But as I get used to shooting, I naturally took off the scarf. Fitted dress, no-bra and my smiling face. I loved it, ” she said.

Going braless is a controversial issue in Korea. Some claim that wearing bras might be ultimately unhealthy, while others argue that going braless in public is radical and inappropriate.

In her Feb 14 post, Lim spoke out against criticism that women are being provocative, selfish and rude if they appear in public without a bra.

The news presenter added in her latest post that all she wanted to say is that women can choose to go bra-free, though it requires some courage.

This is not the first time that Lim has brought up issues related to women’s right to choose what they wear. In 2018, Lim became the first Korean news presenter to appear on a live news program wearing glasses.