WATCH: The Weeknd drops teaser for fresh album ‘After Hours’ 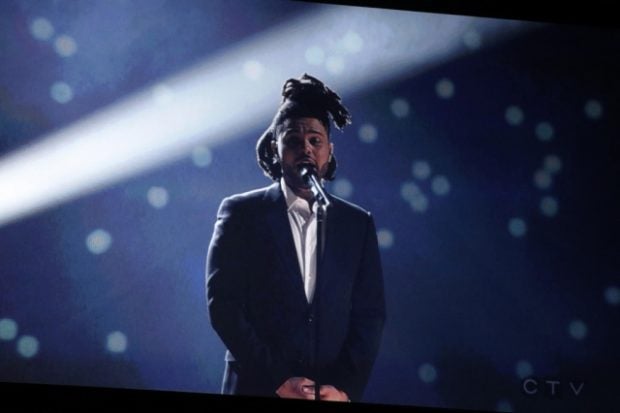 Canadian singer The Weeknd at the Juno Music Awards in Canada, on March 17, 2019. Image: AFP/Lars Hagberg via AFP Relaxnews

The Weeknd has unleashed a teaser for his next album, “After Hours”, as anticipation builds around its yet-to-be-revealed release date from XO / Republic Records.

The record, which is tipped to be “coming soon,” will be the artist’s first studio album since 2016’s “Starboy”, although he did also release the EP “My Dear Melancholy” in 2018.

Keeping the air of mystery he has cultivated throughout his career to date, the singer (real name: Abel Makkonen Tesfaye) unveiled the clip via YouTube and his social media networks on Feb. 14, teasing fans with scenes of him speeding through a dark tunnel in a flashy convertible as the cityscape around him gets turned upside down.

The clip then builds up to a final cut that spells out his new album title, letter by letter: “After Hours”.

In the lead-up to this most recent reveal, The Weeknd has also been busy with live performances on The Late Show With Stephen Colbert and Jimmy Kimmel Live!; has shared one-off singles “Lost in the Fire” (with Gesaffelstein) and “Power Is Power” — a posse cut with SZA and Travis Scott for the Game of Thrones tie-in album “For the Throne” — and, more recently, dropped two brand new tracks, “Heartless” and “Blinding Lights”. RGA