Saoirse Ronan, described as ‘the new Meryl Streep,’ talks about meeting, working with icon for the first time 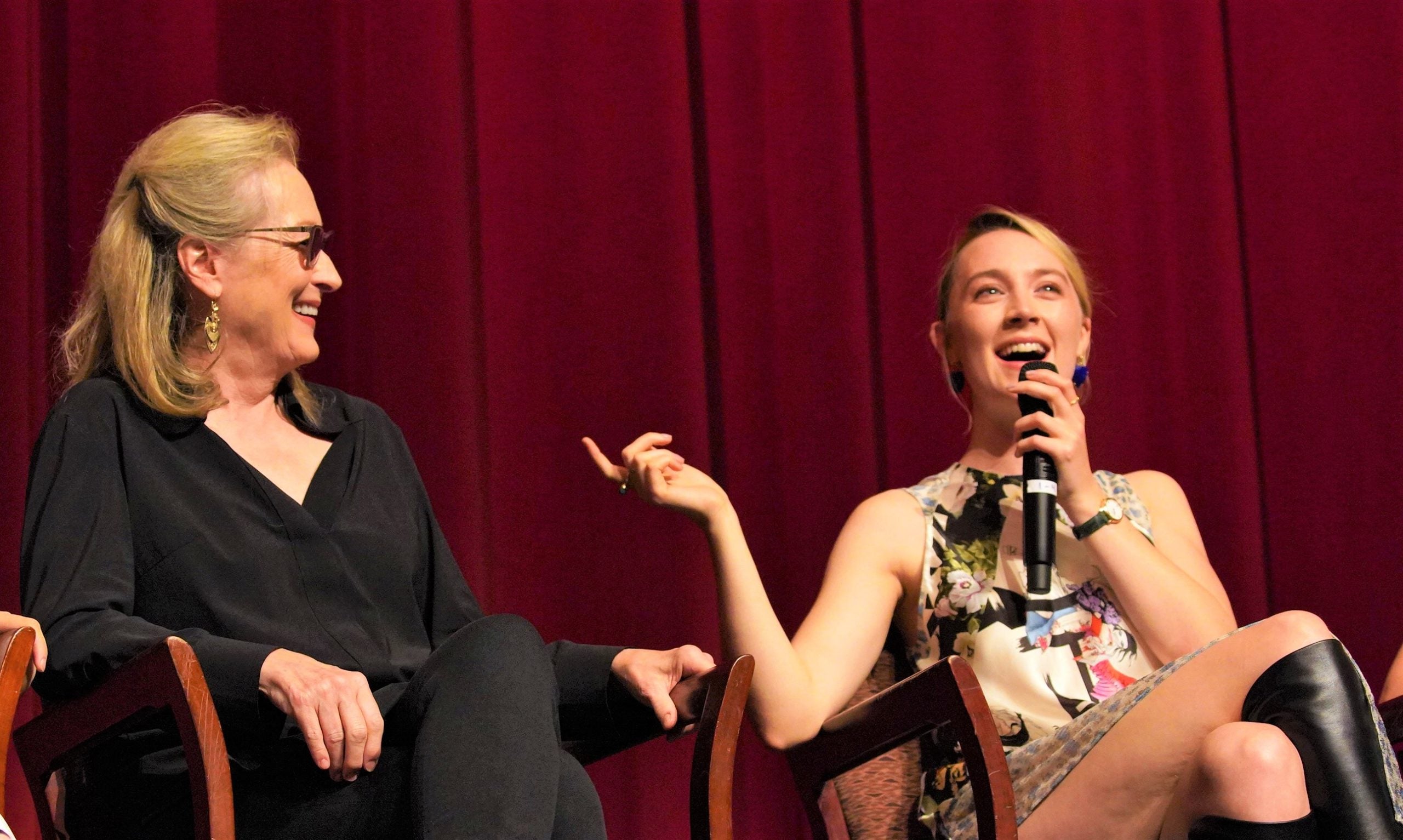 LOS ANGELES—“She gave me the biggest hug. I was no one,” Saoirse Ronan recalled meeting Meryl Streep for the first time when she was just starting in her career.

In “Little Women,” Saoirse, who was described by Ryan Gosling as “the new Meryl Streep,” got to act opposite the world’s preeminent actress, albeit in one scene only. Saoirse and Meryl play Jo March and Aunt March, respectively, in actress-director Greta Gerwig’s film adaptation of Louisa May Alcott’s beloved 1868 novel of the same name. Greta also wrote the screenplay.

Earning an Oscar and Golden Globe best actress nominations for her portrayal of Alcott’s alter ego, the Irish actress is in good company, aside from Meryl. Playing her March sisters are Emma Watson (Meg), Florence Pugh (Amy) and Eliza Scanlen (Beth).

Gifted with an exquisite taste in choosing projects, Saoirse will be seen next in two much-anticipated films, Wes Anderson’s “The French Dispatch” and Francis Lee’s “Ammonite.”

Always turning in impeccable performances in her films, Saoirse, who’s only 25 years old, may indeed be the next Meryl Streep. 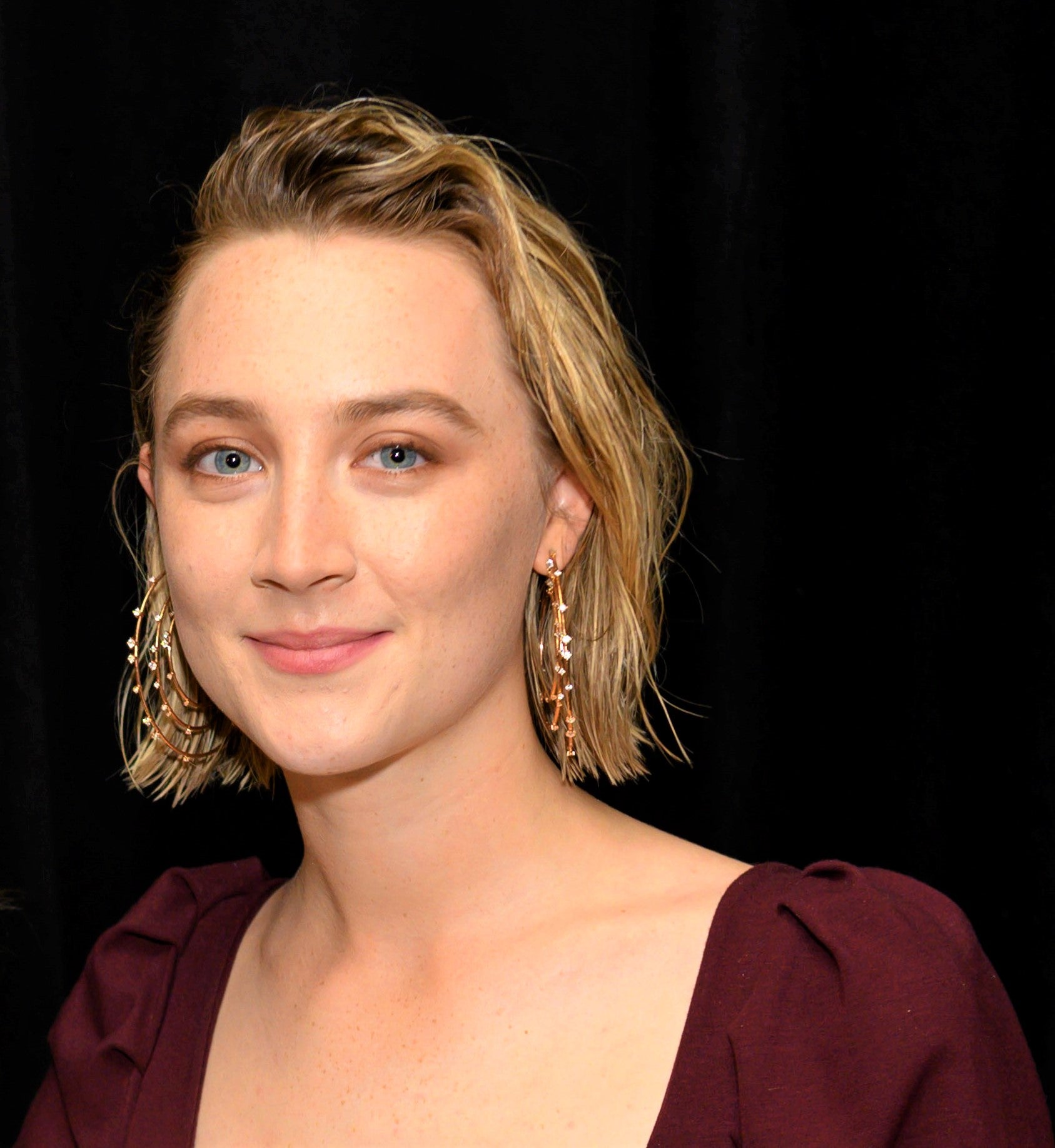 People bring up Meryl Streep because of your resemblance not only in looks, but also in your talents. When did you first meet Meryl and what did she say to you? I met Meryl a few years ago with Stanley Tucci, who’s done many films with her. Stanley and I had done “The Lovely Bones” together and we were at an awards show. I was 15. “The Devil Wears Prada” had come out. I turned to Stanley, and I was, “Oh my God, I can’t believe Meryl’s here.” He said, “Come on, we’ll go meet her.”

So, I met her, and she was so lovely. She gave me the biggest hug. I was no one. I was just some random actress. I’d met her a couple of times since then, so I felt like I knew her a bit already. I’ve worked with Ann Roth, who’s the costume designer she works with a lot. I felt like she was welcoming me in.

And what was it like to work with Meryl in “Little Women”? We had one scene together in “Little Women, which I really liked. It was a standoff between the two of us. I remember going into it thinking, OK just put my own feelings aside about Meryl—I’m just going to be professional and get through the scene.I did it, then as we checked the gate on the last setup, suddenly, I was, oh my God, I got to work with Meryl Streep! I got so emotional, overwhelmed by the fact that I’d worked with a hero of all of us. I went up to her and thanked her.

There was nothing she said in particular that was a word of advice, which is a real testament to her as an actor because she was coming in there as a fellow actor and wasn’t stepping onto the set with this idea of who everyone thought she was. She was an actor. That’s always the most inspiring thing for a young actor to see, when someone who’s such a legend comes in and just wants to get to work. 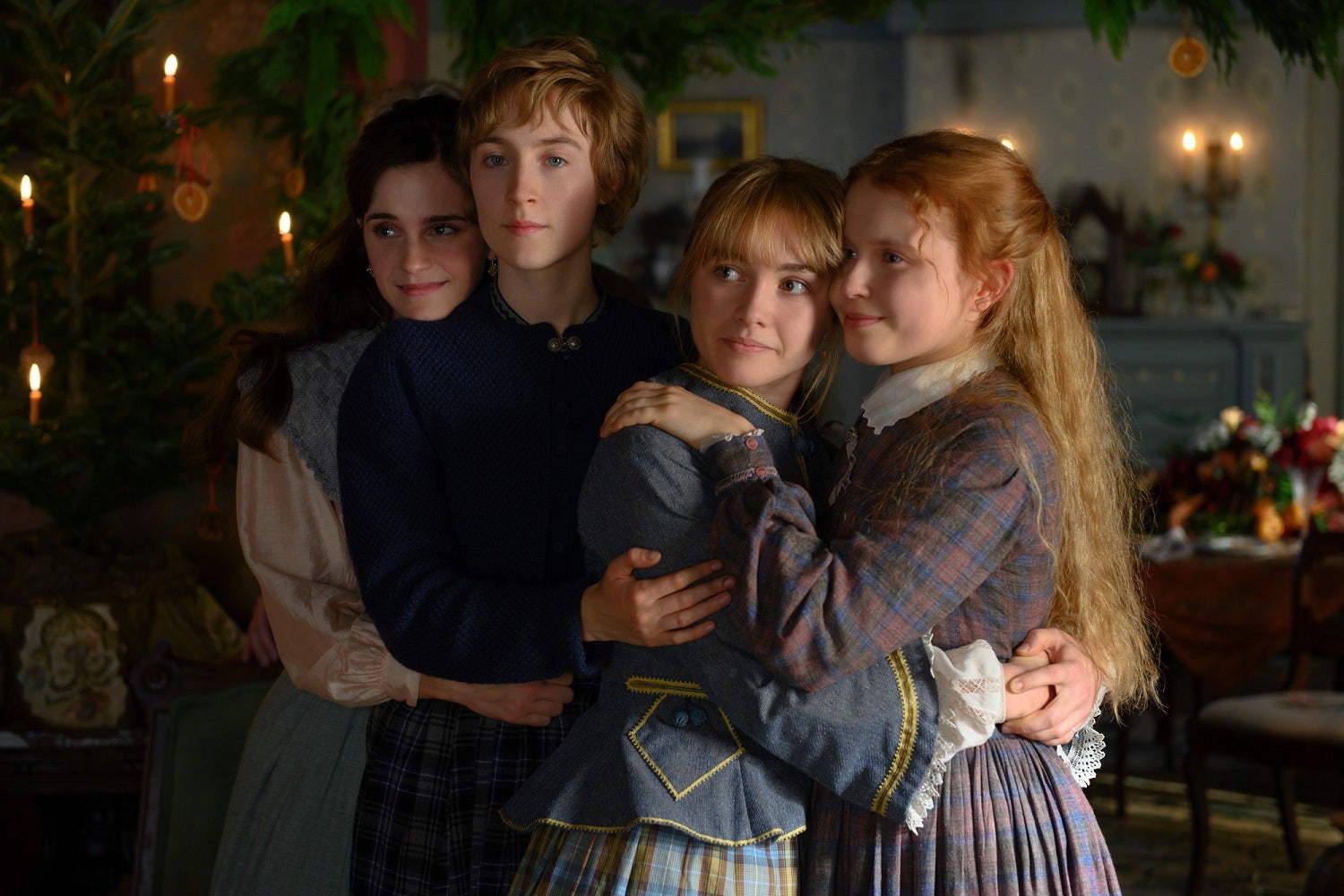 Did playing Jo March change you in any way? I do feel it has changed me. I feel definitely as an actor, getting the chance to play somebody who just gave me the license to do anything, I just felt probably because I was getting to do it with Greta (Gerwig), as well. She was somebody that I trusted so much and I was with actors that I trusted as well, like Timothée (Chalamet) and Tracy Letts, people I had worked with before, and then the girls for the first time, as well.

I’m a real perfectionist about things, but it was the first time ever that I was on a job where I was, I’m going to try something and I might mess it up, and it might not be right, but I want to try it. I’ve never had the guts to do that before to that extent. And being able to get to a stage where I could tap into that and go, I’ll just try it. It’s important for me as an actor to finally feel that way.

So yeah, the way the dialogue is written, there’s such a musicality and an ease to it. It never felt like we just had a line we had to deliver. It was so in our bones—we knew it so well by heart that it was like a part of how we moved and breathed.

I went onto another job straight afterward, and it was another period piece. We just wanted to mess it up, and add more wiggle room into each line, which the director didn’t always love (laughs). But yeah, playing Jo definitely allowed me to have a bit more fun with the text. 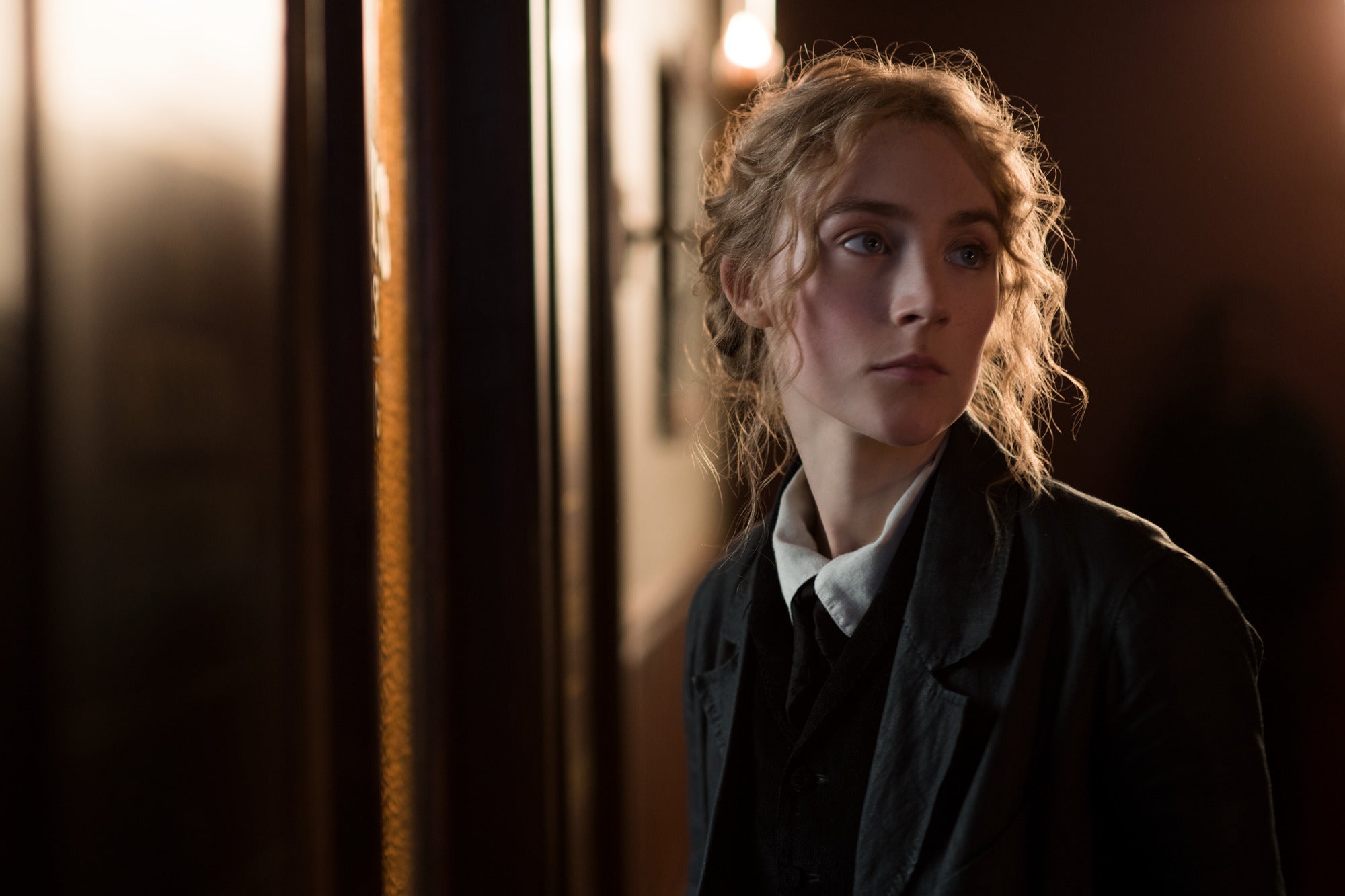 What characteristics do you share with Jo March? We’re both pigheaded, I think (laughs). Jo and I are both stubborn. She’s a much better writer than I am. You see in the earlier part of the film where she drags all her sisters and their friend Hannah to be a part of her play that she’s written. She spent all night going over the scenes.

I used to do that when I was younger. I’d force my friends to make a little short film with me. None of them enjoyed it, but I did because I was in charge. That’s a trait that Jo has, as well.

Jo isn’t keen on getting married. Do you share that, as well? What’s nice is that you don’t need it (marriage), but you can choose to have it, so then it’s for the right reasons. It’s a lovely thing to get married if you want to.

More than anything, it should be like a big party. You see that actually in “Little Women,” when Meg and John get married. It’s a celebration.

And they really love each other. It’s a lovely day that they get to have for all their family and friends. I suppose we can choose to have that or to not have that … and show our love in that way or not. But I also do appreciate and understand Jo’s concerns at that time for getting married to someone, how it would have stripped her of all autonomy and agency really, depending on who she was with.

But all of her property would have been owned by the person she was with. For her, that was incredibly important and a very distinctive thing about her. Her work was everything to her. Even though everyone thought that her hair was her one beauty, for her, her writing was all she had, and that says the most about her. I don’t think that would have been an option for her to give up. 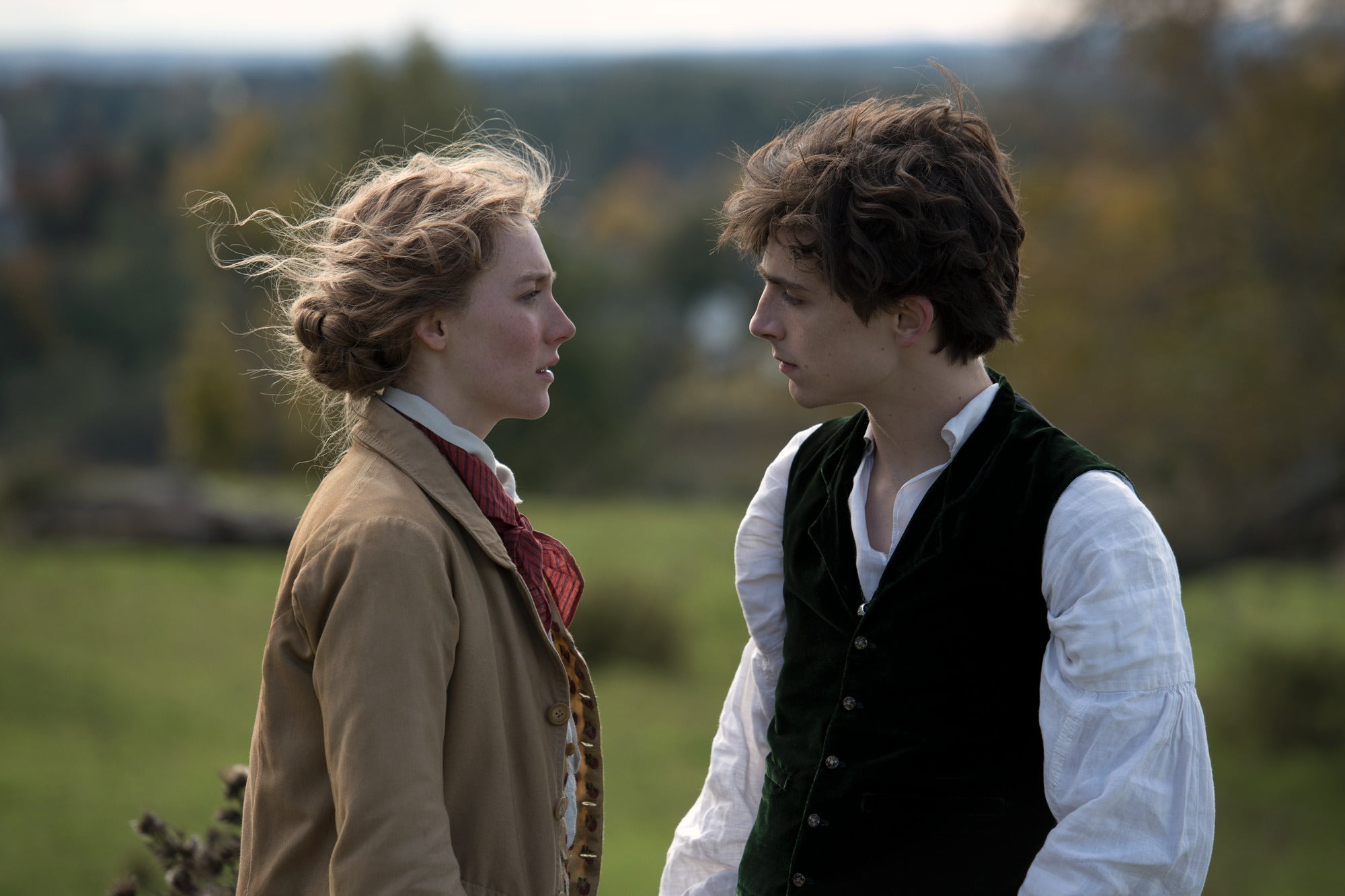 The characters are yearning to get back to a special time in their youth. Is there a time in your life you wish you could get back to? I’m always trying to get back to the mind-set I was in when I was a kid because you just don’t have any of the hang-ups and insecurities yet. And I don’t find it as much now. I hopefully feel like I’ll probably go back into it again at some stage.

When I was doing “Brooklyn” and “Lady Bird,” I was crippled with doubt about what I was doing, performance-wise. I never had that before, ever, when I was acting. I remember being so desperate to get back to the way I felt when I was 12 and I was on “Atonement.”

It all just washes over you when you’re a kid, and nothing really fazes you. You’re just there to have fun and you can only see the good in everything. So, I thought, how do I get back to that? You naturally just get more in your head as you get older. So definitely, as an actor—and probably filmmakers, in general—you try and hold onto that innocence as much as you can.