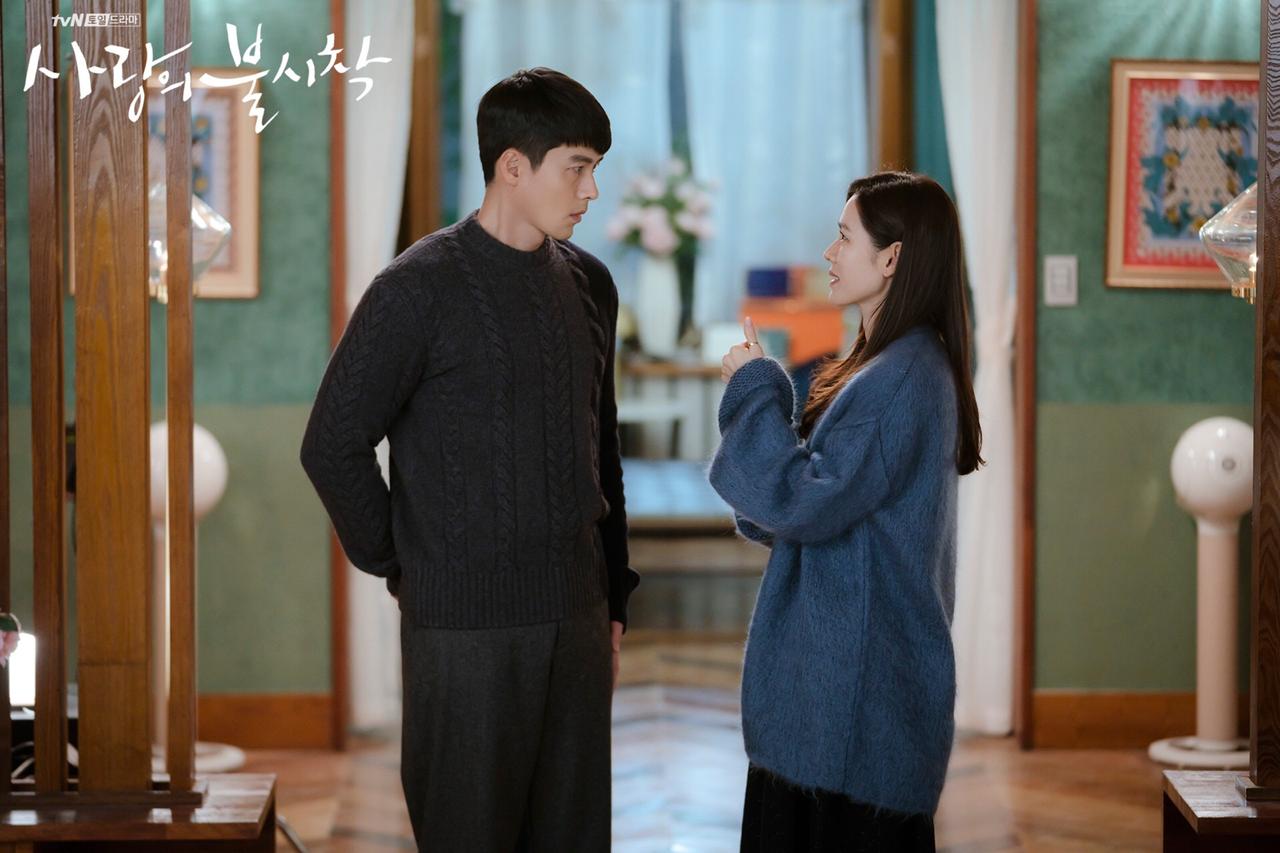 SEOUL — South Korea’s biggest current television hit is a surreally unlikely tale of a billionaire heiress who accidentally paraglides into the North and falls in love with a chivalrous army officer serving Kim Jong Un.

“Crash Landing on You” is unashamedly fantastical in its plotlines but has drawn praise for its portrayal of everyday life in the North, even down to accents and words.

The division of the peninsula is a regular theme in K-drama and K-movies, but it is unusual for so much of a show to be set in the North – in both Pyongyang and the countryside – and defectors have complimented its accuracy.

Portraits of North Korean founder Kim Il Sung and his son and successor Kim Jong Il – father of the current leader – appear on the walls of every home, with propaganda slogans in the streets of the set.

The crew included a writer and an actress from the North: “I felt like I was actually back in a North Korean village,” said Kim A-ra, who played a villager.

The 16-part series reaches its climax on cable network tvN this weekend.

“It changed the stereotypes on North Korea and candidly showed that it too is a place where people live,” said Yun Suk-jin, a professor at Chungnam National University.

It is also a manifestation of how tensions have eased on the peninsula, where fears of war in 2017 were replaced by a rapid diplomatic thaw and a series of summits, although the process is now stalled.

“The series wouldn’t even have been planned and produced under heightened tensions,” Yun added. “Even if it was, it would not have been well received.”

The story opens with the beautiful heiress to a South Korean business empire being swept up by a tornado while paragliding, and crashing on the wrong side of the heavily fortified Demilitarized Zone.

She meets a handsome North Korean soldier – the son of a top military general – and the two fall in love as he hides and protects her.

It is a vanishingly implausible scenario in a one-party state where intruders are jailed and disloyalty heavily punished.

Even more surreally, after she returns South the hero and several comrades slip across the DMZ and into Seoul undetected to save her from a villain.

But viewers have been fascinated by the villagers’ humble lifestyles – the neighbors remain technically at war, with any contact between their citizens banned.

In one scene, a woman places a plastic bag over her bath to keep the water warm for longer. In another, a resident pedals vigorously on a bicycle-powered generator after a blackout to keep the television on.

South Korean fans found it humorous, but defector Han Song-ee was reminded of frequent power cuts in her homeland.

“Every home has a pedal power generator in North Korea,” Han said in a YouTube video. “I cried watching the scene.” 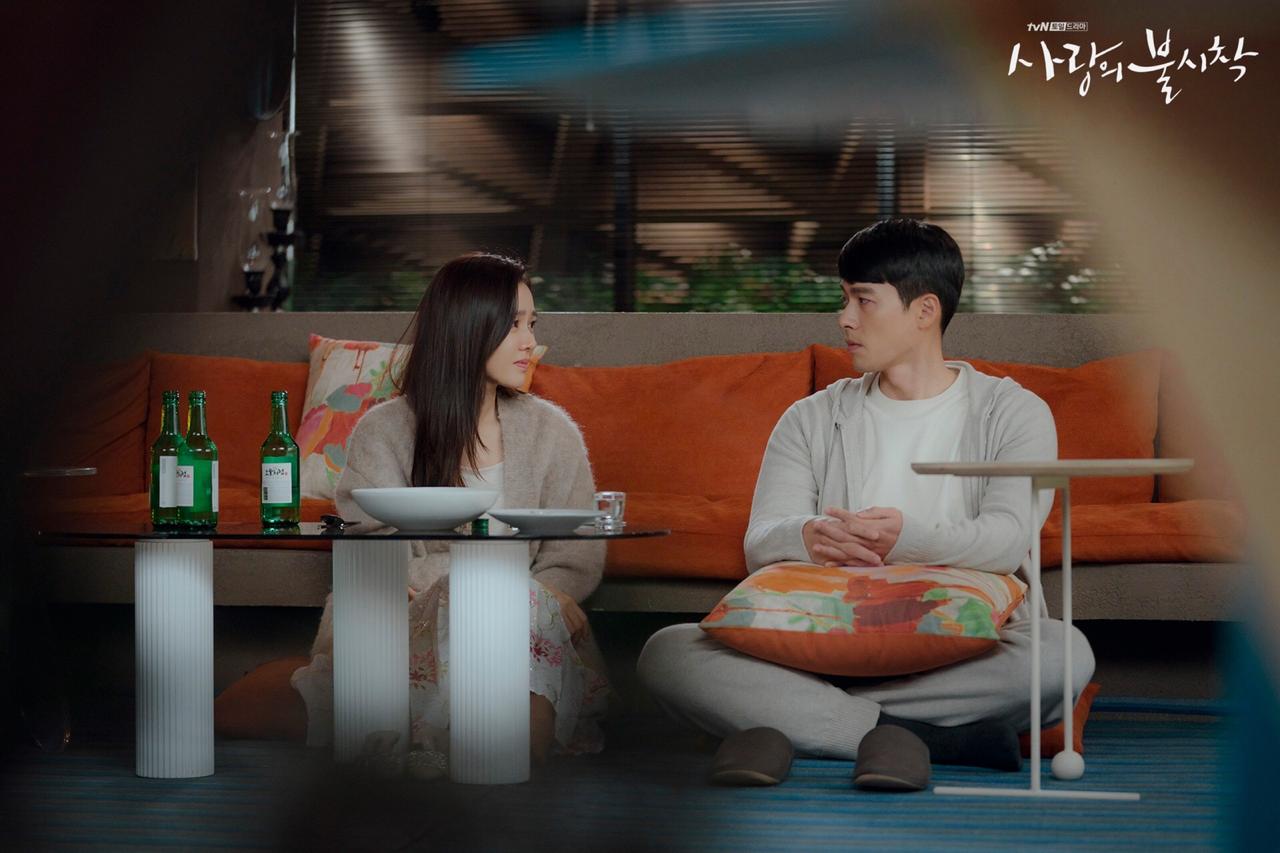 The series portrays North Koreans as being well-disposed towards the South. On a visit to a jangmadang – an informal but increasingly widespread and tolerated black market in the North – a vendor tells the heiress her company’s cosmetics are among her most sought-after items.

One North Korean soldier is a fervent fan of Southern dramas and secretly watches the forbidden clips even when on duty, while a Northern teenager uses the latest Southern slang.

Thae Yong Ho, a former senior North Korean diplomat who defected to the South in 2016, said: “One thing for sure is that if this TV series is smuggled into North Korea, it will be hugely popular.”

Some critics have accused “Crash Landing on You” of peddling propaganda for the North, with a small right-wing group seeking a criminal investigation.

The Christian Liberty Party accused the producers of glorifying North Korean soldiers, who in real life were an enemy that “point their guns and knives at us”.

But the series has the crucial ingredients for commercial success of big-budget production values and a star-studded cast, led by Hyun Bin playing the officer and Son Ye-jin the heiress.

Most fans appeared not to be thinking “too deeply” about the Koreas’ division, said professor Yun.

Kim Eun-ji, a 33-year-old office worker who has freed up her weekend to catch the finale, said: “It’s pure fantasy.”

Read Next
Drake to livestream rap battle competitions on Caffeine
EDITORS' PICK
Diokno to Duterte: OK to make fun of buck tooth, but focus on people’s needs first
10 Filipinos positive for COVID-19 in UK, 7 in Ireland — envoy
Robredo spox thanks Duterte for defending VP’s efforts vs COVID-19
Nograles: Cabinet members to donate 75% of monthly salary to aid COVID-19 fight
Quick chat with Nicole Andersson: ‘You really don’t need much to be happy’
IATF to LGUs: Issue ordinances vs attacks on frontliners, COVID-19 patients
MOST READ
Coronavirus hotbed Rizal to shut borders on April 6
Sotto on Isko Moreno’s call: We do our job without the media following our every move
‘Money Heist,’ ‘Tales from the Loop,’ ‘Killing Eve,’ ‘Never Have I Ever,’ ‘After Life’: Five not-to-be missed series this April
ADB warns PH against prolonged lockdown
Don't miss out on the latest news and information.