Wrong song, you’ll probably say. But as we celebrate Valentine’s Day today, we couldn’t think of a more fitting tune to describe Odette Quesada and Bodjie Dasig’s love story than Willy Cruz’s sweeping ballad, “Love Without Time.” The song, popularized by Nonoy Zuñiga in the ’80s, extols the indomitability and timelessness of true love. It’s the type of song Odette Quesada always writes and sings about, and whose theme (“Though we’ve run out of moments/To save our love in time”) aptly describes the OPM luminary’s fabled love story with her singer-songwriter hubby Bodjie Dasig (“Sana Dalawa ang Puso Ko”), who succumbed to cancer in 2012.

Their romance couldn’t be better-described than in “Habang Panahon,” the love song Bodjie wrote for Odette in 1994 when they couldn’t spend their first Valentine’s Day together as husband and wife. 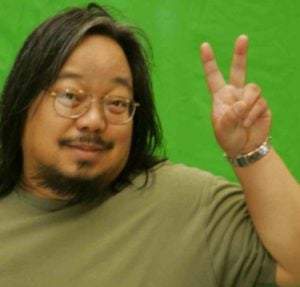 The song, whose lyrics brim with affection, nostalgia and time-breaching devotion, was one of the most moving numbers in Odette’s two-night homecoming concert last month. To be honest, we couldn’t help getting emotional remembering the loved ones we lost—or even those that got away—as Odette scaled its moving melody with as much understated intensity as prescient sentiment: At ’pag lumipas na ang panahon, pagdilat ng ilang taon/At ang naiwan na lang sa akin ay alaala ng kahapon/ Sasabihin nilang lahat, pag-ibig nati’y walang katapat/Walang pinagbago, ikaw pa rin at ako.Hopeless romantics and OPM aficionados went in droves to Maybank Performing Arts Theater last Jan. 17 and Jan. 18 to watch Odette perform in her homecoming concert—a show that she later described at her despedida dinner as “a huge sing-along party.”

The show astutely demonstrated Odette’s ability as a fascinating performer. She knew how to connect with members of the audience, poking fun at herself when she wasn’t ribbing them or making them sing along with her.

And she found a most beguiling “partner” in Martin, who could breathe hilarious life into even the silliest and corniest of jokes. “Look at Odette now,” the Concert King noted as he pointed at Odette’s outfit. “[In the ’80s], she used to look like Liza Minnelli—now, she looks like…Barry Manilow!”Moreover, the irony that none of his hit songs were written by Odette wasn’t lost on Martin, who said, “I am here to represent all the singers you have not written a song for.” Take a bow, Martin—all your numbers, musical or otherwise, were a show-stopping delight!

But the presence of the aforementioned stars didn’t really steal the spotlight from the star of “Hopeless Romantic.” To be honest, Odette’s self-penned hits were more than enough to dazzle viewers and take them on a trip down memory lane.

Among the song performed in the show, accompanied by a five-piece band and two backup singers, were Odette’s jukebox favorites “Friend of Mine” and “Dito Lang,” Kuh’s “Till I Met You” and “A Long, long Time Ago,” Sharon’s “To Love Again” and “You’re the One,” Gary Valenciano’s “Growing Up,” Raymond Lauchengco’s “Farewell” and “I Need You Back,” Ariel Rivera’s “Ayoko Na Sana,” Ric Segreto’s “Give Me A Chance” and “Don’t Know What to Say (Don’t Know What to Do),” Lea Salonga’s “You’re My Home,” David Pomeranz’s “My Favorite Story.”

Sorely missed was Verni Varga’s hard-to-cover signature hit, “Love Me Again,” which should find its way into the hit-driven repertoire of “Hopeless Romantic 2 Love Again,” the repeat concert scheduled on March 27 and March 28 at BGC Arts Center.

It’s incredible how word of mouth could drive a concert’s success—which worked wonders for the first show, “Hopeless Romantic.” Producers Rowell Santiago and Noel Ferrer had limited time to drum up interest for it, so we quickly invited Odette to drop by the Inquirer office for an interview as soon as she flew in from LA, barely six days before the concert series was scheduled to open last Jan. 17.

We knew the show was going to be the hot ticket in town, but we didn’t realize just how eagerly awaited Odette’s concert was until we were told that there were no tickets left before the show. It was so popular that Rowell and Noel had to release SRO (standing room only) tickets to give in to the demand for them.

For those who missed the series last month, you have another chance to keep Odette and her stellar guests company, but tickets are running out fast—so, get them now at 8891-9999. Don’t say we didn’t warn you. Going back to “Habang Panahon’s” inclusion in the concert, Odette explained to us why the performance was accompanied by a picture of two kids—a tall girl and a boy—in an intimate huddle. “This picture reminds me so much of us—Bodjie was 5’6” and I’m 5’9” (laughs),” she disclosed.

“During the Valentine season after we got married, I went on a working tour in Europe, and Bodjie had his own gigs outside Metro Manila, so we couldn’t really spend Valentine together,” Odette recalled. “So, when I was in Germany, I bought him a nice pair of leather boots I thought he’d like.

“But when I got home, what does he present me as a gift? ‘Habang Panahon’! He said he missed me so much while I was away that he wrote and recorded a song for me. Kasi, throughout our ligawan, he would always write a song for me. So, he topped me again.

“Now more than ever, ‘Habang Panahon’ holds a deeper meaning. It was a foreshadowing of death. That love is an undying feeling, and it goes beyond death. ‘I will forever love you’—ganun s’ya mag-isip. “When he wrote that song, that was what he was trying to convey. (At this point, Odette sings its lyrics…) ‘Kung isang araw na lang aking itatagal dito sa mundo/Gagawin ko pa rin ang lahat ng nakasanayan ko/ Kausapin ka sa umaga, at mahalin sa buong gabi/Walang mababago, ikaw pa rin at ako…’ “He recorded it for his band (Bodjie’s Law of Gravity), but it wasn’t really that sad. But ‘Habang Panahon’ took on a different meaning later when he passed away. For a long time, nahirapan akong kantahain ’yan. Now, I’m ready to sing it again.”