How Kim, costars avoid upstaging each other 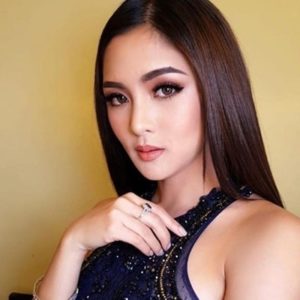 “With them, I always have to be ready or else I’d be left behind,” replied Kim Chiu when Inquirer Entertainment asked her and all the female cast members of the ABS-CBN drama series, “Love Thy Woman,” how they make sure not to upstage each other.

“They’re all generous actors. They help me by providing the right emotions I need in order to portray my character well. But I noticed that they already have their game faces on when they arrive on the set. I would tell myself, ‘Kapit, Kim! Huwag ka magpapaiwan!’” the actress said during a recent media gathering. “They’re all very intense and alert. Walang tapon sa mga eksena namin,” she declared.

Kim leads the cast of female actors who portray strong-willed characters in the series, which aired its pilot episode on Feb. 10. She is working closely with Eula Valdes, Zsa Zsa Padilla, Ruffa Gutierrez, Sunshine Cruz and Yam Concepcion. Also part of the cast are Christopher de Leon and Xian Lim.

Eula said the first thing to do to avoid upstaging a coactor would be “acknowledging who owns the particular scene you’re shooting. When it’s my turn to lose the argument or confrontation, I would tone down my acting and make the other actress win,” she explained. “You should know when to give that to your coactor. After all, the scene can’t end with both of you screaming at the top of your lungs. That would be too noisy.”

Luckily, Eula said that in the years she has worked for TV and the movies, she has never encountered anyone who would deliberately upstage her. “We’re more concerned with the outcome of the project,” she said. “If I feel that one take isn’t good enough, I refuse to give that a ‘go.’ I’d ask for another take until we do it right. It’s all about teamwork.”

Zsa Zsa agreed: “Eula and I would have several confrontation scenes in this series, but we always know what to do. There’s give-and-take in every scene. It’s easier for the two of us because my character is always quiet and timid.”

She further explained: “A project is a good one if everyone cooperates. I’m working with an ensemble that’s very giving. We care about coming up with a good product than finding ways to uplift ourselves as actors.”Ruffa, whose last soap series for the Kapamilya network was “I Heart Betty La Fea” with Bea Alonzo, said she has never experienced getting upstaged by a costar, “even though Bea and I had a lot of confrontation scenes,” she pointed out. “For this series, I have many scenes with Eula, but my character is the happy-go-lucky type and is very campy. Eula would just raise one eyebrow at her to dismiss her.”

When you work with professional actors, Ruffa said, “great acting” rubs off on you, as well. “If I’m made to work with inexperienced ones, I’m always patient. I remind myself that once in my life, I was 13 years old and didn’t know how to speak Tagalog yet,” she said. “It’s not my job to scream at nonperforming coactors—that’s the directors’ job.”

Sunshine, who plays the second wife of Christopher de Leon in the series, said she would shiver with fright whenever she had to shoot a confrontation scene with Eula, who plays the legal wife. Sunshine said, “We all try to help each other here. I’ve never been upstaged as an actor, although this happens a lot during live performances, especially when you’re singing with a group. There’s one person who would always sing louder and higher than the rest—bibirit bigla.”

Yam said she’d rather not think of the idea of sapawan at all. “It’s such a negative word. For me, this is just work,” she pointed out. “That’s why in my scenes with Kim that require slapping and pulling of hair, we would always talk first. Everything is rehearsed so we don’t end up hurting each other.”

“Love Thy Woman” director Andoy Ranay said it’s his and codirector Jerry Lopez Sineneng’s responsibility to block the actors based on the script and camera angles.Jerry said he was “glad to be working with professional actors. The most that I do with them is say, ‘In a scale of one to five, with five being the highest, give me acting that’s level No. 3 … I never worry about who would upstage who,” he declared.