Jennylyn on Dennis: He is my greatest love 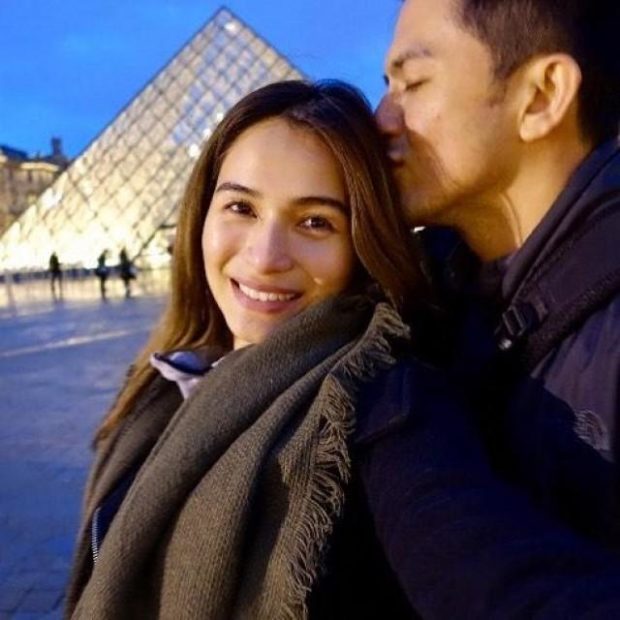 Everything is coming up roses for Jennylyn Mercado this month of hearts. She and her beau, Dennis Trillo, join forces in a post-Valentine concert, aptly called “Co Love Live” on Feb. 15, 8 p.m. at New Frontier Theater.

Jen also top-bills GMA 7’s adaptation of the well-loved Korean series, “Descendants of the Sun” (DOTS), which premieres tonight (after “Anak ni Waray vs Anak ni Biday”). She plays Dr. Maxine and is paired off with Dingdong Dantes, who portrays Captain Lucas.

Their characters’ romance is off to a rocky start, however. She tries to distance herself from him and his dangerous job but gets drawn to him, instead. What she resists will persist.

Even if Jen is a Kapuso, she has been tapped several times to be the leading lady of Kapamilya actors—that’s how bankable she is. After Jen’s Metro Manila Film Fest (MMFF) hit movie with Coco Martin, which capped off her 2019, she’s all set to keep soaring this 2020. No descent, all “sunny” for Jen.

Here’s my chat with Jen:

How’s the Filipino adaptation of “DOTS” different from the original Korean version?The main difference is that, in the Filipino version, our culture is infused into the story line.

What touched you about its story?I liked how it was able to show the passion and sacrifices of medical personnel and the military to serve and protect us.

Do you check out the rival show of any series that you’re in, or do you just focus on doing your thing?I never check out a rival show. I don’t let competition get in the way. I would rather focus on my own performance and how I can make it better. Also, audience feedback is what I tend to put more effort in knowing, so I will know how to cater to their expectations from me as an artist.

In your “Co Love Live” repertoire, which production number is the hardest one, and which one is your fave? Definitely, it’s the “Breakup Medley.” I won’t reveal what songs are included, so you have to watch the concert to find out. But it’s my favorite number, and hardest one to do because aside from the difficult nature of the songs, it’s also the most honest number I have to do in the show.

At this point of your relationship, what’s your song for Dennis (Trillo)?

“I Will Always Love You,” by Whitney Houston.

When your son, Jazz, is old enough, what love advice will you give him?To love himself first. He has to feel that he is complete as a person, so he won’t have to rely on others for his happiness. It has to start from within.

What’s something you want to improve on this 2020?I want to be less impulsive when it comes to decision-making. When I want something, I do it right away without giving it much thought. Hopefully, this year I will be more cautious.

What made love lovelier the second time around for Dennis and you? We have evolved from the first time we were together as a couple. Iba na kami bilang tao. There’s more maturity on both sides.

Do you see yourself being married to Dennis someday? If so, what makes Dennis husband material?I can’t really say. Let nature take its course. But what I can definitely say is that he is my greatest love. He’s a man who is passionate, understanding and loves his family. Those traits are what I look for in a husband. INQ