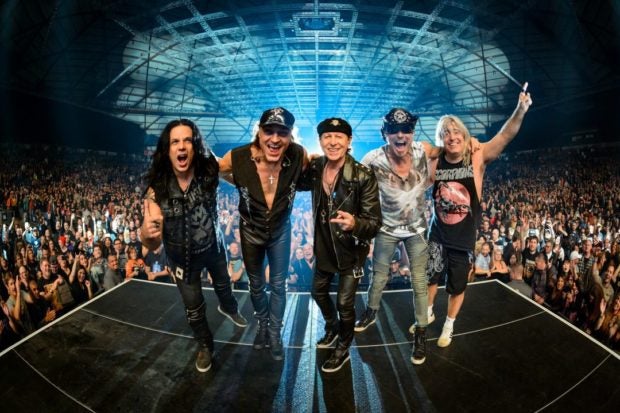 The German band Scorpions, whose popular rock hits have become karaoke staples here in the Philippines, is set to hold a concert on March 7 at the SM Mall of Asia Arena.

Mounted by Insignia Presents, the one-night show is the final stop of the group’s “Crazy World” concert tour, before it kicks off its “Sin City Nights” headlining residency show in Las Vegas in July (call 84702222).

It wasn’t until the 1970s, however, that the group started to achieve commercial success worldwide.

The five-man band, whose musical style ranges from hard rock, heavy metal to power ballads, is behind the well-loved rock anthems, “Rock You Like a Hurricane,” “No One Like You,” “Still Loving You” and “Wind of Change”—some of which have made it to various “greatest rock songs” lists.

Regarded as one of continental Europe’s most successful bands, the Scorpions has 18 studio albums under its belt and has reportedly sold over 100 millions records worldwide.—ALLAN POLICARPIO INQ