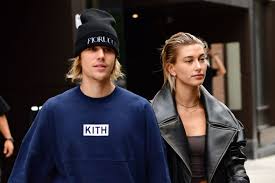 Justin Bieber does not tire of proclaiming his love for wife Hailey Baldwin. “I don’t post anything, or to try and make people believe I love my wife. I simply think it’s an honoring thing to do, publicly acknowledging your significant other! It’s like we’re all okay with acknowledging an achievement or award, but think there has to be something shady about saying something publicly about the one you love. I have nothing to prove by saying I love my wife. I just think there is power in putting your wife on a pedestal! I like to make my wife feel special and valued. I’ve done a lot of cool things but I don’t think anything comes close to as cool as that,” he said on Instagram.

The Canadian pop and R&B (rhythm and blues) superstar was among those devastated by the sudden death of basketball superstar Kobe Bryant in a helicopter crash. “It can’t be. You always encouraged me, Mamba (Bryant’s nickname). Gave me some of the best quotes that we smile about to this day! Love you man!”

The Instagram post was accompanied by a photo of a very young Bieber with Bryant’s arm around him.

Singer/songwriter and pianist Alicia Keys, who turned 39 on Jan. 25, used Instagram to thank everyone who remembered her special day. “Birth vibes! Thank you for the birthday love today! Feeling amazing!”

Keys will have a series of concerts between June and September starting in Dublin, Ireland and ending in Florida, United States. In-between, she will be in the United Kingdom, Belgium, Germany, Sweden, Norway, France, Czech Republic, Spain, France, Poland, Switzerland and Luxembourg.