Charlie Hunnam on his BFF Guy Ritchie and more 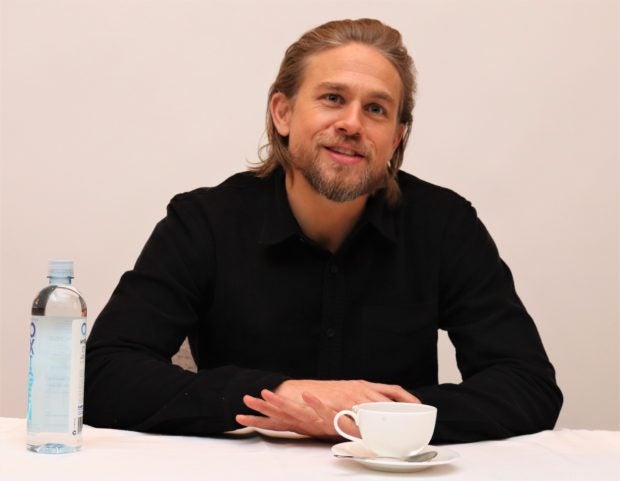 LOS ANGELES—How Charlie Hunnam got Guy Ritchie to cast him in the title role of “King Arthur: Legend of the Sword” is classic movie lore.

Crestfallen that the director did not even want to consider him for the part, the LA-based Charlie bought a plane ticket and flew from the United States, where he was then filming “Sons of Anarchy,” to the United Kingdom. The actor, a big fan of Guy’s films, got himself invited to tea with the filmmaker at the latter’s home. He launched his charm offensive.

After two hours, Guy offered Charlie a chance to read for the plum part. Of course, we know what happened afterward. Charlie got to be Guy’s King Arthur, but as he himself said in our recent New York interview, the movie “was such a disaster.” The film tanked at the box office and with the critics.

Thankfully, the two Brits’ new friendship survived the failure of their first collaboration. They have become BFFs and in fact, dared to work together again in the crime caper, “The Gentlemen.” Charlie plays the right-hand guy of Matthew McConaughey’s character, an American with a successful marijuana business in the United Kingdom.

But most of Charlie’s scenes are with Hugh Grant, who portrays a sleazebag private investigator trying to extort money from Matthew’s crime boss.

Why did you want to work with Guy Ritchie again?

The first time (“King Arthur: Legend of the Sword”) was such a disaster (laughs) that we thought we should try to right the scorecards and get a win this time. I just love Guy. I became close to him in the first movie that we did. Every time I go to London, he’s one of three people I make sure I see.

I was just starting my career when “Lock, Stock and Two Smoking Barrels” and “Snatch” came out. I always had a burning desire to be in one of those classic Guy Ritchie type of movies. And so, doing this film was a no-brainer.

When you hang out with Guy, is he as funny as he is with his scripts?

When you spend time with Guy, then watch his films, you’ll see that there’s so much of him in them. In a way, the result of his films is such an acute reflection of who he is.

He’s the best dinner party host I’ve ever come across because he can wax lyrical on philosophy, history, theology and also make you laugh all the way through dinner.

It’s engrossing to watch you and Hugh Grant just talk in this movie. Most of the time, your character just listens to him. Are you a good listener in real life?

What was your question (laughs)? I’ve had this experience with Hugh a couple of times now, so it puts a bigger onus on my participation in the scene. It’s very hard to be in a scene with multiple actors and not have anything to say. You end up working five times as hard to make the day interesting for yourself. Also, you feel like you’re adding value to the scene without doing something that’s distracting and unnecessary.

I had that experience when I did “Triple Frontier” for Netflix, with Ben Affleck and Oscar Isaac. I had a couple of lovely scenes, which were the reasons to do the movie. We shot those early in the process.

Then, I found that I had 10 weeks of just sitting around in the background doing nothing, just watching Ben act (laughs). It was a real treat because I’m a Ben Affleck fan, but after a couple of takes, you start to think, what the hell am I doing with my life (laughs)?

But, in “The Gentlemen,” as I’m sure you will agree, Hugh was spectacular. I know for a fact I’ve never been more impressed with a costar. There were about 40 to 45 pages of dialogue that Hugh delivered over the course of four and a half days. I was just enjoying the performance and watching it. 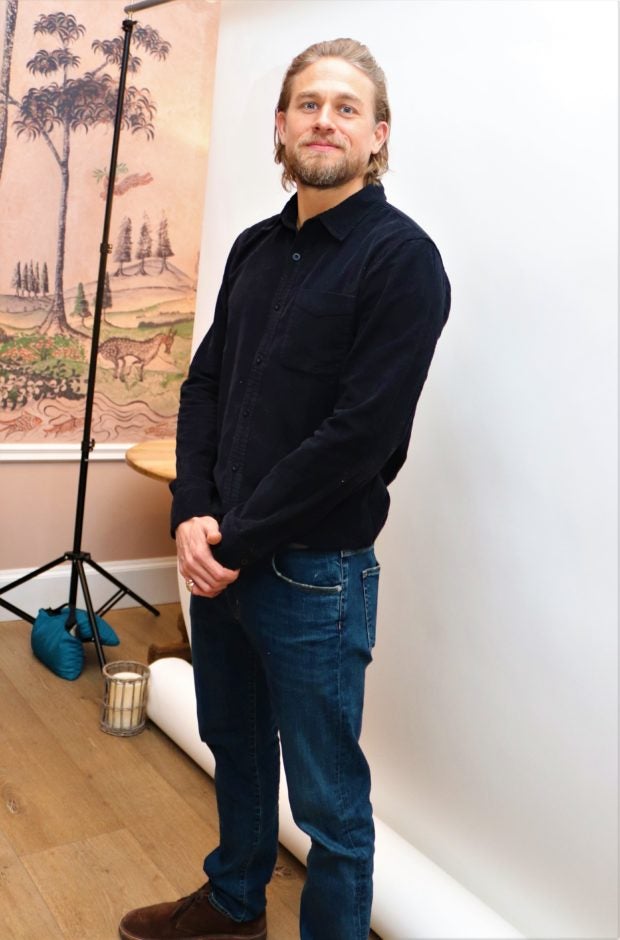 How did you find your inner gangster for this movie?

Actually, while we were shooting the movie, it was unclear what my character’s true intentions were regarding Matthew (McConaughey), whether he was loyal till the end or if he actually had an ulterior agenda.

Were you in India for work or pleasure?

I did both in India last year. There was a promise of something that I was talking about doing that would take me to India. I’ve been working nonstop for 18 months and had been neglecting my relationship. My girlfriend (Morgana McNelis) had always wanted to go to India, so we decided to go for a month. Just the two of us, with no plan at all.

We had a hotel the first two nights, then we just went where India wanted us to go, which was incredible. I’d never traveled that way before.

I was in India for about three weeks, and went to Australia for a couple of months. Then, I was in India [again] for two and a half months. We’re doing an adaptation of the novel, “Shantaram.”

What did you learn from your stay in India?

I learned what it is to truly fight for one’s life. I got incredibly sick while I was there. I never got food poisoning, but I got a stomach infection, a very significant lung infection that went around the entire crew, which turned into a sinus infection.I got conjunctivitis in both eyes, an ear infection, strep throat, got bitten by a mosquito and got dengue fever. Dengue is about as serious a virus as you can get while you’re working 80 hours a week. I never felt like I was actually going to die (laughs), but felt like if it got any worse, I’d really be in bad shape.

Was it your first time in Asia?

I’ve been to Southeast Asia a lot. I’ve been to Vietnam, China, Thailand a few times. Last year was my first time in India. The people of India are some of the most beautiful I’ve ever encountered, in the face of enormous hardship.

We were in some places that were exponentially poorer than anything I had ever been exposed to before. But the joy, lust for life and kindness that those people show to each other on a day-to-day basis is really inspiring and humbling.

Hunnam (right) with Matthew McConaughey in “The Gentlemen” —STX FILMS

The film’s story is driven by money. When you were growing up, how important was money to you?

I grew up in a fairly humble household, at least on my mom’s side. My dad was a bit wealthier. But I grew up very acquisitive. I wanted money.

I was confused in my expectation of what money would bring. What I found over the years is, beyond the luxury of not having to worry about money, money doesn’t really bring any happiness.

But to me, the driving force of my life is a quest for purpose. Money doesn’t factor into that at all.

Your health problems must have dampened your holiday with your girlfriend in India.

Unfortunately, during that period of time when I got very sick was when I was working. My girlfriend was doing a college course in Los Angeles, so she wasn’t with me.

She must have been very worried for you.

She was very concerned about us continuing, going back to India, because we were only there for three and a half months and all of that happened. To continue the season, I’ll be going back for another five months starting in February. I’m spending an enormous amount of time there, so she’s certainly concerned.

I’m trying to educate myself and setting up provisions, so hopefully, I won’t encounter those things again.