Coney on Vico running for President: One day at a time | Inquirer Entertainment
Close
menu
search

Coney on Vico running for President: One day at a time 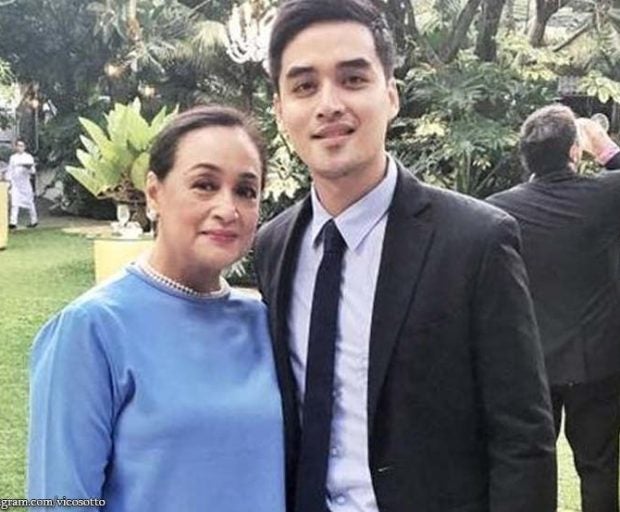 Only seven months in office, Pasig City Mayor Vico Sotto has already been earning praises for his brand of governance and leadership, even from people from other cities. And his mother, ve­teran actress and television host Coney Reyes, couldn’t be any prouder of her son.

“I’m grateful to the Lord for what He has done for Vico and what He’s doing through him now. I just pray that he fulfills his calling in life, the destiny God has called him to do. I pray that he always looks after the needs of others and that he remains a humble man,” she told reporters at a recent press confe­rence for the upcoming GMA drama series, “Love of My Life.”Because of Vico’s po­pularity, not a few people, especially those on social media, are already urging him this early to run for President in the future. But her son isn’t one to look too far ahead.

“As my son would always say, ‘One day at a time.’ There’s a lot of work to do as a mayor. He’s not even qualified yet, age-wise. He’s the type who focuses on the tasks and problems at hand, and finishes what needs to be done,” she said. Many observers attribute Vico’s work ethic and character to Coney’s upbringing. But she refuses to take all the credit.

“It’s a blessing to have been entrusted with a son like him. He says that much of who he is right now is because of me. And I thank him for giving me credit. But our family and friends from Church have been a big help, as well,” Coney said. “I believe that if you guide a child toward the way he should go in life, he will never depart from it.”She used to be more of a disciplinarian, especially when Vico was a child. But now, confident in how she raised her son, she just lets him do his own thing.

“I know God will give him everything he needs to accomplish his work. He’s now 30—a grown-up. So I don’t have to follow him around. I don’t really meddle. If he asks me for my opinion or suggestions, which is seldom, I would probably ask him for his opinion, instead,” she said of her son with Vic Sotto. 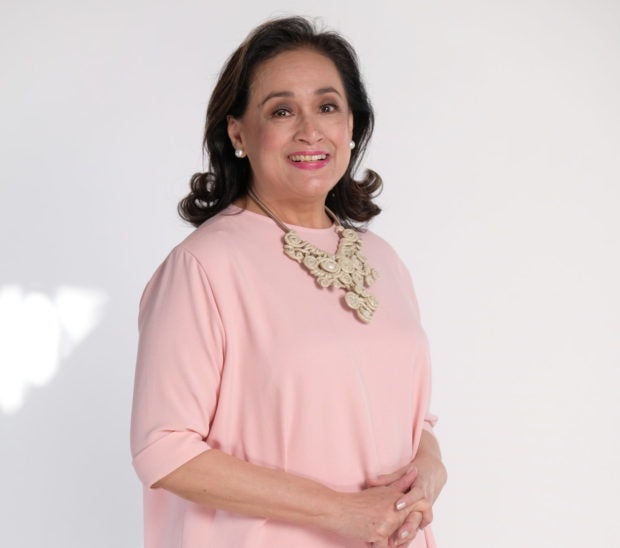 All she could do, she said, is to remind Vico to always “trust and look to the Lord.” “We pray together. I pray for him on my own. I ask Him to grant my son wisdom and discernment. I pray for his constituents in Pasig. I pray for the entire country. I hope He guards our hearts from greed, complacency and apathy,” she related.

And the same goes when it comes to her son’s love life; Coney doesn’t pry about whom or if he’s dating someone. “Hindi ako tsismosa, eh!” she quipped, laughing. “If there’s someone [special], my son would tell me. Kung wala, eh ‘di wala … I know that God is preparing him and somebody … I want someone God wants for him. ’Yung swak talaga.”What about her love life? “It’s not in my heart’s desire. I have so many things to do,” she said. “And I’m content with where I am right now. I feel so blessed.”

“Love of My Life,” which airs weeknights beginning Feb. 3 and stars Carla Abellana, Mikael Daez and Rhian Ramos, will have Coney pla­ying Isabella—a character who shares her fierce love for her children. “We both love, fight for them,” Coney said, adding that she decided to take on the project, after a much-needed break after the campaign season. “I really wanted to rest after that. And when I was finally ready, it so happened that GMA 7 came up with this offer,” said Coney, who has no plans of retiring from show biz. “I do pace myself. But I love my career, and I think I will continue acting till my dying day. Learning is a continuous process.” INQ