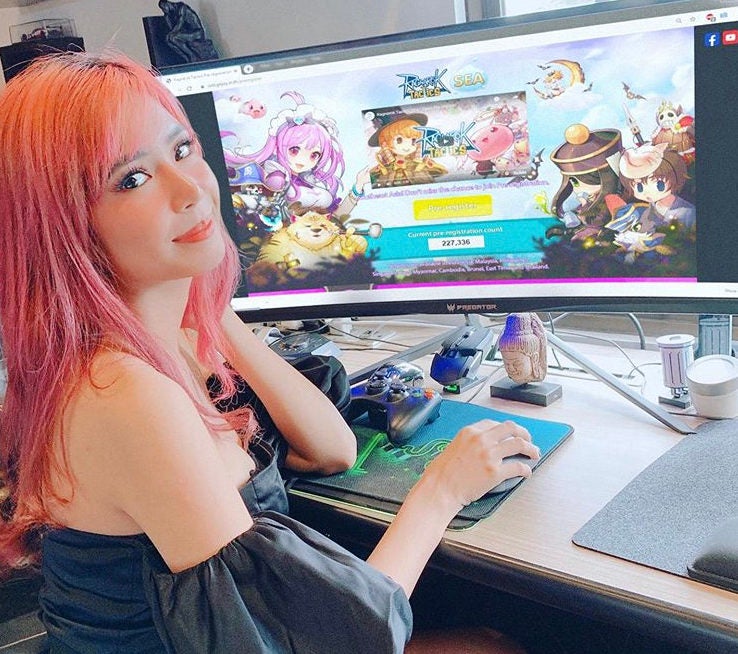 Myrtle Sarrosa isn’t usually the type who feels the need to share every morsel of her life with the public.

But at a recent media gathering for her new endorsement, she did let on that she would give a portion of her earnings from the said deal to the victims of Taal Volcano’s recent eruption, after being asked by reporters if she has taken part in any relief drive or effort.

“I always take the time to watch the news to know what’s happening around me. This is my first endorsement for the year, and I have promised to donate a part of what I get,” she related at her recent launch as the new brand ambassador of Nouvé Eau De Toilette fragrance collection.

“I’m hoping to share the blessings God has given me with those in need,” added the 25-year-old actress, who starred in three movies last year, including “Ang Henerasyong Sumuko sa Love” and “The Annulment.” She’s also part of the zombie film “Block Z,” which is currently in cinemas.

Still, Myrtle believes that it’s also OK if people choose not to publicize their charitable works—even though it sometimes makes bashers assume that they’re not doing their part to help. Anyway, she tries her best not to get sucked into social media.

“I try to limit my time on it because I have realized that when I’m too exposed to it, I lose time to reflect or think,” said Myrtle, who won the reality talent tilt “Pinoy Big Brother: Teen Edition 4” in 2012.

Outside acting, Myrtle continues to do cosplay, which is what she was known for before entering show biz. “I still enjoy taking part in cosplay events. It’s nice to see that the community has grown a lot bigger than what it was when I was starting,” Myrtle said. “Whenever I come across an anime I love, it inspires me to cosplay the characters I love.”

Her passion for cosplaying is something she doesn’t think she will outgrow. In fact, it would be interesting, she said, if she could date someone who’s also into anime and video games. “That would be something nice to have in common.” —ALLAN POLICARPIO