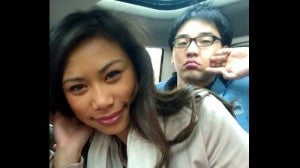 Aspiring singer Heejun Han may have been recently bumped off “American Idol,” but his budding friendship with Jessica Sanchez is something he will always remember.

“She’s an amazing woman, a great artist, a star you guys should really be proud of,” the Korean American from Flushing, Queens said.

Han was working with a nonprofit for children with special needs when he decided to try his luck at Idol. He finished ninth place. This, after a well received performance of Leon Russell’s “A Song for You” and standing ovations from all three judges. He is the first Korean to make it to the Idol finals.

What saddened him is that he didn’t get enough votes to save him. That’s why he finds the Filipinos’ overwhelming support for Jessica incredible.

“She’s 16 and she’s doing all that, and getting a lot of support from you, guys. She deserves to win,” said Han.

He described Jessica as shy and soft-spoken.

He said he also came to know Jessica’s mother Edita who was always with her daughter to Idol performances.

“I’m friends with her mom since she’s always there with her,” he said.

Reflecting on the reality show nature of Idol, he said, “It’s one of those games (where) you’d have to play well in every round. I just thank all the people who have supported me.”

“It’s ironic, people vote for you even when you are not singing great but you’ve got to have a great personality, then it’s OK. And then people are still gonna vote for you if you have a good voice and no personality,” he explained.

In the end it’s not really about singing, he said. “It’s about (the judges) picking their favorite person to be on the show. I guess that’s how it’s supposed to be.”

Meantime, Filipinos across the globe continue their campaign for Jessica. In two months, it will be known if Jessica will become the first Filipino ‘American Idol’ or if she will go the way of others before her – Jasmine Trias,  Thia Megia and Ramielle Malubay – who finished respectably but did not get the cash, the record deal and the crown.