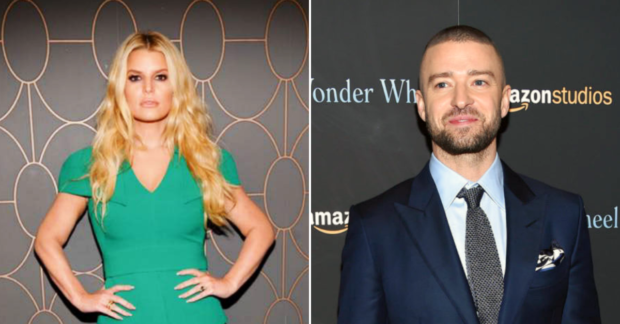 Jessica Simpson is telling all about her life before quieting down as a mom and fashion mogul—and that includes dishing on some of Hollywood’s famous men, for better or worse.

Despite being rejected by the Mickey Mouse Club, which molded the likes of Timberlake, Britney Spears and Christina Aguilera for stardom, she said she kept in touch with some of them.

“We were in the same circuit. I knew Justin Timberlake very well,” she told Kimmel.

“After [my] divorce [to Nick Lachey] and he was out of a relationship, he was over at my house and we shared a nostalgic kiss,” she recalled.

“And I thought, ‘Oh, this is interesting.’ And he took his phone out and started typing. And I was like, ‘OK? I hope that’s not another girl. Did I stick out my tongue out too much?’”

She learned that Timberlake was texting Ryan Gosling—they had made a bet when they were 12 on who would be the first to kiss Simpson.

She admitted too that it was Gosling who caught her eye when she was 12.

“When I was 12, I was, like, ‘This guy is so cool and he’s from Canada. I don’t know where that is on the map, but I really think that that’s amazing.’ And there was something so cute about him,” she said.

These days, all of them are happily coupled up: Simpson has been married to Eric Johnson since 2014 and Timberlake to Jessica Biel since 2012. Gosling has been in a long-term relationship with Eva Mendes.