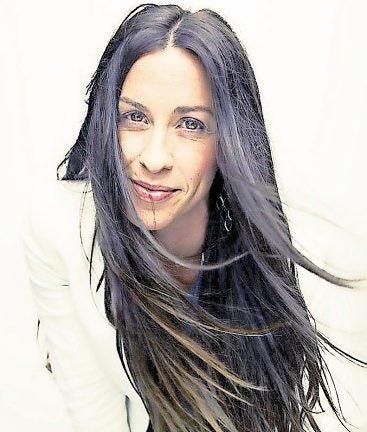 In celebration of the 25th anniversary of “Jagged Little Pill”—one of the defining records of the 1990s and regarded as one of the greatest of all time—the Canadian music artist will embark on a world tour, which will make a stop in Manila on April 6 at the SM Mall of Asia Arena.

Mounted by Ovation Productions, the upcoming one-night concert will be Alanis’ second time in the Philippines. She first held court in the country at the height of her career in 1996—just a year after she released the said album. Tickets will be available through SM Tickets, starting Feb. 5 at 12 noon (call 8470-2222).

Alanis, a former child actress, started releasing music in 1991. Her first two dance-oriented pop albums were a mild success, but it was her decision to transition into an alternative pop-rock artist and come up with a confessional album that catapulted her to international fame and earned her critical acclaim.

Laden with pop-rock and post-grunge sensibilities, “Jagged” is a potent brew of angst and brutally honest lyrics. It spawned some of Alanis’ most artistically important and commercially successful songs that have become anthems of her generation, especially for young women: “You Oughta Know,” “Hand in My Pocket,” “You Learn,” “Ironic,” “Head Over Feet” and “All I Really Want.”

“Jagged” went on to become one of the best-selling albums of all time, having moved 33 million copies worldwide and topped charts in 13 countries. In 1996, Alanis and the album earned nine nominations at the Grammy Awards and ended up winning five, including Album of the Year.

After 25 years, “Jagged’s” relevance remains and its message continues to resonate—so much so that it has been adapted into a stage musical, which opened on Broadway last December.

Alanis, now 45, recently released a single, titled “Reasons I Drink,” which will be part of her upcoming ninth studio album, “Pretty Forks on the Road.” Outside music, Alanis is a staunch supporter of female empowerment and an advocate for spiritual, psychological and physical wellness.