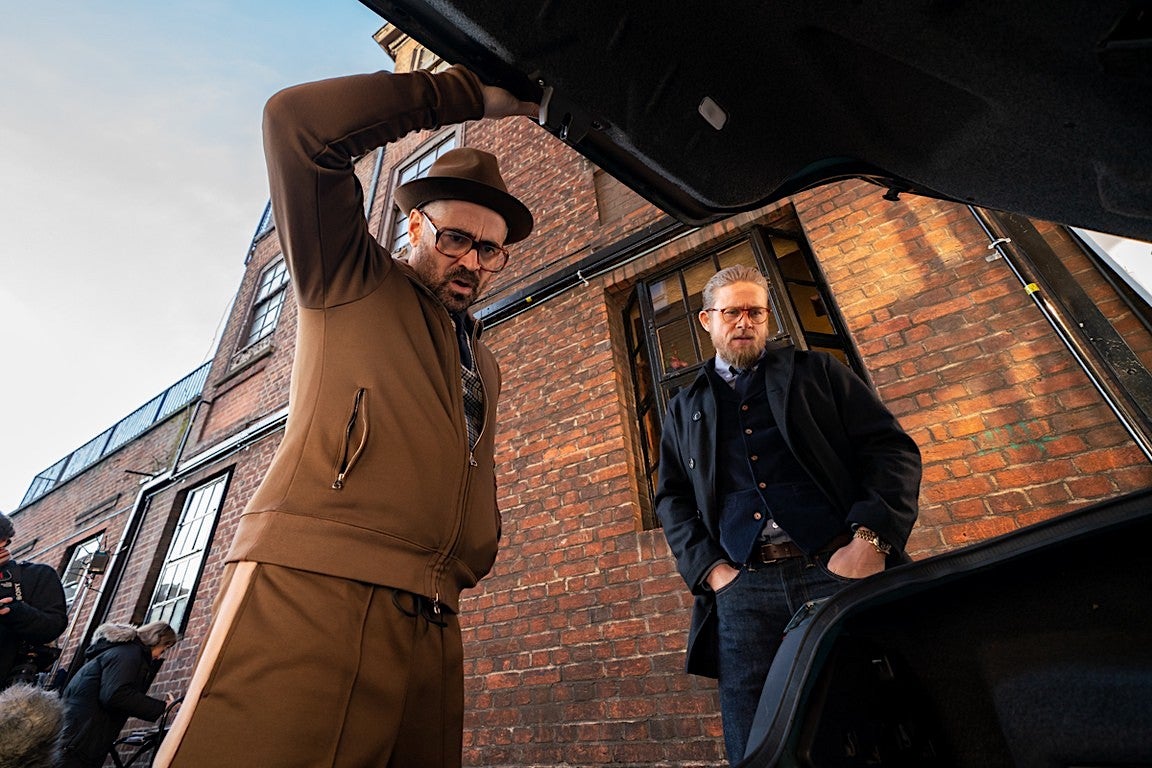 Colin Farrell (left) and Charlie Hunnam in “The Gentlemen”

You won’t see anything new in Guy Ritchie’s star-studded action-comedy “The Gentlemen,” but its brash, bold and breezy development will keep viewers entertained.

As noted by some observers, the filmmaker’s irreverent mind-set quickly makes its presence felt as an “equal-opportunity offender for racist stereotypes.” But, really, part of Ritchie’s gift as a storyteller is the ability to bring the politically incorrect quirks of his dramatis personae to life. So, you’ll hear some racially charged put-downs from his shady characters about people based on the color of their skin.

As a filmmaker, his cinematic oeuvre is uneven for the most part, but when his movies work, they can razzle and dazzle like the best of ’em. 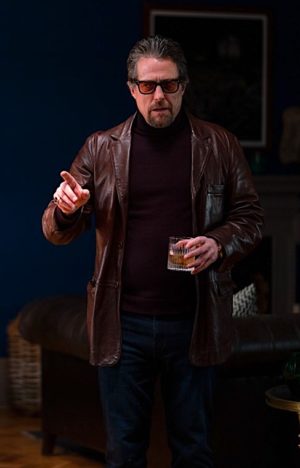 The story of “The Gentlemen” takes off when London-based American expat Mickey Pearson (Matthew McConaughey) decides to turn over a new leaf and “cash in his chips” by selling his marijuana empire for £400 million.

Mickey was a poor student studying horticulture when he hit the cash-generating jackpot, selling weed to his affluent classmates and friends. It didn’t take long for him to decide to drop out of school and pursue his true “vocation”—as a drug lord!

But now that he has enough money to take care of his family, all Mickey wants is to ride happily into the sunset with his beautiful wife, Rosalind (Michelle Dockery).

But you can’t be that rich and influential without stepping on some powerful and spiteful people’s toes. In Mickey’s case, it’s the ire and bruised ego of Big Dave (Eddie Marsan), the tabloid editor he snubbed at a party, that soon get in the way of his lucrative business deal with the American mogul.

Proving that hell hath no fury like an editor scorned, Big Dave then hires Fletcher (Hugh Grant, terrific in a role against type), a greedy private investigator, to look into Mickey’s affiliation with Lord Pressfield (Samuel West), who just happens to be the father of heroin addict Laura (Eliot Sumner). 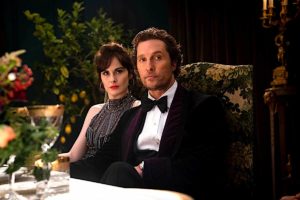 Unknown to Big Dave, Fletcher also decides to “cash in” on his findings. Fletcher goes to Raymond (Charlie Hunnam), Mickey’s right-hand man, and asks for £20 million in exchange for the incriminating evidence he has against his boss. Worse, Fletcher gives Mickey and Ray only 72 hours to take on his offer, or else…

But all hell breaks loose when Mickey rejects Dry Eye’s offer: Soon thereafter, one of Mickey’s 12 marijuana plantations “catches fire,” and his operations are compromised further when a video of it is posted on YouTube!

Then, Mickey brings in Coach (Colin Farrell) to troubleshoot for his conflagrating business deal.

The story, too circuitous for impatient viewers, could have easily gone off the handle had the quirky actioner been handled by somebody less equipped or experienced at spinning ornately imagined tales. But Ritchie has taken a similar storytelling tack in films like the groundbreaking “Lock, Stock and Two Smoking Barrels” and the mildly entertaining “Snatch”—with sometimes satisfying results. (To put this in perspective, he also helmed Madonna’s much-reviled “Swept Away” and the unintentionally hilarious “Revolver.”)

More than the production’s intriguing progression, it is also notable for creating roles that allow its actors to veer away from oft-tackled characters and step out of their comfort zone.

Indeed, “The Gentlemen’s” pretty boys (McConaughey, Golding, Farrell, Hunnam and Grant) look like they’re having so much fun making their movie-star good looks take the backseat and, with tongues firmly in comedic cheek, letting their flawed but fascinating characters take the steering wheel. INQ