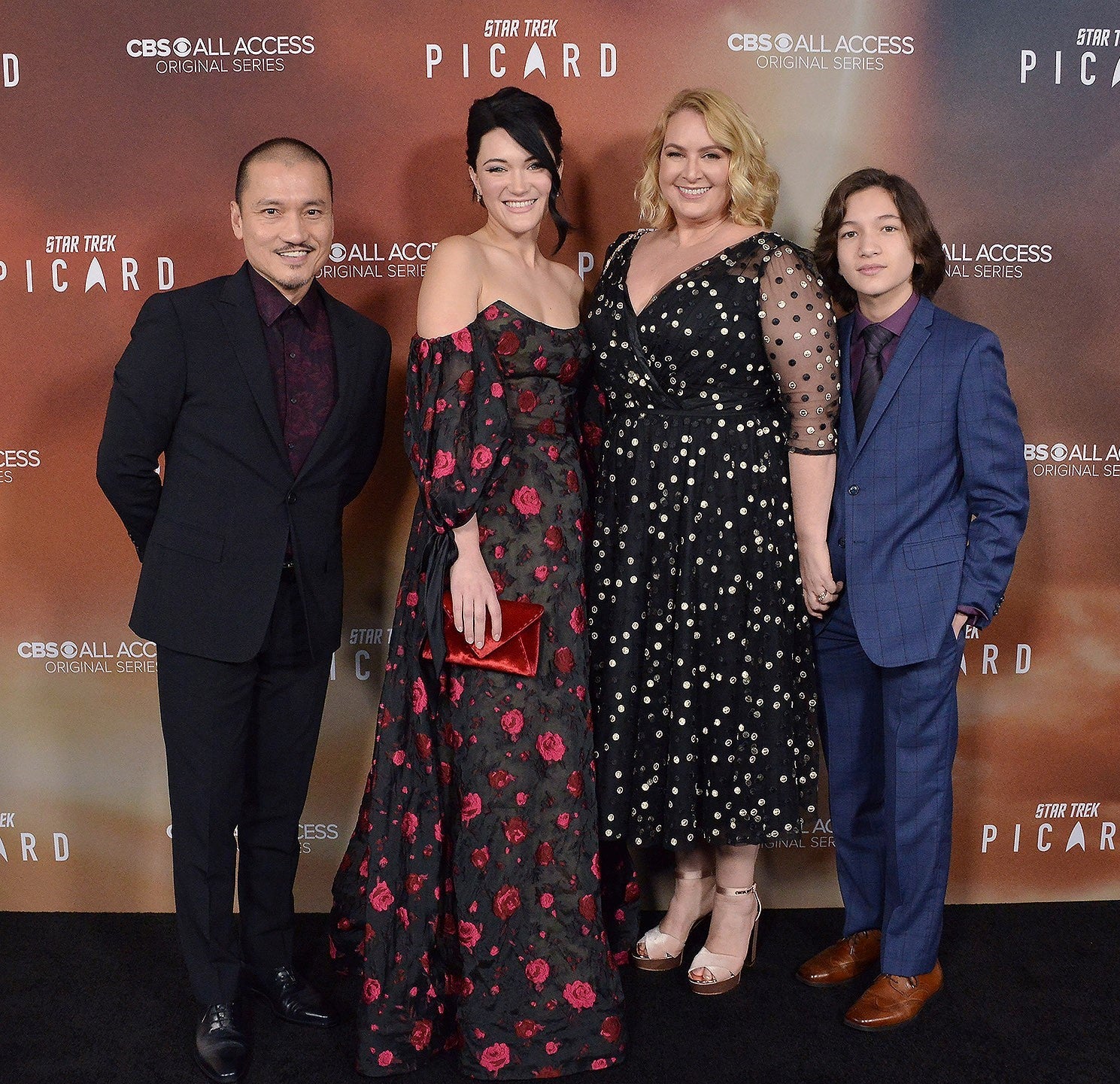 The Briones family of actors in the LA premiere of “Star Trek: Picard” (from left): Jon Jon, Isa, Megan and Teo —STHANLEE B. MIRADOR

LOS ANGELES—“It was definitely a 21st birthday that I’ll never forget,” actress Isa Briones said about her milestone on Jan. 17, which she celebrated in a big way. The daughter of Jon Jon and Megan Briones was in Berlin for the Germany premiere of “Star Trek: Picard,” the series where she is the female lead.

Isa, who also graced the Los Angeles and London premieres of the show that marked the return of Sir Patrick Stewart to the iconic “Star Trek” series, added, “People kept reminding me. They were like, ‘What was I doing on my 21st birthday? I was in Vegas getting drunk. You’re actually walking the red carpet. You’re hanging out with Patrick Stewart. Not everybody does that.’

“But it was exciting to be doing something so special to me on such a special day as well because we’re all so passionate about this show. And the fact that we get to be promoting it, talking about it, and sharing it with the people who have been waiting years to see this iconic character come back, was really exciting.

“In the auditorium in which we were screening the first three episodes, they all sang the birthday song to me. I definitely got very emotional because it made me reflect on the fact that I’m only 21, and this is what I get to do. I’m so lucky.”

Isa—comfortable in a long printed dress—talked about her good fortune as she sat in a couch in her apartment in LA. Born in 1999 in London, when Jon Jon returned to play The Engineer in the West End production of “Miss Saigon,” Isa was 10 months old when she and her family—Jon Jon, Megan and brother Teo, who is also an actor—moved to New York. She was 7 years old when the Brioneses moved to LA in 2006.

The 21-year-old’s poise and confidence is not surprising—she started modeling when she was only 3.

With a string of film and TV roles, including playing Elena Cunanan in “The Assassination of Gianna Versace: American Crime Story” (Jon Jon played Modesto Cunanan), Isa scored her breakout role in musical theater in “Next to Normal,” a production of LA’s East West Players. That’s where we first watched Isa and came away very impressed.

After moving from LA to New York, she joined the cast of a national touring production of “Hamilton.” At 19, she was the youngest in the cast.

As she was finishing her “Hamilton” stint, Isa got her biggest break so far when she landed the Dahj role in CBS Television Studios’ “Star Trek: Picard.”

Isa, now back living in LA, recounted how she got cast in the series that also features Alison Pill, Michelle Hurd, Harry Treadaway and Santiago Cabrera. 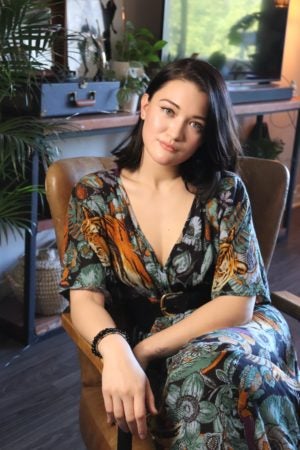 “I self-taped while I was on the ‘Hamilton’ tour probably four or five times,” she began. “Then, I flew to LA. I sent in my final self-tape. Then it was a few days before I was leaving ‘Hamilton,’ in one of my final performances. My agent called me and said, ‘Patrick Stewart watched your tape, and he really liked it. They want you to come in, and he wants to read with you.’ And I was in the middle of trying to wrap up doing ‘Hamilton.’

“So I did my final show on Sunday, flew to LA on Monday, and did my final callbacks Tuesday and Wednesday. I remember walking in and seeing Patrick. I knew he was going to be in the room, but somehow, it was still shocking. I was like, you look like Patrick Stewart, because it is you!

“But he was so warm and made me feel so at ease. He’s just the most comforting person to talk to in general, but to act with, he’s so generous. He was definitely the most calming presence in such a big callback.”

Asked how she got the good news, Isa, her green eyes lighting up, answered, “After I had my callback with Patrick, I was called in one last time the next day, with the director, and then I went home. I was staying with my parents just for a couple of days, and I was sitting on their couch and I was crying, talking to my mom. I was like, ‘I did a horrible job. They probably hated me.’

“But then, I got the call and I screamed. I threw my phone, and my mom and I started sobbing. My dad popped the champagne.”

On her character, Isa said, “The exciting thing about this character is obviously, there’s a lot of ‘The Next Generation’ cast coming back, so they already have these established characters. But we get to come in with something fresh, something completely new that no one’s seen.

“What’s so exciting about this show is it’s character-driven. And since it’s on a streaming platform with 10 episodes, you’re basically watching a 10-hour movie and you get to really delve into the characters. The characters come from such different experiences and places, and they’re all missing something or feel broken in some way. They all come together and find a common ground through that emptiness and brokenness.”

“And the fact that there are going to be little girls who are mixed, and maybe feel like they don’t know who they are, they can’t fully identify what they feel like, they can see someone like me or Michelle Hurd and think, ‘Oh my God, that’s me. I can do everything that she’s doing. I can be in space, I can be kickass.’

“That’s really exciting. We’re telling stories about the future, and we’d be doing a disservice if we didn’t look like the world that we live in, like the audience watching us.”

Isa is even prouder of her mixed heritage. Mom Megan’s roots are Swedish-Irish, while Jon Jon has humble beginnings in Quezon City, where he sang with the famed Tiples de Santo Domingo boys’ choir.

“Mixed people—people of color—we’ve always been here,” she said. “But we are really entering a time in which we are proud of our heritage. Proud to say, ‘I’m not one or the other. I’m both.’ And that’s beautiful. When I was younger, a lot of mixed kids go through the identity struggle of, am I this or am I that?

“Because oftentimes people like to tell you, ‘Oh, you’re this, you’re not that or whatever.’ Or, ‘You don’t look like this. Why do you look like this?’ And you have to go inside yourself and figure out, oh, I can be whoever I want to be. Because often I felt, I feel Asian, I know that I’m Asian, but everyone’s telling me that I’m not.

“That threw me for a loop for a really long time until I finally just said, I’m Asian and I’m Swedish-Irish. I don’t have to be either-or. I can be both. I can be all. And that’s wonderful.”