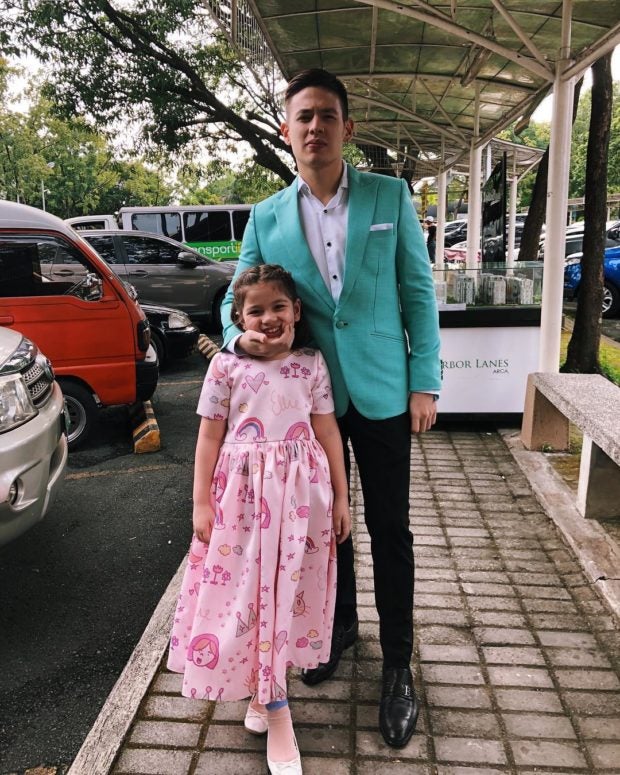 “We try to exclude her from all the drama,” said actor Jake Ejercito on how he and ex-girlfriend Andi Eigenmann would handle disagreements when it comes to coparenting for their 8-year-old daughter Ellie.

“I’m proud to say that lately, we don’t have disagreements anymore. This is because Andi and I prioritize Ellie’s welfare,” he told Inquirer Entertainment at the press conference of his first-ever big-screen project, Adolfo Alix Jr.’s “Coming Home.”

Jake observed that Ellie is mature for her age. “I think she is now well aware of what happened between Andi and I. She knows that I’m not with her mom; that ours is not a normal family. But as much as possible Andi and I try to give her a sense of normalcy. I’m so thankful that finally we’ve figured out coparenting for Ellie. We’re doing this with our daughter in mind,” Jake pointed out.Part of coparenting is following a fixed schedule when it comes to whose turn it is to spend time with Eliie. “We make sure to keep to it; but since Andi is away—she is in Siargao—Ellie is with me these days,” Jake shared with reporters.Andi’s current partner is surfing champ-instructor Philmar Alipio. They have a daughter named Lilo.

Asked what kind of a dad he is with Ellie, Jake said: “I was only 21 when Ellie was born, so our age gap is not that wide. I’m more of a barkada to her. She recently turned 8. She’s no longer a baby—dalagita na. Slowly, the challenges of being a dad is becoming more evident.”

Jake also said he would not oppose if his daughter would decide to pursue a career in acting, too. “Right now, she makes ads and has a lot of magazine covers. She is comfortable in front of the camera. I’m OK with that. I’ll be supportive of her no matter what,” said Ellie’s dad.When it was time to answer questions about his own love life, Jake did not disclose if he was actually dating anyone. He did say that his goal was to make up for lost time with Ellie. “I was gone for a long time because I studied in Singapore. She was already 6 when I came home. She is really my focus now,” he declared.

After studying for years, I now have more time to try other things,” Jake said as an explanation that he would now be part of a movie project. Jake, however, refused to be referred to as an actor. “I don’t think I’ve already earned the right to be called one.”

He said he was still unsure if he would pursue acting as a career. “The feedback I’d be getting from the audience would be a big deciding factor. I will also see how well I could do it. They say acting is in my blood. I guess I’ll have to dig deep inside me for this to come out. So far, the projects I have done were only once a year. I wasn’t consistent so it’s really hard to adjust,” he said. 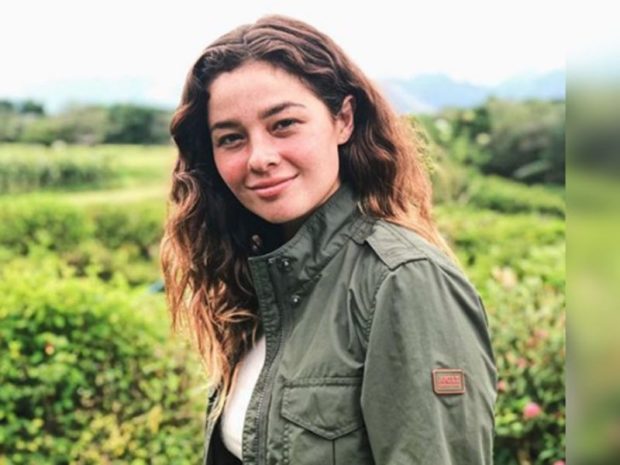 Jake will be playing one of the children of the movie’s leads—Sylvia Sanchez and former senator Jinggoy Estrada, who, in real life, is his half-brother. As to whether he found this awkward, Jake replied: “Senator’s eldest child, Janella (San Juan vice mayor), is only 2 or 3 months older than me. I guess that’s OK. Sa age, pasok naman. ’Di ko lang alam sa istura,” he quipped.“Coming Home,” a coproduction of ALV Films and Maverick Films, is written by Gina Marissa Tagasa. It also features Ara Arida, Edgar Allan Guzman, Martin del Rosario, Shaira Diaz, among others. Filming began last Saturday. It hopes to be included in the forthcoming 1st Summer Metro Manila Film Festival in April. INQ