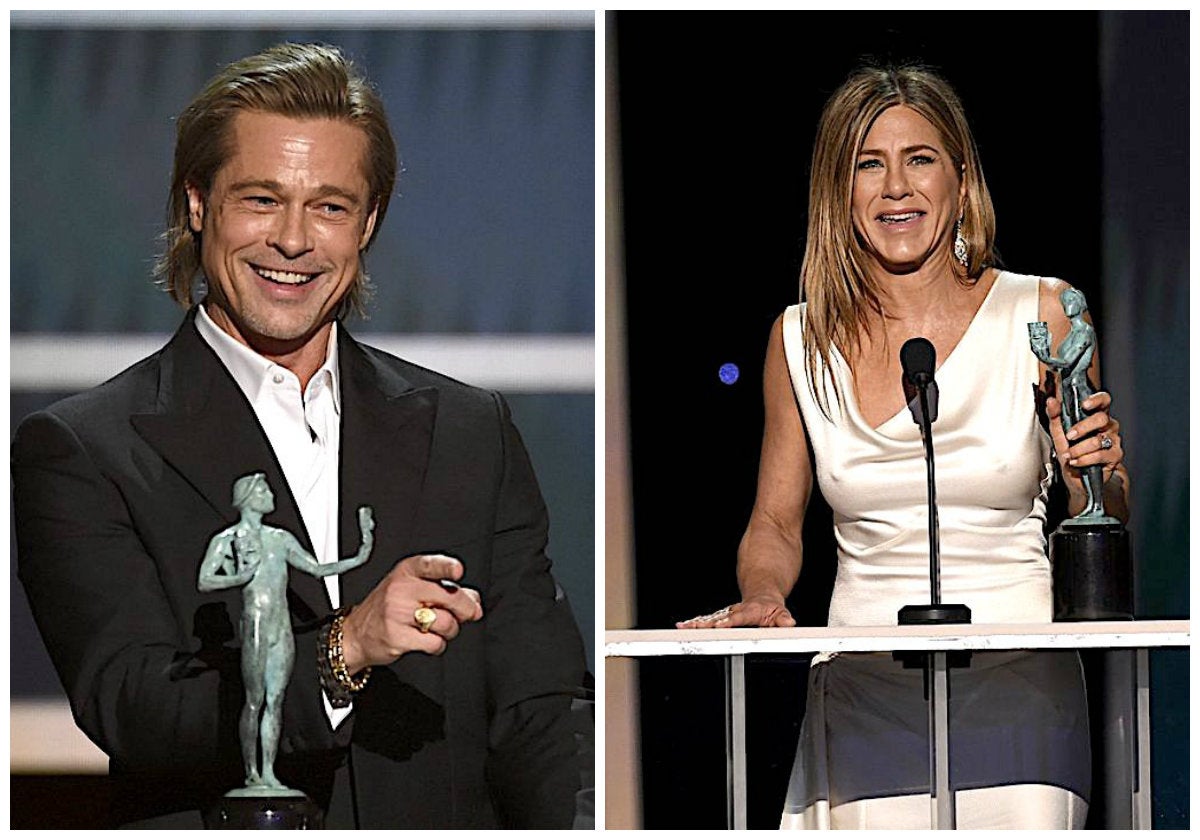 This couldn’t be truer—and sweeter—in the case of Brad and Jennifer, who were married from 2000 to 2005. They became friends again after Brad reached out to Jen after his much-publicized split with another ex-wife, Angelina Jolie, in 2017. (Jen’s win is her first on her own; the cast of “Friends” was declared best ensemble in 1996.)

Backstage at the star-studded SAG ceremony, Brad and Jen were seen sharing a short congratulatory hug. But news of their newfound friendship has been heard and shared through the grapevine for some time now, with Brad reportedly seen attending Jen’s birthday and Christmas parties.

There’s nothing funnier and sexier than a guy who knows how to poke fun at himself. During his acceptance speech, as Brad held his best supporting actor trophy high, he quipped, “I gotta add this to my Tinder profile,” much to the amusement of the stellar crowd.

But who knew there was more to the hunky actor’s comedic chops than a single one-liner?

Following his perfunctory “thank yous,” Brad continued, “Let’s be honest, it was a difficult part—a guy who gets high, takes his shirt off, and doesn’t get [along] with his wife—it’s a big stretch!”

After some loud hooting and cheering from the audience—which included Tom Hanks, Nicole Kidman, Jamie Foxx, Glenn Close and Meryl Streep—the camera cleverly turned its focus on Jennifer, whose pursed-lipped reaction barely concealed a smile. She tried not to show any emotion as she clapped her hands twice.

Could there be more to this than their fans’ wishful thinking?