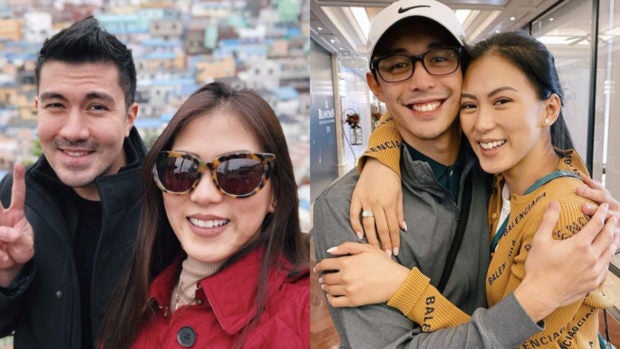 When actress and YouTube vlogger Alex Gonzaga announced her engagement to her fiancé, Lipa City councilor Mikee Morada, a flood of love and congratulations came her way from fellow celebrities. However, one of Gonzaga’s closest friends, actor Luis Manzano saw it as an opportunity to poke fun at Gonzaga about Morada’s proposal.

Gonzaga and Morada jetted off to Hong Kong last December, accompanied by a chaperone and Gonzaga’s parents due to the actress’ parents’ strict dating rules. Gonzaga shared the special moment when Morada proposed with her fans via Instagram last Friday, Jan. 17.

“The short clip of what happened in [Hong Kong],” Gonzaga said. “I love you @mikee_mo, wala ka ng kawala kay Gonzaga (You got no escape from Gonzaga)!”

Manzano joked that perhaps Morada was simply tying his shoes when he got down on one knee in front of Gonzaga.

Alex’s sister and fellow celebrity, Toni, also congratulated her and welcomed Mikee into the family.

“We love you Mikee!” Toni said. 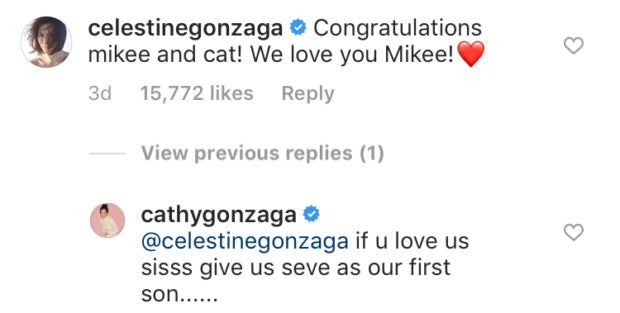 “If you love us sisss give us seve as our first son,” Alex joked in reply.

The vlogger got more into detail about her first overseas trip with Morada on her YouTube vlog, uploaded on Jan. 16.

Alex decided to break the news to the public right on her 32nd birthday, which was on the same day she released the video. She told her viewers, “You are all part of my life now and I am very happy to share this with all of you!” JB