Swing Out Sister back to PH this April 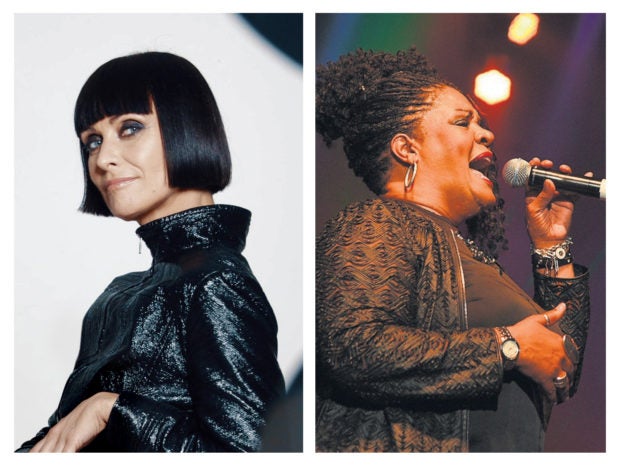 Corinne Drewery of Swing Out Sister (left) and Sybil

After 12 years, the Swing Out Sister, the 1980s British duo that helped define the genre now known as “sophisti-pop,” is set to return to the Philippines for a three-night tour.

Mounted by Ovation Productions, the concerts will be held on April 16 at the Araneta Coliseum (call 8911-5555); April 17, SMX Convention Center in Davao City; and April 19, Waterfront Hotel in Cebu City (via SM Tickets and Ticket Net).

Composed of singer Corinne Drewery and keyboardist Andy Connell, the Swing Out Sister is known for its brand of pop music that melds jazz, soul and flourished with synths. The act’s biggest hit was its breakthrough second single, “Breakout,” which charted not only in the United Kingdom and the United States, but also in the Philippines, in the late ‘80s.

The Grammy-nominated group has released 10 studio albums. Its other well-loved songs include “Surrender,” “Fooled by a Smile,” “You on My Mind,” “Twilight World,” “Waiting Game” and “Am I the Same Girl?”

Joining the Swing Out Sister in the upcoming series of shows is Sybil, who became a staple in the US R&B charts from the mid-’80s to the mid-’90s. Among her biggest songs are “Falling in Love” and her covers of Dionne Warwick’s “Don’t Make Me Over” and “Walk On By.”—ALLAN POLICARPIO INQ