Margot, who plays Kayla Pospisil in the film that dramatizes the sexual harassment allegations at Fox News, talked in our interview about filming that crucial scene.

The actress, playing a composite figure based on interviews with women who worked at Fox News and are bound by nondisclosure agreements, and also from sexual harassment lawsuit documents filed against the network, earned Golden Globe and Oscar best supporting actress nominations.

There is no physical contact between Margot and John, who plays the late Roger Ailes, Fox News chair and CEO, but the abuse is psychological. At first excited to land a private meeting with the big boss, Margot’s Kayla quickly becomes confused as John’s Roger commands her, “Stand up and twirl for me.”Awkwardly, Kayla complies. Then Roger, who starts to breathe heavily, orders Kayla to pull up the hem of her dress. Roger demands that Kayla pull up the dress higher and higher until her underwear is showing.

The scene shows Margot at her best—from giddiness to finally be in a meeting with Roger, nervousness, befuddlement, embarrassment to shame. 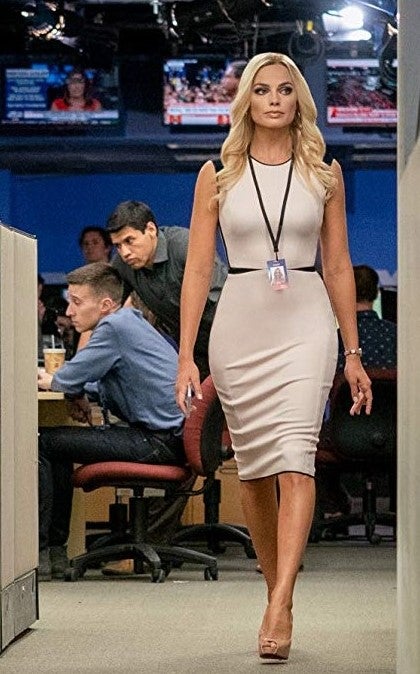 Was your character Kayla based on an actual person?

Kayla is a fictional character. She’s an amalgamation of a couple of women’s stories, women who worked at Fox and can’t come forward because of NDAs (nondisclosure agreements). The filmmakers spent hundreds of hours talking to so many women who worked at Fox.Then I was given that information and those experiences which were available for me to use and incredibly helpful for research purposes.I loved playing Kayla. There were moments like that scene when she was in Roger Ailes’ office. It’s incredibly disturbing and uncomfortable. But I was in a very safe place. John Lithgow, who is the nicest person ever, terrifyingly transforms into Roger. John totally disappears. Jay Roach (director) was in the room with us. That crew was very intimate, supportive and professional.

This movie makes you think about what happens when ambition meets conflict. What is your relationship to these opposing forces?

A lot of these women were incredibly ambitious. I wanted Kayla to be ambitious. In the original iteration, she wasn’t quite as ambitious. I had conversations with Charles and Jay about how I think Kayla is incredibly driven and should really be pushing for that meeting with Roger. She obviously has no idea what’s going to happen. But she wanted to get in that room, meet Roger and further her career. [It was] a huge amount of trust in both Roger and the work environment she was in that put her in a lot of danger. 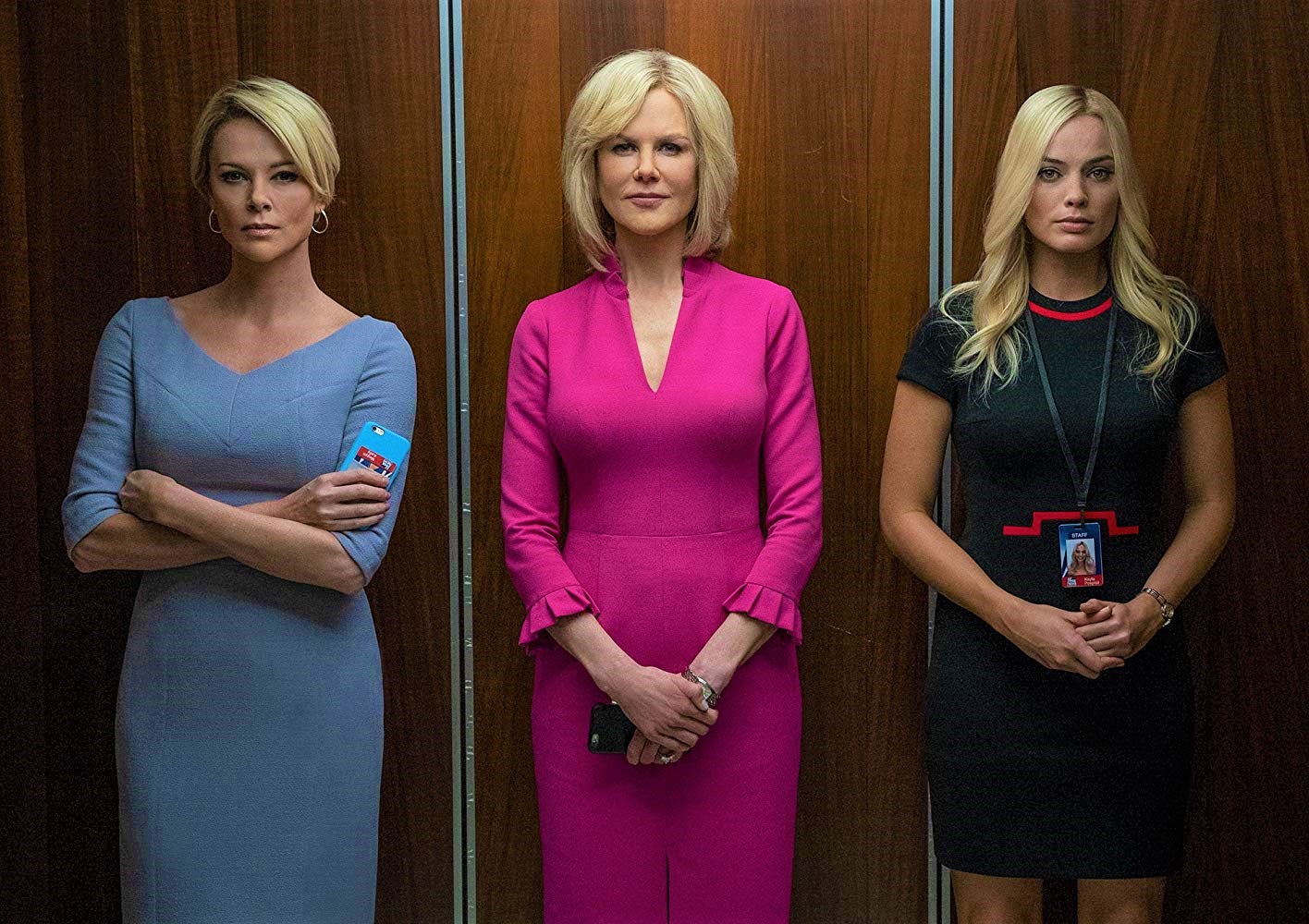 From left: Charlize Theron, Nicole Kidman and Robbie together in a memorable wordless elevator scene in “Bombshell” –PHOTOS COURTESY OF LIONSGATE

Yeah, of course. I’ve always been driven, very career-minded, and I had been starting mini businesses since I was a kid. I would steal my brother’s toys and sell them on the side of the road (laughs). I was always like that, like what’s the next thing?

That was used to Roger’s advantage. He knew that these women needed him. He recognized that and turned it against them. He pitted the women against each other and kept them isolated in that way. Of course, as everyone is discovering, when the women combine forces, they’re pretty unstoppable.

The elevator scene with you, Charlize and Nicole must be one of the best elevator scenes in cinema. And there were no lines spoken between the three of you.

That scene wasn’t actually in the original script that I read. When I read the script, it was just Charlize playing Megyn Kelly and no one else was on board yet. Once the combination of Charlize, Nicole and myself for those three characters came together, everyone was like, whoa, we have to put them all in one scene at some point. It would be a wasted opportunity not to.

And it was perfect. That scene symbolized their exact predicament, that they were isolated, they weren’t reaching out to each other and were stuck in their own prisons. So, the scene felt potent.

When we were shooting that scene, it felt like so much was being said without saying anything. 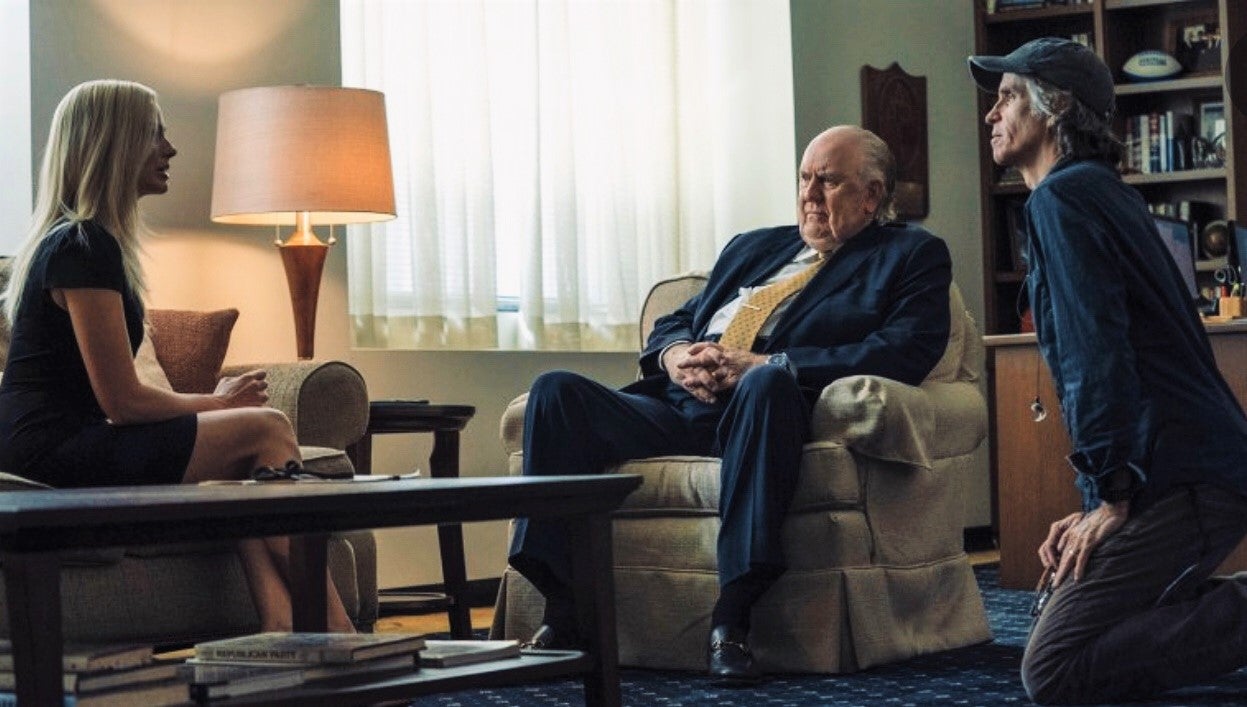 Can you talk about how, in the age of #MeToo movement, some women are conflicted about being sexy and beautiful?

We were thinking about that aesthetic. It was a huge part of this story because there is like a Fox News uniform. There are tight dresses, legs on show. You can see in the movie that a real point is about that, the Lucite (clear) desks (which allowed Fox News viewers to see the on-air personalities’ legs)—it’s very much talked about in the film.

I also really appreciated a line in the film. I think Nicole’s character Gretchen says it, like, “You know why soldiers wear the same uniforms? So that they know that they’re replaceable.”

So, the aesthetic comes into play so much, and it was a huge part of these women’s journeys. But at the same time, if you are talking about how I feel how women should dress in real life, people should wear what they feel best in.

How do you feel about actresses feeling obligated to wear high heels and all that?

It’s an individual choice how people dress. When you are looking at the physics of the high heels, it doesn’t make sense at all. But I have a lot of friends who will work really hard and use their paycheck to go buy a pair of Louboutins, because it makes them feel great. If that makes them feel great, then that’s wonderful.

Can you talk about your thoughts on female representation in the entertainment industry?

It’s a big part of my life and the reason we started a production company was to represent female voices and write female stories. We work with a whole range of talent, mainly women in different genres and budget sizes. We all know the statistics are woefully unbalanced.

What’s the update on the live-action feature film about the Barbie doll?

It’s in development right now. We’re developing it with Greta Gerwig. I wish there was more to say. The honest answer is that it’s too early in stages to know yet.

Do you still have fears about losing your acting career?

We all have that fear. It was probably after I did “The Wolf of Wall Street” and saying to friends, “I haven’t worked for six weeks now, probably I will never work again.” They were like, “You’ll be OK.”

But you can’t help but have that voice of doubt in your mind, wondering, will I wake up and will it all disappear as quickly as it comes? Probably every other actor I’ve talked to sometimes just have that voice in their head.