Winfrey details her decision to withdraw from Simmons film 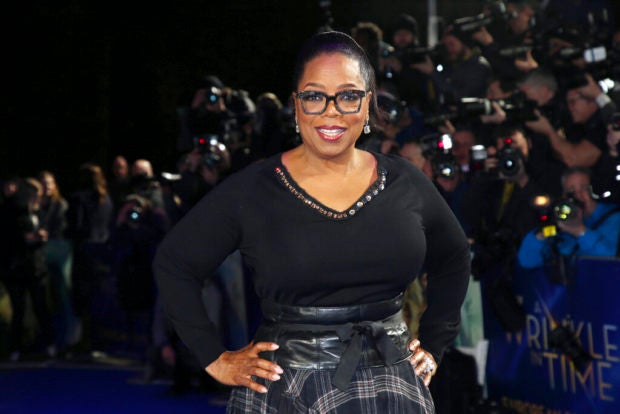 NEW YORK  — Oprah Winfrey said Friday that Russell Simmons attempted to pressure her about her involvement with a documentary in which several women detail sexual abuse allegations against the rap mogul, but his efforts were not what prompted her to leave the project.

“He did reach out multiple times and attempted to pressure me,” Winfrey told The Associated Press through a spokesperson on Friday. It was not anything Simmons said that prompted Winfrey to withdraw from the “On the Record” film, according to Winfrey, but rather inconsistencies in the story of one of Simmons’ accusers, Drew Dixon, that she felt needed to be addressed.

Winfrey has said she wanted to delay the release of the film, which is scheduled to premiere Jan. 25 at the Sundance Film Festival, but that view was not shared by the film’s directors.

Winfrey herself has spoken openly of being sexually abused. She said Friday that she still believes Dixon and other women in the film, but that more reporting was needed. “On the Record” directors Kirby Dick and Amy Ziering have said they have ample evidence against Simmons, a co-founder of Def Jam Recordings.

Winfrey announced she was leaving as executive producer on Jan. 10, saying that more work was needed and that and the filmmakers were “not aligned” in their “creative vision.” The film’s producers, Impact Partners, said in a statement earlier this week that the movie was “ready for Sundance.”

“We have always championed the voices of those who have been wrongly silenced. The women in this film have made a great sacrifice by coming forward to tell their stories in their own words. We are honored to support them,” the Impact statement reads. “We stand firmly behind the work of the intrepid filmmakers who continue to break new ground by advancing important stories in the public interest.”

The AP does not typically name alleged victims of sexual abuse, but Dixon has told her story publicly, including on CBS This Morning earlier this week.

The communications between Winfrey and Simmons and her concerns about Dixon’s story were first reported by The New York Times.

Simmons has denied any wrongdoing. His representative did not immediately comment on an AP inquiry Friday.

Speaking to The Associated Press on Friday, Winfrey disputed allegations by the makers of “On the Record” that she gave them little warning before her Jan. 10 announcement. In a story which ran early Friday, Dick and Ziering told The Hollywood Reporter that they received just 20 minutes notice before Winfrey issued her statement.

“It was very disappointing and upsetting,” Ziering told The Hollywood Reporter. “We were concerned about the survivors and what the hell this is going to do to them. That was our first thought. ‘Oh my God. Let’s tell everybody and figure this out.’”

Winfrey told the AP that Dick and Ziering knew well of her intentions. She said she had raised concerns last month about the film needing more work. According to Winfrey, she told Dick and Ziering that “new information” had made her see gaps she “thought needed to be filled” and that it was better to “take a rest.”

“They said they would go on with or without me,” Winfrey told the AP. She said the bottom line for her was that “The film isn’t ready.”