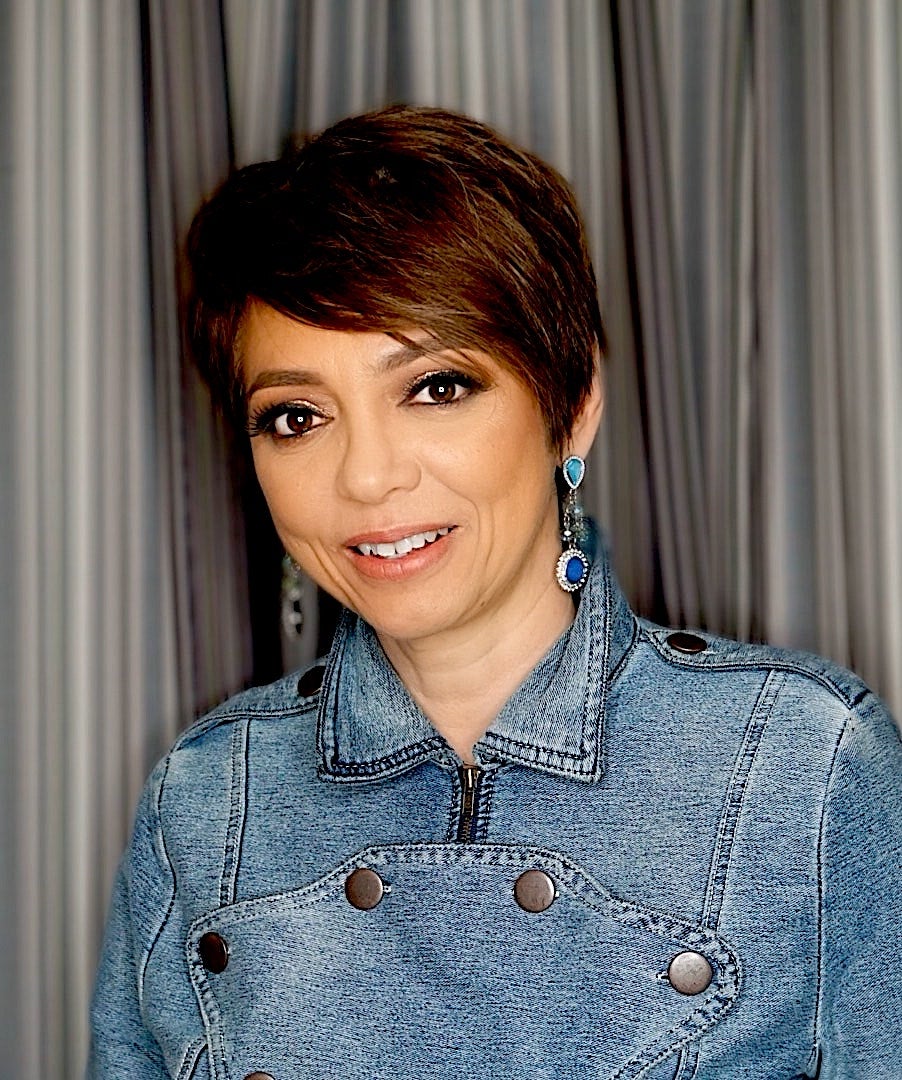 Odette Quesada in the house. The singer-songwriter visits the Inquirer. —NOEL FERRER

When Odette Quesada performs in “Hopeless Romantic,” the 55-year-old singer-songwriter’s homecoming concert at the Maybank Performing Arts Theater tomorrow and on Saturday, she’ll be sharing the stage with some of OPM’s biggest musical icons: Sharon Cuneta, Kuh Ledesma and Martin Nievera.

But Odette’s strong lineup of hits and soothing voice, now armed with time-honed gravitas, should be good enough to keep viewers happy—as her live version of “To Love Again” on the Wish 107.5 Bus could attest. After all, the recording artist has a body of work that would be snug fit for a jukebox musical.

Other than the Megastar’s aforesaid signature tune, consider these chart-topping hits that can be strung together to produce a stirring musical-theater piece: “Don’t Know What to Say (Don’t Know What to Do),” “Farewell,” “Till I Met You,” “I Need You Back,” “Growing Up,” “A Long, Long Time Ago,” “Dito Lang” and “Give Me A Chance.” Are you reading this, theater producers?

While Odette enjoys listening to new covers of her songs, she singles out a personal favorite: Daryl Ong’s version of “To Love Again” (from the recent “Till I Met You” soundtrack), which she likes because “ang linis n’yang kumanta—parang naka-Autotune ang boses.”

Does she have a personal pick among her compositions? “‘Don’t Know What to Say’ is a fave,” Odette said. “But ‘Friend of Mine’ holds a special significance for me because it was my very first single as a singer. It wasn’t somebody else interpreting my song.

“I owe my singing career to Vic del Rosario [of Viva], who asked me to cut a single after listening to my demo. He didn’t even listen to ‘Friend of Mine,’ he just told me to prepare two songs. He just didn’t want me to get fancy all of a sudden—he just wanted me to look down to earth and be approachable as an artist, like Carole King.”

When we asked her how she ended up becoming part of Hotdog, Odette explained, “I was part of Hotdog for one album (laughs). The guys of Hotdog and I were both in the same studio working on separate projects. We got to talk, and they said they had a deadline to meet. They asked me, ‘Can you help us with a couple of songs?’

“Then, for some reason, they said, ‘You want to join the band?’ I said, ‘OK, wala naman akong ginagawa.’ This was in the late ’80s. By then, I stopped singing and just concentrated on advertising, doing jingles. The album was called ‘100% Pure Meat.’”

When the seasoned songwriter visited the Inquirer last Saturday, she shared with us how she got her start in the music biz. But as with most OPM aficionados, we also asked her how she came up with her hits—like Raymond Lauchengco’s “Farewell,” which became an instant graduation anthem since its release as part of his “Dreamboy” album, as well as the “Bagets” soundtrack in 1984.

“‘Farewell’ was my own high school graduation song,” Odette recalled. “It was my farewell song to my friends here because, not only was I graduating, I was also moving out of the country to pursue college abroad. As it turned out, it replaced Paul Anka’s ‘Times of Your Life’ as the Filipinos’ favorite graduation song (laughs).”

She told us about another eureka moment. “And this was how the idea for ‘Don’t Know What to Say’ came to me: It was my 17th birthday. In 1982, some 38 years ago, I was watching ‘Good Morning, Manila,’ where Michael Johnson (‘Bluer Than Blue’) was being interviewed for his upcoming concert in Manila.

“When he was asked to describe himself, he said, ‘I’m a hopeless romantic.’ Sabi ko, ding! I turned off the TV set, got my guitar, and wrote ‘Don’t Know What to Say’ in 20 minutes! Originally, it was titled ‘Hopeless Romantic.’”

The song led Odette to Kuh Ledesma, who wanted to meet her after hearing Ric’s recording of “Don’t Know What to Say.” That meeting resulted in “A Long, Long Time Ago,” which Odette wrote for Kuh.

“As for ‘A Long, Long Time Ago,’ I was reading an article about Kuh while she was promoting a show,” she said. “They were talking about her past love, then nabasa ko na hindi sila nagkatuluyan because she chose career over love—and the guy was not willing to wait for her. So, he eventually married somebody else.” At this point, Odette sang a segment of the song: “Why did it have to be this way/ You promised me the moon, the sun, the stars above…”

What about “To Love Again”? “I was given a synopsis of the script for Sharon’s movie with Miguel Rodriguez,” she said. “I didn’t know who Miguel was at the time. But I said, ‘Dapat mamamatay si Bullet (Miguel’s character), because part of the lyrics says, ‘It’s hard to love again.’ The character was supposed to die.” (He didn’t.)

And from her 2014 album, “Imperfect,” Odette’s favorite is “Belong to You.” “At the time, I haven’t written anything in a long time,” she said. “One time, Bodjie was out of the house and I was by myself at home. Sabi ko, let me tinkle with the ivories. I suddenly had this melody in my head, then I put words into it. But in the middle of the song, I started crying! I said, ‘Oh God, let me finish this song first!’ (laughs).”