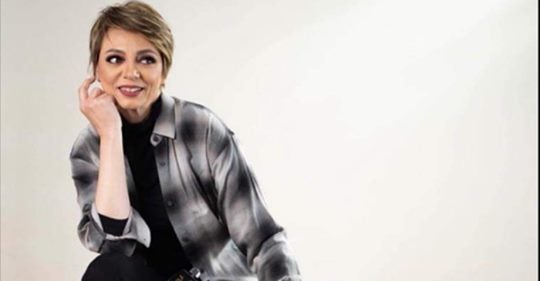 It’s been 19 years since Odette Quesada, the seasoned singer-songwriter behind such OPM classics as “Don’t Know What to Say (Don’t Know What to Do),” “Till I Met You” and “To Love Again,” relocated to Los Angeles with her husband, fellow hitmaker Bodjie Dasig (“Sana Dalawa ang Puso Ko” and “Ale, Nasa Langit Na Ba Ako?”), and only son Darian.

But her music has become so ubiquitous on the local entertainment scene you’ll hardly notice she even left at all—talk about an enduring legacy that cuts across age, time or gender.

Her love songs, which also include “Give Me A Chance,” “I Need You Back,” “Breaking in Two,” “Growing Up,” “Farewell,” “A Long, Long Time Ago,” “Dito Lang” and “You’re My Home,” transcend fads, musical hooks and trends and continue to be an indelible part of many OPM enthusiasts’ playlists.

Eight years after Bodjie succumbed to cancer, Odette has finally been persuaded by Rowell Santiago and Noel Ferrer to make a comeback and headline “Odette Quesada: Hopeless Romantic,” her two-night homecoming-cum-birthday concert on Jan. 17 and 18 at the Maybank Performing Arts Theater, BGC Arts Center, with special guests Martin Nievera and Kuh Ledesma (on the 17th), Sharon Cuneta (18th) and singer-actor Arman Ferrer. Call 8891-9999. 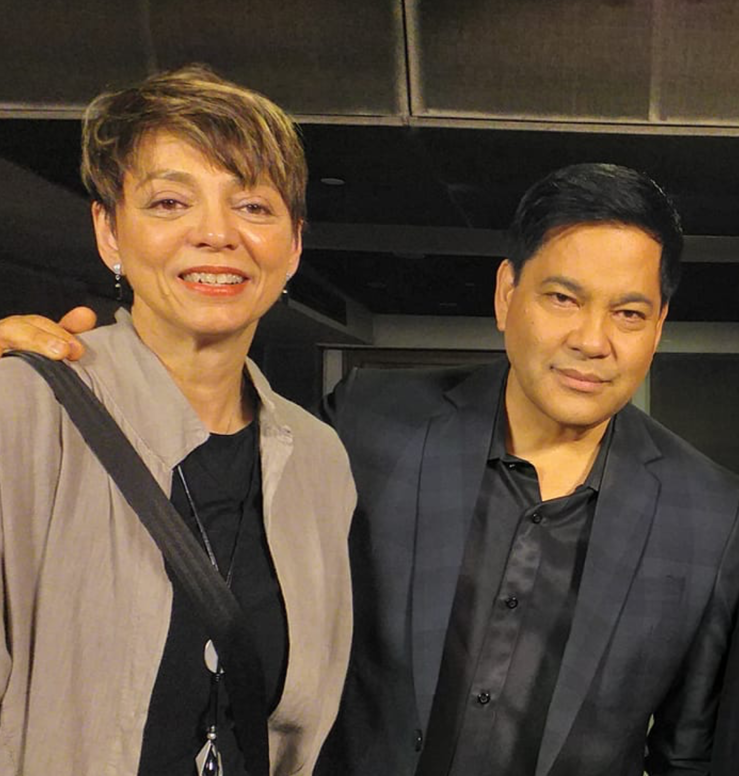 Incidentally, even Rowell has recorded a hit single written by Odette: “Together,” a duet with Sharon Cuneta, culled from the Megastar’s gorgeous jazz-heavy album, “Sixteen.”

“I know that my songs are still being revived and recorded by contemporary Filipino artists—and I’m amazed by that,” she shared. “I don’t complain because it’s good for me…and good business for my music.”

Knowing that a good number of songwriters from the ‘70s and ‘80s were “convinced” by record companies in those eras to turn over the rights to their compositions, we asked Odette if she owned her songs. “I own my compositions’ publishing rights, yes,” she said. “I studied it way before I even got into the business.

“On my 15th birthday, I asked my mother, who was at the time living in the States, if she could find me a book about publishing. She quipped, ‘What an odd favor to ask! (Laughs) But I wanted to study how the music business operated so that if I ever got into it, I’d understand how it worked.

“So, I read up about it, and when they were asking me to sign over the rights to my songs for publishing, sabi ko, ‘You know what? Never mind. I’m willing to walk away from all this. Hindi naman kasi tunay ang music publishing sa Pilipinas.

“OK, this is how music publishing works abroad—talagang 50 percent ang kinukuha ng publisher sa kita ng songs, but then they have to use that 50 percent to police the rest of the world. But how come they’re also charging 50 percent in the Philippines, when they’re mostly just policing Metro Manila, where the bulk [of the streaming business] is? That doesn’t justify how much they’re getting. I’ve always been an advocate of proper music licensing.”

Last Saturday, we were thrilled to meet the hitmaker, who turned 55 last Monday, when she visited the Inquirer office with Noel for this exclusive interview, where we were treated to samples of Odette’s signature hits as she explained how her very relatable lyrics and catchy melodies came about—a treasure trove of tantalizing trivia guaranteed to excite every music lover worth his salt!

In “Friend of Mine,” for instance, she sang about unrequited love long before the millennials started getting “senti” about getting “friend-zoned,” “seen” or, worse, “ghosted” on social media.

Some trivia: Did you know that she initially wanted her Metropop-winning first hit, “Give Me A Chance,” which she composed just before she turned 16 years old, to be interpreted by Kuh Ledesma—until Vic del Rosario told her, “Kuh won’t sing that,” and showed her a photo of a hunky New York-raised Fil-Am singer named Ric Segreto, instead? (The following year, in 1983, Odette finally got her wish—Kuh sang “Till I Met You” in the sixth edition of the songwriting tilt and won for Odette the grand prize.)

Did you know that she was one of Regine Velasquez’s backup singers in the jukebox tune “Urong-Sulong,” composed by her best friend Christine Bendebel (of “Kung Maibabalik Ko Lang” fame)?

Or that she got the idea for “Don’t Know What to Say” from Michael Johnson, the folk, country, pop singer behind such hits as “Bluer Than Blue” and “I’ll Always Love You”?

Or that she developed “renewed” appreciation for “To Love Again” only when she turned 50—eight years after Bodjie’s passing—and realized how its lyrics suddenly spoke to her?

Or that she’ll be singing “Habang Panahon,” the song Nora Aunor sang for the film “El Presidente,” in the “Hopeless Romantic” concert this weekend? The love song was originally composed by Bodjie in 1994 as a gift to Odette, when the busy duo couldn’t spend their first Valentine together as husband and wife. 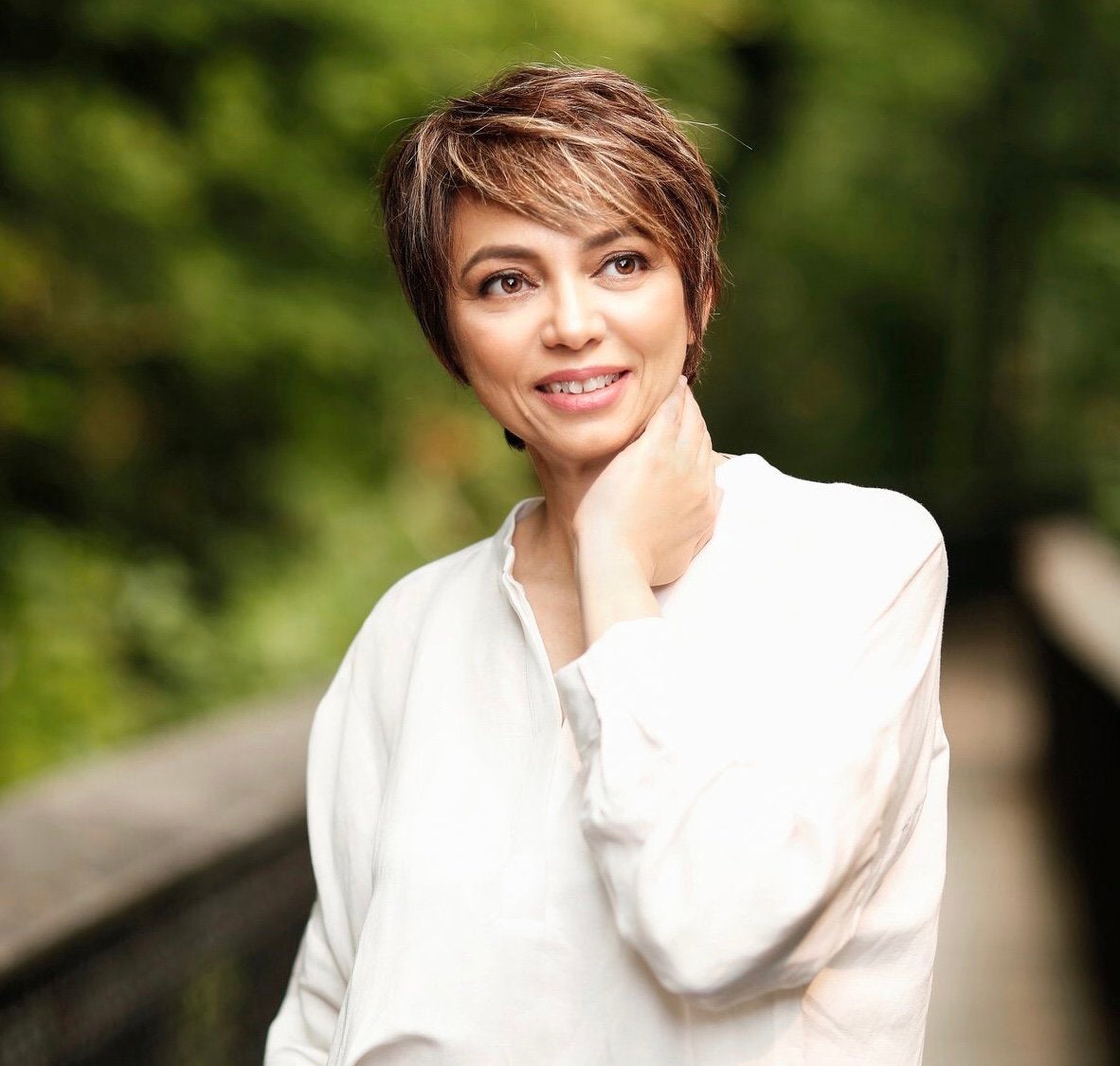 Our Q&A with Odette:

It’s been 38 years since “Give Me A Chance” placed second in Metropop. How did Ric Segreto end up singing it?

Oh my God, yes—it will turn 38 on Feb. 6! I was a big Kuh Ledesma fan at the time because of her songs like “Dito Ba” and her version of “Don’t Cry for Me, Argentina”—that was my big wish in high school. Sabi ko, if I ever become a professional singer, I’d like Kuh to sing one of my songs.

So, when “Give Me A Chance” made the cut at the Metropop, and they asked me who I envisioned to interpret the song, I said, “Kuh Ledesma, please”—because I wanted someone with good diction. Then, Vic (del Rosario) said, “I have this new guy, who was born and raised in New York. He’s a balikbayan.” Then, he showed me a photo of Ric, and I said, “Yes, please (laughs)!” He wasn’t just a cutie pie; he was this hunk of a man.

How did you end up singing backup for Regine in “Urong-Sulong”?

By accident. I dropped by the recording studio to support Christine, my best friend. Then, Ronnie (Henares, Regine’s former manager) said, “Come join us for dinner.” And he said, “Can you do backup for Regine?”

You have impeccable phrasing when you sing your own compositions. Don’t you get offended when singers change some lyrics or notes when they cover your songs? Nobody has ever noticed my phrasing before. No one has ever talked to me about it—but I do take pride in it. Because I don’t just think of the words and simply put them in. They’re well-thought of.

Minsan, iniiba ko ang notes just to give my version a different spin. Then I go, “Why did I change my version of ‘I Need You Back’ from Raymond Lauchengco’s?” So, in this particular case, ang original songwriter mismo ang bumago (laughs). But seriously, singers should ask permission from the songwriters when they tweak the lyrics or the melody. I’m speaking as a publisher—dapat nagpapaalam sila. Pero minsan, they record your song and you later realize how much of it has been changed without your approval.

To be honest with you, I wish I never left the country to go to the States. But I followed my husband. Hindi namin pinag-awayan or anything, but I gave it a chance. Kaya lang, when we got there, I felt like we were missing out on the business. Kasi nga, there, you’re producing other people—mga up-and-comers nila. But it’s hard to bring an album produced in the States to the Philippines and sell it here.

Moreover, it’s expensive for me to keep coming back home because I have a regular nine-to-five job in the US. I was raising my kid, and I didn’t have immediate family here. My parents are already in the States.

Wala na si lola (who took care of her as a teenager). Matagal na naming gusting pumunta sa LA, but I was taking care of my grandmother here, who was sick for three years. So, exactly one year after she died, that was when Bodjie and I left Manila. Tinapos ko lang ang first year death anniversary of my lola, then the next day, we left for the US.

Would she consider recording Bodjie’s hits, like “Sana, Dalawa Ang Puso Ko” and “Ayoko Na Sana,” which was originally recorded by Ariel Rivera?

I hope I can justify it. You see, Bodjie had a different kind of intensity as a singer. I am more of a crooner, whereas his songs required a certain gravitas that I probably may not have. I could probably twist it around into a version that suits my style.

What’s harder for you to do—lyrics or melody?

I write them almost simultaneously. Usually, I have a germ of an idea—a phrase, a line, a melody or a repeating motif in my head. But for me to recall everything, I have to put words into them.

“Growing Up,” sung by Gary Valenciano, defined a generation of Filipino teenagers. Who were your musical influences?

“Growing Up” is my only upbeat song. It won best disco song at the Awit Awards, but it’s not disco (laughs)! But thank you, anyway. Yes, it helped define our own version of “The Breakfast Club.”

Growing up, I listened to a whole gamut of artists—from my mother’s jazz collection to pop. It was always Paul McCartney’s music that triggered my wanting to be a songwriter—like “Maybe I’m Amazed.” I was 8 or 9 years old then, and it stopped me dead in my tracks! I told myself, “Tinamaan ako sa kantang ‘to!” I mean, how could an 8-year-old feel something about a song at that age, ‘di ba (laughs)?