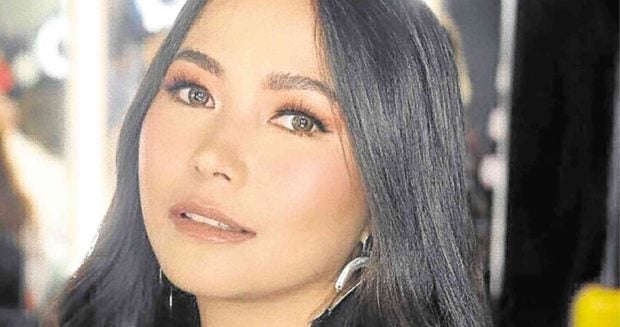 Constantino’s lawyer Joji Alonso said they posted on Jan. 10 a bail bond of P30,000 after they learned that the Regional Trial Court of Dapa in Surigao del Norte had issued a warrant for the singer-composer’s arrest on Dec. 12, 2019.

Alonso declined to comment on the case, explaining that they never received a copy of the complaint and learned only of the case when Surigao del Norte Rep. Francisco Jose Matugas II posted copies of the court documents on Facebook.

The cyberlibel charge against Constantino, docketed as Criminal Case No. 19-171, stemmed from her posts on Instagram and YouTube that recounted a “traumatic experience”after her husband, Yan Asunsion, was injured in an accident while they were on vacation in Siargao last July.

Constantino complained that it took a long time for personnel at the Siargao District Hospital to perform some medical procedures on Asuncion and the apparently distraught Constantino blamed the hospital’s chief, Dr. Esterlina Tan, and called her “an insensitive and uncaring public servant.”

But other physicians and even the Philippine Medical Association (PMA) attested that Tan did not commit any medical mistake and even performed a procedure that was beyond the treatment protocol for head trauma.

The PMA even issued a statement saying Constantino’s internet posts unnecessarily shamed Tan who even performed extra procedures to ensure that Asuncion did not have intra-cerebral hemorrhage.—Reports from Ryan Rosauro, Erwin Mascariñas and Allan Policarpio

Read Next
Sharon appeals to Duterte to renew ABS-CBN franchise for the sake of thousands of employees
EDITORS' PICK
Get exciting deals and discounts when you download the new McDonald’s App
SM continues to send relief assistance to remote towns in Batangas
DOH warns vs eating raw meat, exotic animals amid coronavirus outbreak
‘House of Kobe’ launched in Valenzuela City hours before hoops star’s death
4 Ways Jollibee’s new store will serve a leveled-up kind of joy to Filipinos in the South
In appreciation: Kobe Bryant, a life defined by hard work
MOST READ
Kobe Bryant’s helicopter flew in fog that grounded other choppers
College baseball coach, wife and daughter die in crash that killed Kobe
3 Chinese admitted to San Lazaro Hospital after showing signs of flu
Afghan passenger plane crashes in Taliban-held eastern area
Don't miss out on the latest news and information.