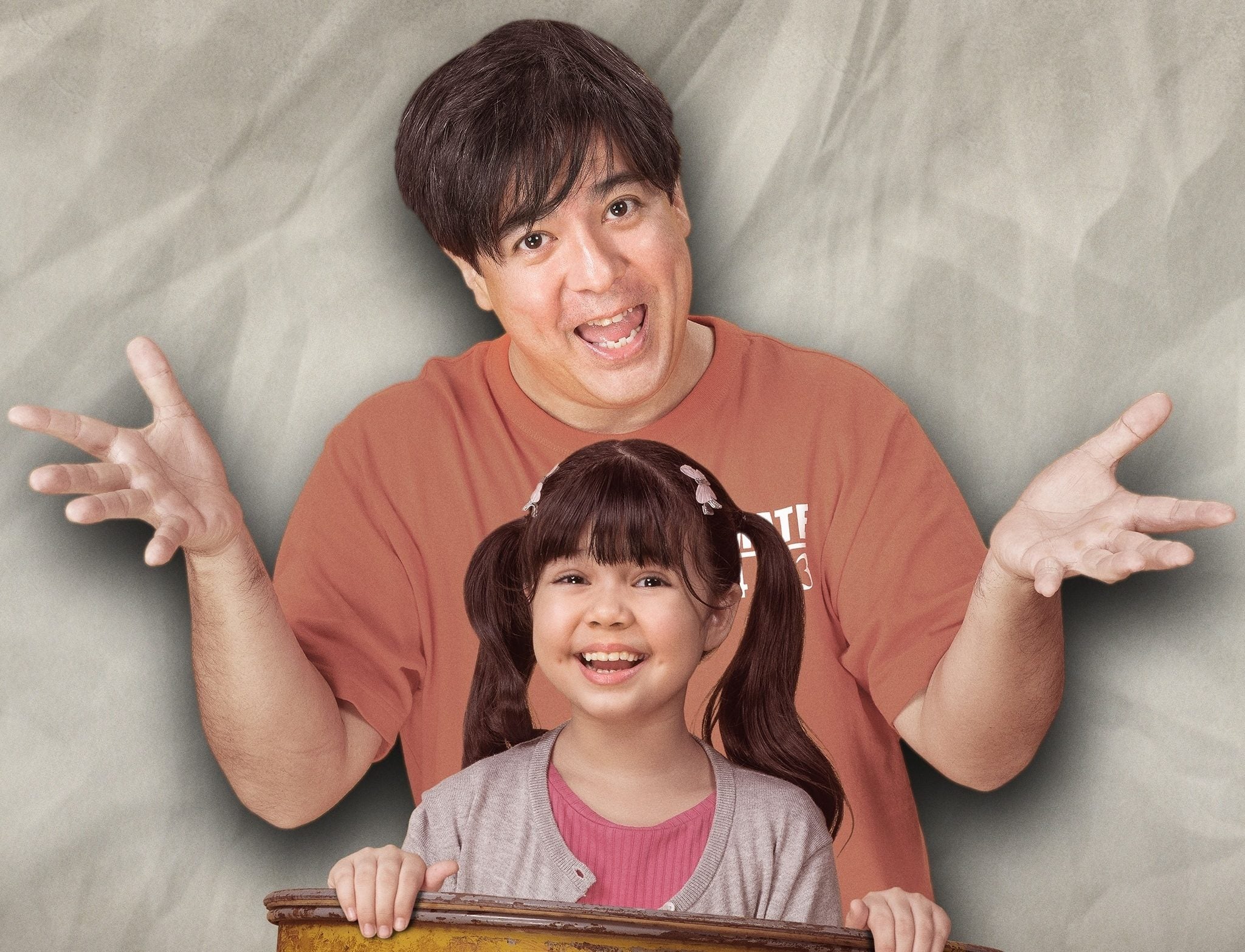 Aga Muhlach and Xia Vigor in “MIracle in Cell No. 7”

The calamities that struck the country during the holiday season have caused the 2019 Metro Manila Film Festival’s (MMFF) failure to reach its P1-billion sales target, according to Metro Manila Development Authority (MMDA) chair Danilo Lim.The MMDA is the overall organizer of the annual MMFF, which runs for two weeks starting Christmas Day.

The 2019 edition of the film fest only earned P955 million in gross receipts, or 4.5 percent short of the target. It is lower than 2018’s P1.6 billion earnings, said Lim in a press conference at the MMDA main building in Makati City on Wednesday.When Inquirer Entertainment asked for the possible reasons the MMFF fell short of its target, Lim said: “Mindanao suffered from multiple earthquakes. From Oct. 15 to Dec. 16, five earthquakes hit the province with magnitude not lower than six. A lot of our kababayans got affected by this. Malls were forced to close.”

Another factor, Lim said, was the destruction caused by Typhoon “Ursula” in the Visayas region when it entered the country on Christmas Eve. “The typhoon didn’t leave until Dec. 28,” he pointed out. “Electricity had been cut off in some areas there. Also, instead of spending for movie tickets, the people prioritized repairs needed in their homes. It rained hard in Metro Manila, too; and this is where majority of our moviegoers are based.”

MMDA general manager Jojo Garcia added: “We’re still happy with the result, despite all that had happened. We’re now looking forward to the next MMFF edition.”

MMFF execom coexecutive chair Romando Artes also reported “a substantial jump” in the gross sales receipts of the films that brought home awards during the Gabi ng Parangal on Dec. 27.

For winning best film, the production of “Mindanao” will receive an incentive in the form of an all-expenses-paid trip. “We shall also shoulder the entry fee of the film in the international festival it wishes to compete in, as well as plane fare and hotel accommodation. The producers will choose which festival to join, but in consultation with us,” added Artes.

Lim announced that the submission of entries to the first-ever summer edition of the MMFF slated in April will be extended from Jan. 21 to Feb. 15. Entries should be finished films only, he added.

Meanwhile, Garcia said the goal of the MMDA in coming up with the summer edition is “to help more industry people.” However, he said, “We’re not expecting to get bigger sales. Our target is P500 million.”

The screening committee tasked to pick eight finalists, will still be headed by National Artist for Literature Bienvenido Lumbera. Quezon City will host this year’s film fests, he added.

At the media gathering, the officials were also asked to address the issue of festival entries that get pulled out from the cinemas after their first-day run due to poor performance in the box office. “We’re going to talk to the cinema operators,” said Garcia, also stressing that the MMDA would work on striking a balance to protect the interest of both the film producers and cinema owners.“We can’t force the cinemas to just give in to the request of producers because this is a business venture, and we all need to earn our keep,” Garcia pointed out. “The good thing about our chair is that he makes sure that there is continuous dialogue among the parties concerned. We hope we can achieve good sales, but at the same time control the increase of ticket prices. We also want to come up with quality films.”

Meanwhile, the deadline for the submission of competing students’ short films will be on Feb. 28. The festival’s theme will be “Pinoy Pride,” said Garcia. INQ