For Jo Koy, performing for PH fans is ‘best homecoming’ 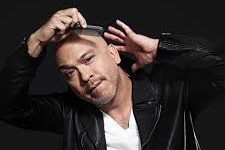 (The Cebu City show has been moved to Jan. 17,  following the recent airport shutdown caused by the eruption of Taal Volcano.)

After 38 years, Jo Koy has returned to his “motherland.”

“It has been 38 years since I have been in the Philippines. I used to live here when I was a kid. And now I’m back home,” the Filipino-American stand-up comic said in an Instagram video that showed him going out and about in Manila. As part of his “Just Kidding” world tour, the Philippine leg of which is mounted by MMI Live, Jo is set to headline shows: tomorrow at the Pacific Grand Ballroom of the Waterfront Cebu City Hotel, and on Jan. 15 at SM Mall of Asia Arena (call 8470-2222).

For Jo, performing before the Filipino audience is the “best homecoming one could possibly ask for.”

“This is a dream come true … Selling out the city where my mom grew up. I love the Philippines,” said Jo, who made it big in the live-comedy circuit for his self-deprecating routines about Filipino cultural quirks, as well as his riotous anecdotes about being raised by a Filipino mother in the United States.

Jo, whose real name is Joseph Glenn Hubert, arrived a week prior to his shows, and has been seen roaming around the city to shoot “something special” for the fans.

He visited the Farmers Market in Cubao, goofed around with street vendors, and played basketball with kids. He also surprised patrons of a local bar with an impromptu set.

Jo has had four successful stand-up comedy specials so far, including “Comin’ in Hot” on Netflix.

He won the coveted stand-up comedian of the year award at the 2018 Just For Laughs Comedy Festival in Montreal.