Gwen Zamora gears up for Asia 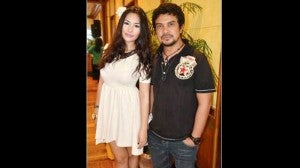 The past few weeks have been a roller-coaster ride for GMA 7 star Gwen Zamora.

She’s both “thrilled and nervous,” as her latest film, Mohamad Yussuf’s “The Witness,” opens in local theaters all over Asia.

“I’ve started dreaming about the movie,” she confessed to Inquirer.

She proudly related that the thriller, shot in Jakarta and produced and distributed by Indonesian firm Skylar Pictures with GMA Films and OctoArts, premiered in Manila before other Asian countries.

“After the Philippines, it will be shown in Indonesia (April 24) and in Singapore (end of May) and in Hong Kong (June),” she said. “The producers are also eyeing other Asian countries like Thailand and Taiwan.”

She considers “The Witness” an important project—from a personal level and for the industry at large.

She hopes that the movie succeeds because it can open doors not only for her but for other Kapuso artists as well. “It shows that local actors can do well in foreign coproductions,” she said. “I heard that Skylar is planning to do TV soap operas too. They’ve had coproductions featuring Korean stars in Indonesian shows.”

“They were all nice to me—especially Pierre who plays the killer,” she recounted.

Although Pierre makes life a living hell for Gwen in the movie, he was a darling away from the cameras. “He was funny. He joked a lot and kept dancing and singing between takes,” she recalled. “I heard that he was a popular model in the 1970s. He modeled for Gucci in Europe.”

Back in Manila, she also wrapped up work on Jade Castro’s “My Kontrabida Girl.”

“I had a hard time shifting from good girl to villainess,” she admitted.

Did she base her nasty character on anyone in show biz?

“A lot of the lines were improvised,” she quipped. “I just played her the way I saw her: A diva who’s difficult to work with.”

On the prime time soap “Biritera,” she also portrays a kontrabida. Isn’t she worried about being typecast as a meanie?

“I admit I’m apprehensive a bit,” she said, “but I’m glad that I get to do different kinds of roles now,” she explained. “I only did comedy movies before.

In ‘The Witness,’ I got to cry and show various emotions. I used to underestimate myself. I often doubted my abilities. This film has pushed me to the limit.”