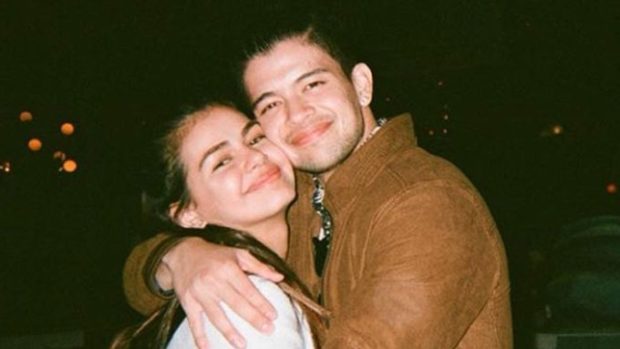 Rayver Cruz doesn’t see himself settling down in the near future.

But should he eventually find himself making such decision, it would be for the better, he surmised, if he could have everything in place, before taking the plunge—just like how his elder brother, Rodjun, did it.

“I was in awe of how they planned their future,” he said of Rodjun, who recently tied the knot with Dianne Medina, his girlfriend of 12 years. “They had a long engagement because they wanted to make sure that everything was in place. They waited until they had built a home and all.”The 30-year-old actor, who’s currently dating Janine Gutierrez, related that many of his friends have actually been teasing him that he should follow suit as soon as possible. “Marami na ngang humihirit. But I’m not in that position at the moment. Malayo pa ’ko!” he told reporters after the pilot episode of GMA 7’s new noontime variety show, “All-Out Sundays.” “I will just let Rodjun enjoy his married life, while I focus on work … But I’m excited about my future nephew or niece.”

The said wedding was bittersweet in a way—sad because the death of the siblings’ mother, Beth, last year is still fresh in their minds; and heartwarming, because Rodjun and Dianne were surrounded with so much loved.

“My kuya is a very happy, energetic person. But he’s also mature and full of wisdom. When I need someone to talk to, he gives me advice. He knows the right things to say. He’s not just an older brother, but a father, almost,” Rayver said. “Dianne is like a sister to us, too.”

One of Rodjun’s groomsmen was actor Matteo Guidicelli, who’s engaged to pop star Sarah Geronimo who, on the other hand, is Rayver’s ex-girlfriend. When the press started prodding about the wedding guests, Rayver laughed, his facial expression as if saying: “I knew it!”

“I can see that you guys are itching to ask about that!” Rayver quipped, adding that he has already congratulated Matteo about his engagement to Sarah. “I will be invited [to their wedding] for sure—si Matt pa! If he invites me, I will attend.”

Unknown to some people, Rayver and Matteo are friends and have known each other even before the latter entered show biz. “We recently worked on the series ‘Bagani.’ But I already knew him when he was still a kart racer,” he related.

And so, despite what other people think, there’s actually no awkwardness between the two. “Never,” Rayver stressed. “You can ask him.”When another show biz writer brought up the fact that he was Sarah’s first boyfriend, Rayver, in an attempt to change the course of the interview, jested: “Naku, we’re here for ‘All-Out Sundays!’ That was a long time ago; we were young. They’re (Sarah and Matteo) set to get married.”

Meanwhile, he maintained that there’s no issue between him and his former colleagues in “ASAP,” despite him now being part of a competing show.“They’re my longtime family; I knew them since I was 15. They’re happy that I’m still able to pursue what I’m passionate about,” he said. “Our show has a different theme—it has dance, music and comedy.”