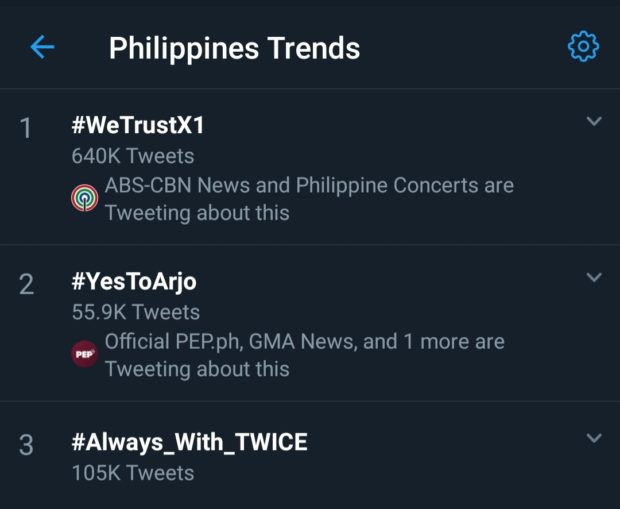 MANILA, Philippines — Maine Mendoza has called out some fans who accused her boyfriend Arjo Atayde of being a user.

“But I say #YesToArjo,” she further said, with a heart emoji.

Wow, some "fans" made #NoToArjoTheUser trend today. Congrats! But I say #YesToArjo. ♥️

The hashtag against Atayde came a day after the couple joined the “Tala” dance craze which became viral online.