Ruffa says her face is untouched by surgery 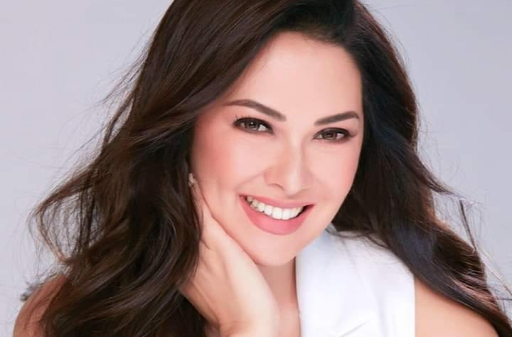 Just because Ruffa Gutierrez no longer posts photos or snippets of her dating life on social media doesn’t necessarily mean she’s loveless. “I’m always in love—never namang nawawala ‘yan,” she told reporters in a recent media gathering, launching her as the newest face of Cathy Valencia Advanced Skin Clinic. “But I would like to keep my private life private.”Although she didn’t directly confirm that she was still seeing French-Israeli businessman Jordan Mouyal, Ruffa seemed to allude that they’re simply keeping things low-key.

“I just don’t like to post anything because it’s not going to benefit my career; we’re not a love team. Sometimes, people tend to overshare on social media. And I don’t want to do that and post things like, ‘Baby, I love you!’ Eww!” she jested, adding that she’s always careful of what she posts and how she acts online.

“My children (Lorin and Venice) are young ladies now. I want to lead by example—not just through words, but also through actions,” she stressed.

Besides, not drawing attention to her love life, Ruffa said, helped maintain “peace” between her and her mother, Annabelle Rama.

“My mom never liked anyone [I dated],” whispered the actress, who was within earshot of the feisty Gutierrez matriarch during the chat.

Ruffa, who parted ways with her Turkish ex-husband, Yilmaz Bektas, in 2007, doesn’t see herself getting married for a second time in the near future.

“A lot of people have been asking me about that. The people with me at Bible studies have also been praying for that. But it’s actually not a priority. I have been married before, and I’m not in a rush to do it again,” Ruffa said. “Of course, I don’t want to grow old alone. But right now, I’m surrounded with love.”

While her daughters don’t seem to have any interest in dating yet, Ruffa has one request if they eventually do.

“If they get suitors, they have to go to the house and bring me fruits! Because my first suitor did. And they were like, ‘Mom, baka pwedeng macarons na lang. ‘Di na ata uso ang fruits!’” she shared.

Ruffa said she was cool if her daughters were to hold hands with boys. But beyond that, her inner Annabelle may just come out.

Meanwhile, asked if she has ever gone under the knife in the name of beauty, she maintained that her face is untouched.

“Even my teeth are real!” she said. “I have done various noninvasive beauty treatments. But I’m afraid of surgery. I’m conservative in that regard … I’m all about natural beauty and loving yourself. Each person is unique. It’s more about your personality.”

Ruffa, 45, admitted that she used to lie about her age “all the time.” “I would say I stopped counting at 25. But you can’t really hide that anymore because of the internet. And I can’t pretend that I’m still 30, because my girls are all grown-up now,” Ruffa said.

Aging no longer scares her. “Everyone will get there eventually, anyway. The important thing is growing old gracefully—hindi paurong,” she said.

For Ruffa, beauty is as much about what’s on the inside as it is about physical appearance. And so, she tries not to let stress or intrigues get the better of her.

“I’m already used to it. I have been in show biz since I was 13,” she said. “A strong foundation is important. That’s my family. I’m lucky to have a mother who tells it like it is, as well as a loving father and brothers.” INQ