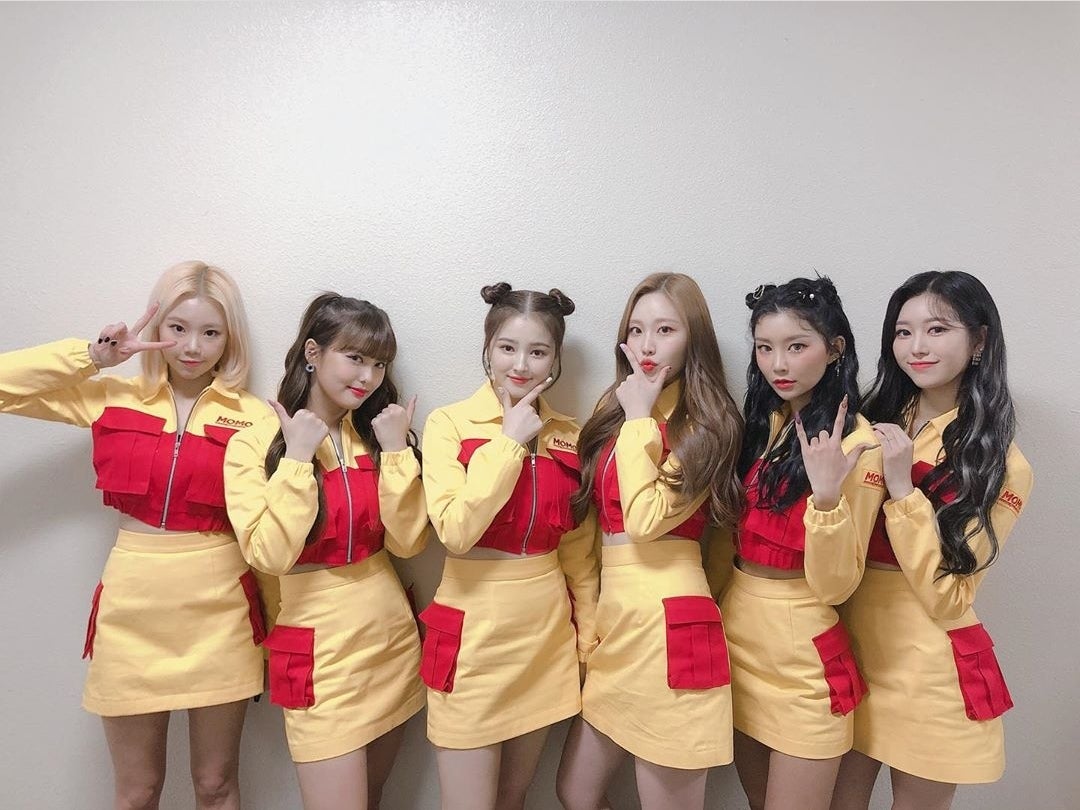 The all -girl group, composed of Jane, Ahin, Nancy, JooE, Nayun and Hyebin took on the popular dance challenge during their guesting at “Gandang Gabi Vice” aired Sunday night.

It was in October last year when the group signed a contract with ABS-CBN.

Momoland member Nancy was announced to be paired with singer-actor James Reid in a series called “Soulmate Project” to be directed by Antoinette Jadaone.

Momoland, which debuted in 2016 under MLD Entertainment, rose to fame with their hit songs “Bboom Bboom” and “BAAM” which also became a dance craze in the country.