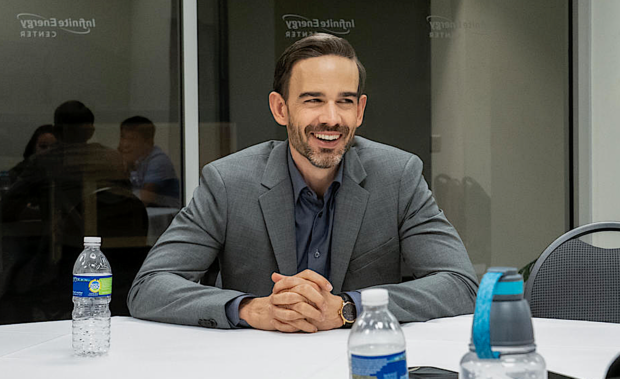 Christopher Gorham on the set of “Insatiable”

If you’re a TV junkie, it’d be hard for you not to remember seeing Christopher Gorham in a lot of TV shows. “Yes, there’s been a lot,” the 45-year-old actor told us beaming when we met him in the United States last year. The list is long and pretty impressive—which includes, among others, “Insatiable,” “Ugly Betty,” “Felicity,” “Two Broke Girls,” “Hot in Cleveland” and of course “Popular.”

Unlike his “Insatiable” character Bob Barnard, however, the handsome actor refuses to put up walls during interviews, which makes him a delightful and fun interviewee.

For a little trivia: Christopher married his “Popular” costar, Anel Lopez, with whom he has three kids.

Christopher said he enjoyed playing Bob so much because of the freedom he was given to portray his once “closeted” character. He said, “I’ve never been allowed to be more emotionally grounded and real and, at the same time, more ridiculous—all in the same character. I had so much fun playing Bob because I got to do the dumbest things [to demonstrate his insatiable need for something].

“I see Bob as a human peacock (laughs), especially every time he shows off his body. He spent a big chunk of his life in the closet. But he’s been in love with his childhood friend since they were 14 years old, so he’s been dealing with his feelings as he grew into an adult. Unfortunately, he didn’t handle them well (laughs). He’s not a great role model.” 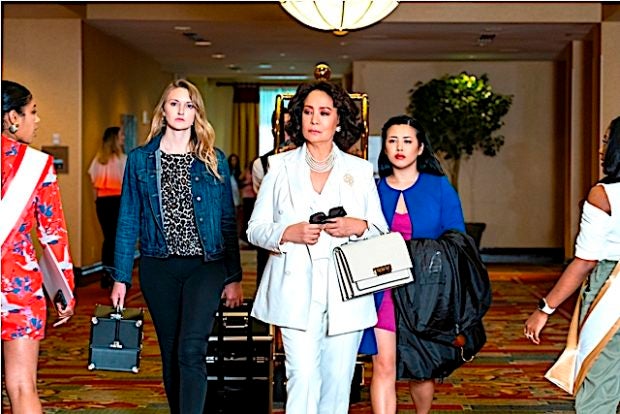 Noting how Bob often took his shirt off every chance he got, we asked Christopher if the role required him to work out a lot.

“You bet! This production is exhausting (laughs),” he replied. “So, this last season, I asked them to put a pull-up dip station in my trailer, so I can exercise. Michael Provost (who plays the hunky Brick Armstrong in the series) and I share it (laughs).”

Knowing that we came from the Philippines, Christopher then started talking about meeting Gloria Diaz (as catty pageant coach Gloria Reyes) during the shoot.

“We were thrilled to have Gloria in the show, by the way,” he said. “I introduced myself to her on her first day on set, and she was great! It was so nice to have somebody who’s in the world of pageants … someone as well-respected as she. The character they’ve created for her really took full advantage of that—and she had a lot of fun with it!” 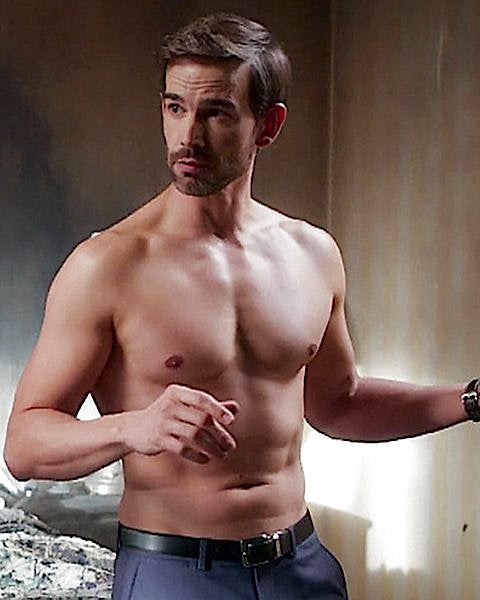 When asked to recall a challenging scene for him from any of “Insatiable’s” two seasons, Christopher quickly singled out his production number with Dallas Roberts, singing and dancing to the tune of Bill Medley and Jennifer Warner’s “(I’ve Had) The Time of My Life”—with lifting, to boot!

“The summer before we went into production, (showrunner) Lauren Gussis called me from out of the blue and asked, ‘Do you think you can lift Dallas over your head?’ I said, ‘Maybe not—Dallas is probably 175-180 lbs. So, no.’ A few months later, I realized what was going on—and you know how that went (laughs)!” INQ 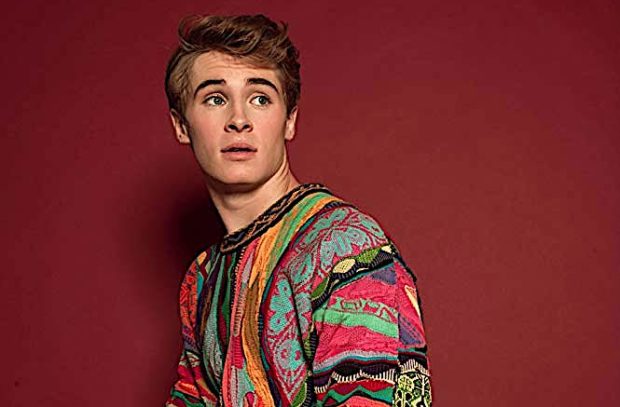 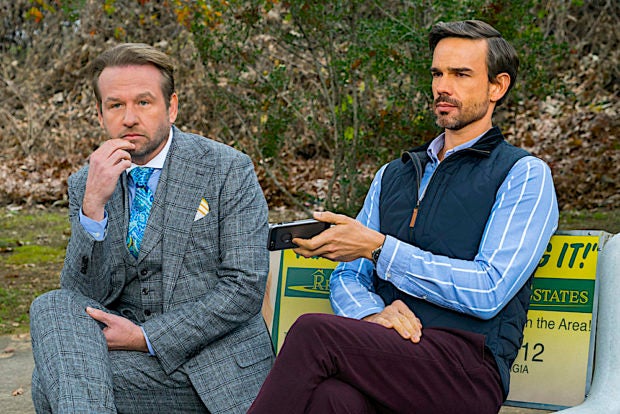