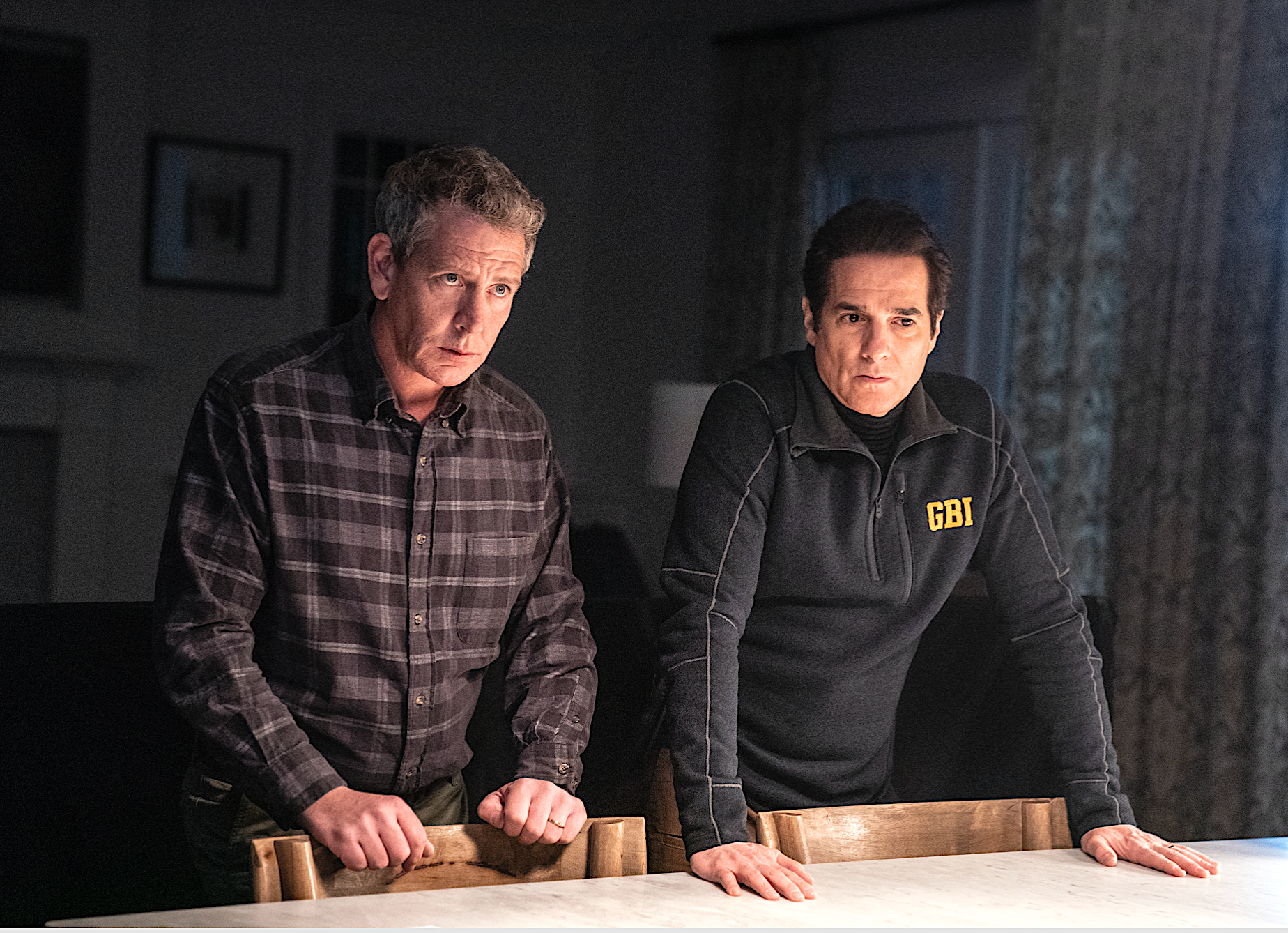 Two provocative drama series are set to launch the new year in high gear for viewers of HBO and HBO Asia. “The Outsider,” based on Stephen King’s acclaimed 2018 horror-mystery novel, and the searing drama anthology “Invisible Stories,” about the lives of residents in a housing estate in Singapore, will surely keep audiences glued to their TV sets and mobile screens.

“The Outsider” premieres on Jan. 13 with two back-to-back episodes at 10 a.m., while “Invisible Stories” begins its telecast tomorrow at 10 p.m. on HBO and HBO Go.

“The Outsider” starts as a police procedural that quickly becomes a twisted supernatural tale surrounding the rape and grisly murder of 11-year-old Frankie Peterson (Duncan E. Clark), whose mutilated remains are found in the woods of Cherokee County, Georgia.

What begins as an open-and-shut case involving the crime “committed” by Terry Maitland (Jason Bateman), the respected English teacher and Little League coach accused of Frankie’s violent death, soon becomes a veritable mind-boggler. His embarrassing and very public arrest turns Terry’s life, and those of his wife Glory (Julianne Nicholson) and their bullied daughters, upside down. 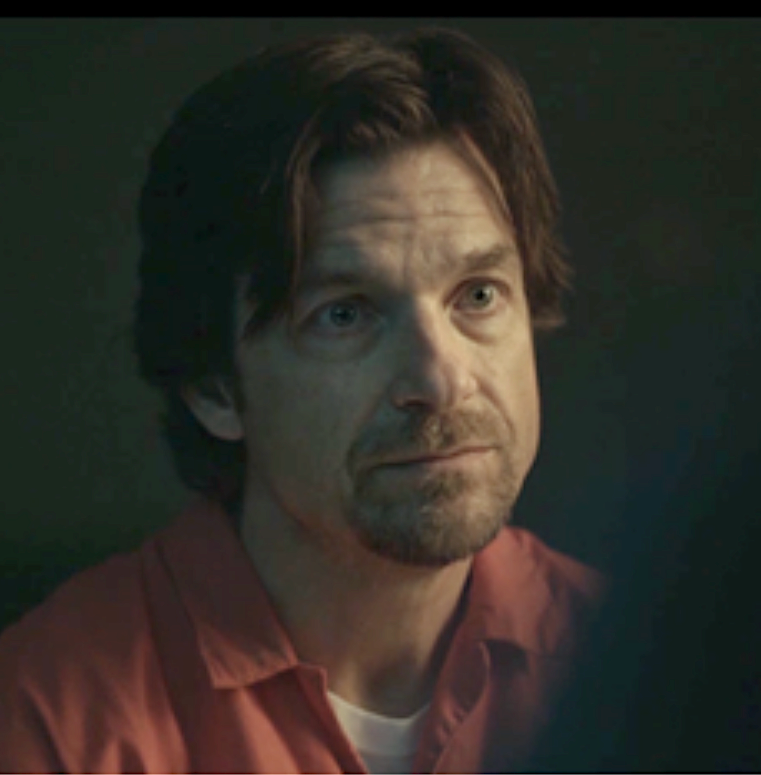 While there are fingerprints and first-hand accounts that “confirm” Terry’s guilt, there are just as many proofs that disprove the ghastly accusations. In fact, in a CCTV video, Terry is even seen asking a question during an open forum at an out-of-town teachers’ conference held 60 miles away at about the same time the crime was committed!

But how can Terry be in two places at the same time?

Tasked with investigating Frankie’s murder is Ralph Anderson (Ben Mendelsohn), a police detective who is still reeling from the death of his cancer-stricken young son, Derek. 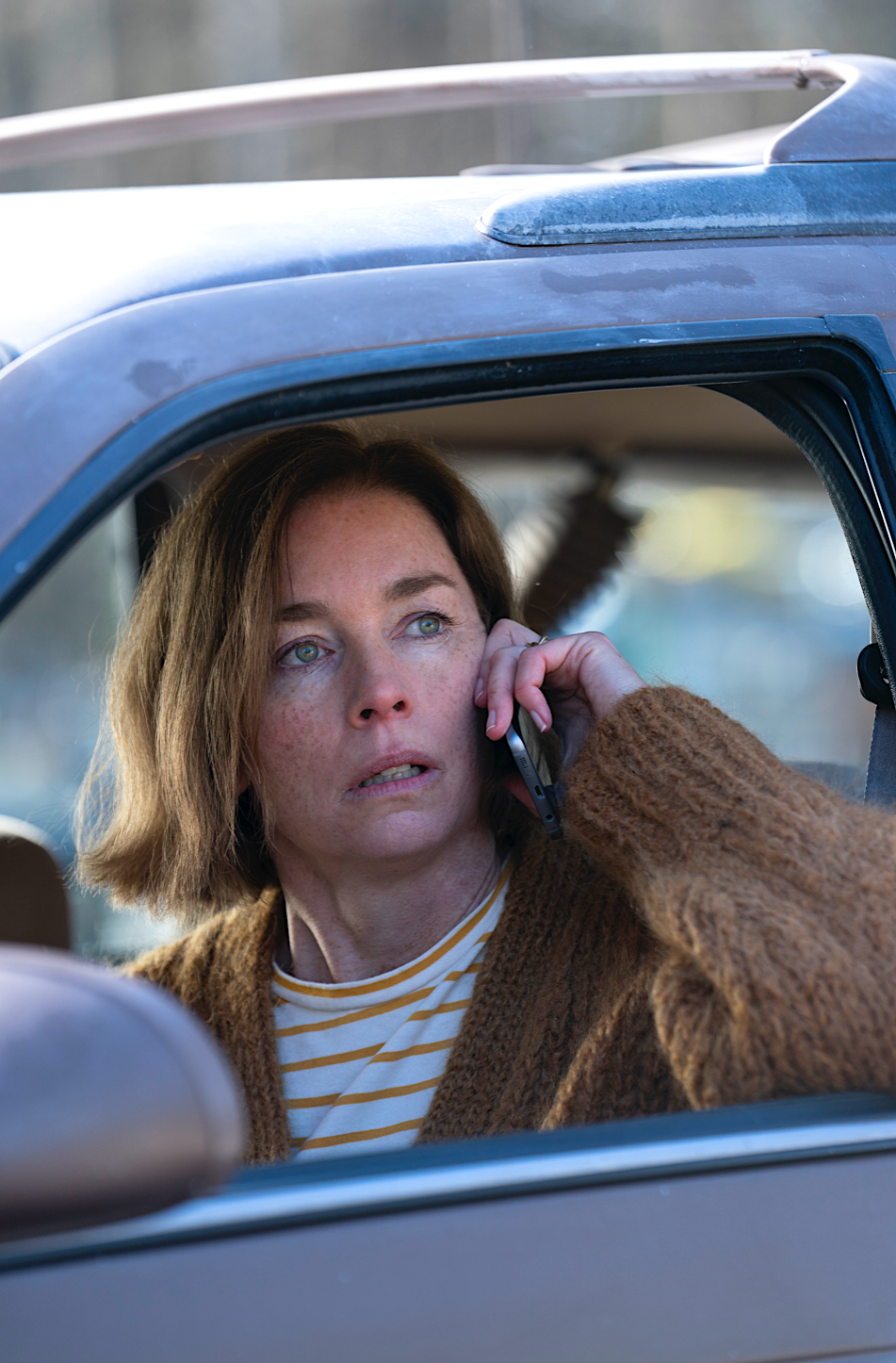 The 10-episode series goes from disturbing to downright creepy in Episode 3, when authorities call in investigator Holly Gibney (the omnipresent Cynthia Erivo), whose “crime-solving expertise” could assist the investigation.

But all hell breaks loose when old newspaper accounts along with shocking new clues lead the duo to a “grief-eating” and “tear-drinking” entity that isn’t easily spooked by a pair of stubborn detectives! 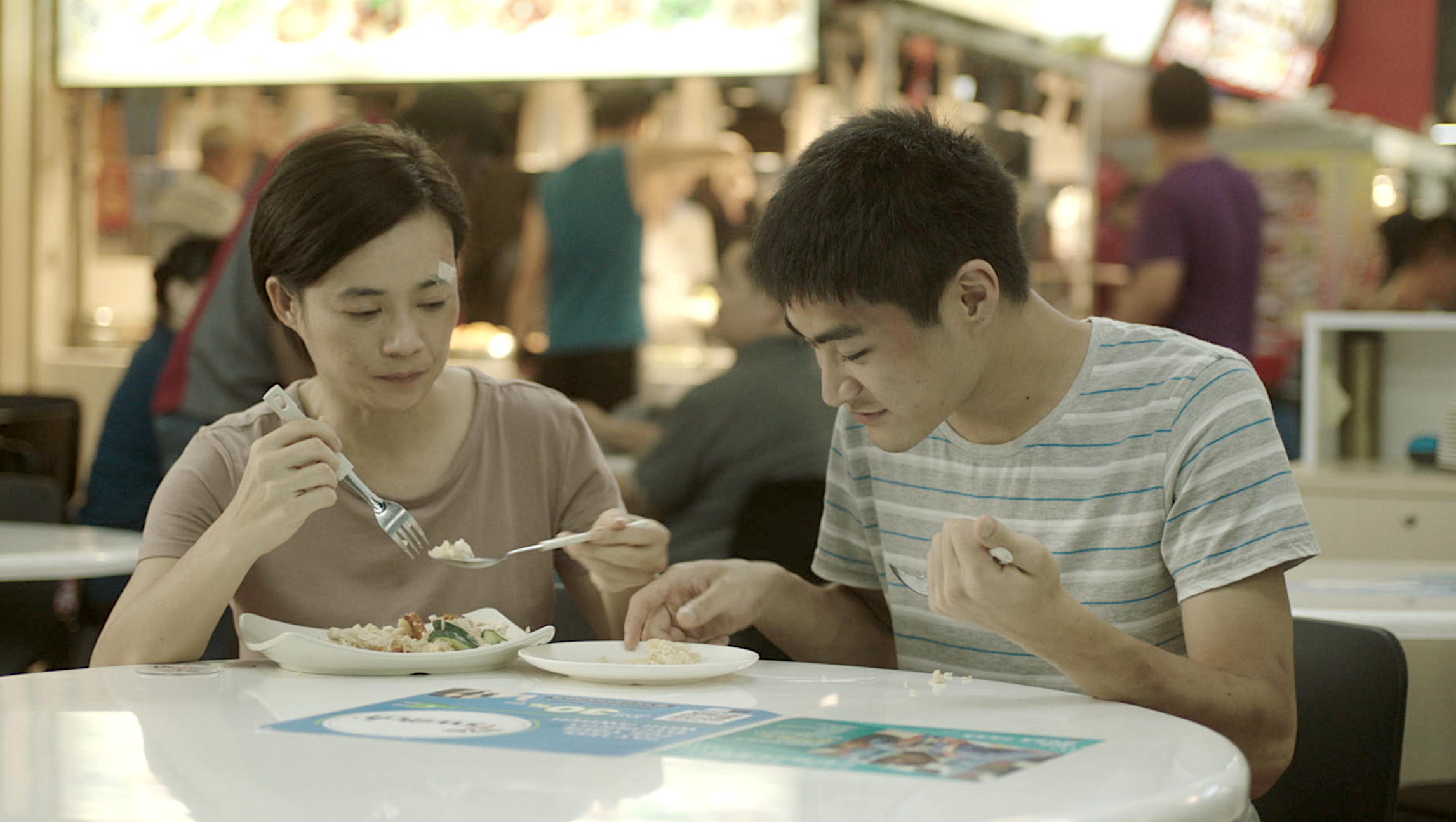 There are some supernatural elements in the six-episode series “Invisible Stories,” but the show works best when it focuses on its characters’ everyday challenges.

The series’ intersecting stories include the ups and downs of a mother and her low-functioning autistic son (“Lian,” tomorrow at 10 p.m.); a taxi driver by day and a spiritual medium by night (“Chuan,” on Jan. 12); three sex workers operating a brothel out of a flat (“June,” on Jan. 19); a banker who harbors a secret that comes to life late at night (“Keagan,” on Jan. 26); a bittersweet romance between a foreign construction worker and an overseas domestic helper (“Sayeed,” on Feb. 2); and an aspiring teenage influencer seeking to change her life for the better (“Nextblkgrl,” on Feb. 9).

In “Chuan,” taxi driver Chuan (Jeffrey Wang Yuqing) begins to see scary images as his cataracts deteriorate. Is his increasingly disturbing behavior simply the result of Chuan’s grief over the recent death of his wife, or is he really getting life-threatening messages from the afterlife? 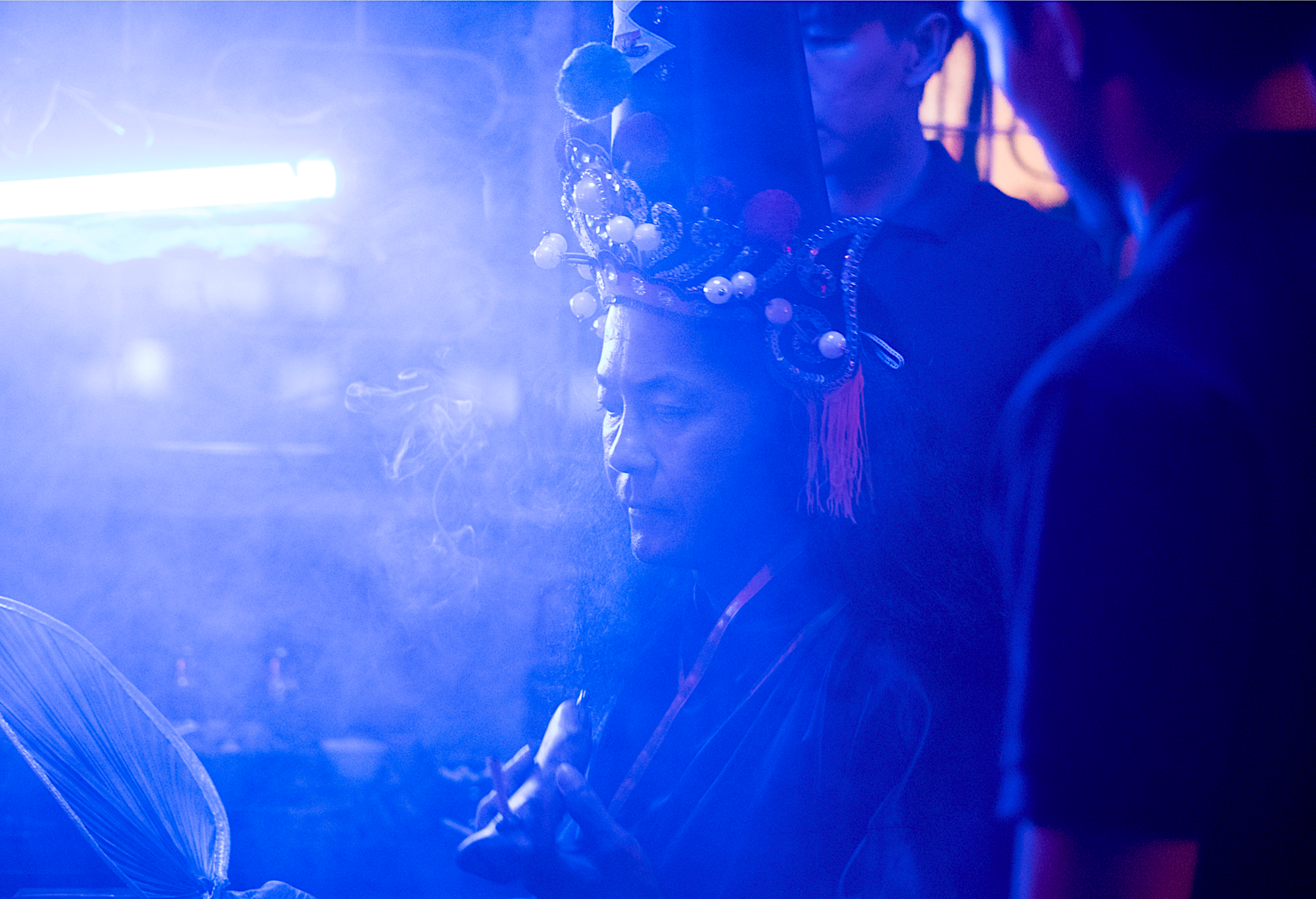 “Lian” makes for an auspicious start for the series. The episode features a transfixing performance from Yeo Yann Yann, who portrays Lian Tan, a desperate single mother at the end of her rope. Lian is torn between devotion and duty when Brian (Devin Pan), her 19-year-old low-functioning autistic son, becomes increasingly violent and hard to handle, following the death of his grandmother who used to take care of him while Lian worked at a hawker’s center. The episode is hard to watch and soon becomes polarizing as heck: You’ll see a doting mother singing a lullaby to her only son—who’s chained to a table to keep him from hurting himself and others!

When the situation becomes a matter of life and death for Lian, would she be willing to finally give him up?