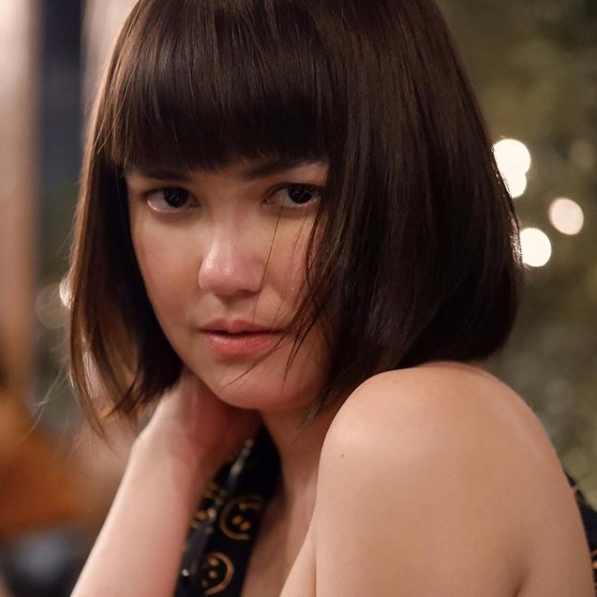 Angelica Panganiban is hopeful that the coming years will be better after the pain she has been through.  Image: Instagram/@iamangelicap

Angelica Panganiban described the past decade as a “rollercoaster ride,” though the drama she has been through seems closer to a soap opera.

The actress reflected on the pains and joys she has experienced in an Instagram post on New Year’s Eve, starting with the time she found out she was adopted.

(The past 10 years has been a literal rollercoaster ride. I found out I was adopted, I hid from my family for some months. I did not know how to face them. I was ashamed.)

Panganiban discovered that she was adopted in January 2010 after she got into a fight with her mom. She was angry and asked if she was adopted; her cousin broke down and confirmed it, Panganiban said in an interview with “The Buzz.”

By then, her biological mom had already passed away, in 2008. She got the chance, however, to meet her biological father, an American who served in the US Navy. They met in November 2010 after she found him on Facebook.

Panganiban also experienced losing her adoptive parents in the past years. She admitted the pain and grief made her lose her zest for life.

(In thos 10 years I learned how to forgive. I learned to still pray for them… I learned to give attention to myself and to those who truly love me.)

(I believe that the coming years will be better. As they say, when you are down, you have nowhere to go but up.)

The actress has been one who is open to talking about her heartaches. In the past year, she cut ties with former flame Carlo Aquino. The actor said he might have led Panganiban on and that meeting his current girlfriend, Trina Candaza, could have figured into the fallout with Panganiban.  /ra

Both nursing a broken heart, Bea and Angelica help each other heal and move on