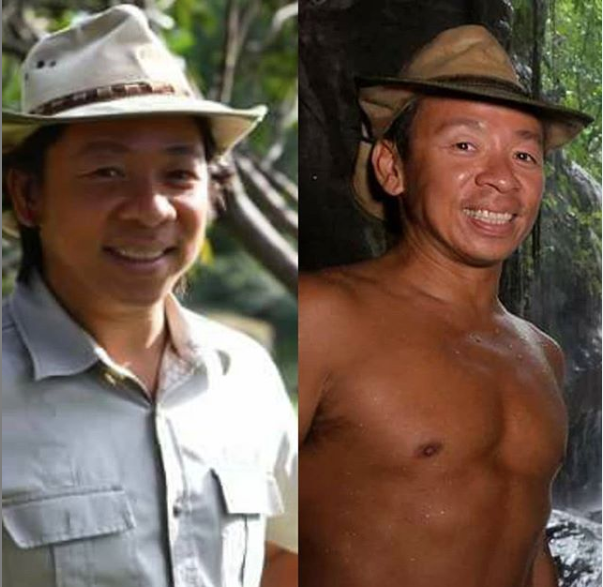 It seems it is never too late to get in shape, as proven by television host Kim Atienza, who is about to turn 53 years old healthier and fitter than he was a decade ago.

Atienza showed off his fit physique alongside a chubbier picture of him in 2009, and the stroke survivor owes his transformation to triathlon, he said on Instagram yesterday, Jan. 1.

“Matanglawin 2009 and 2019 #tenyearchallenge Thank you Lord for the gift of triathlon!” he said.

Atienza suffered from a stroke back in 2010, which the TV host claimed to be “one of the best things that happened” to him as it pushed him to have a healthier lifestyle.

Other than having a healthier diet, Atienza has also become a triathlete and joined numerous triathlons in the past decade.

Triathlon involves running, biking and swimming, and Atienza says he does these sports several times a week.

“Running is my meditation. I hear my steps, my breathing and the gentle voice of my creator in the amihan wind, the falling leaves and the morning sun,” he said on his Instagram account on Dec. 5, 2019.

In another post, Atienza expressed his love of biking.

“Biking is life. Every workout a prayer of thanksgiving for fitness, health, family and friendship,” he said on Dec. 4, 2019.

“Triathlon is my devotion. May I glorify my Lord every day I swim bike and run. May every race be a prayer. May every stroke pedal and step be for His glory!” he said in a Facebook post back in 2017. “May I finish every race strong with His strength, my heart screaming Amen, You are a great God!”

Triathlon is my devotion. May I glorify my Lord every day I swim bike and run. May every race be a prayer. May every…

Atienza, famously known as Kuya Kim, has been hosting the educational science TV show “Matanglawin” on ABS-CBN since 2008. He is also a weather anchor for TV Patrol.  /ra

After two close calls, Kim Atienza has become a ‘spiritual Ironman,’ too