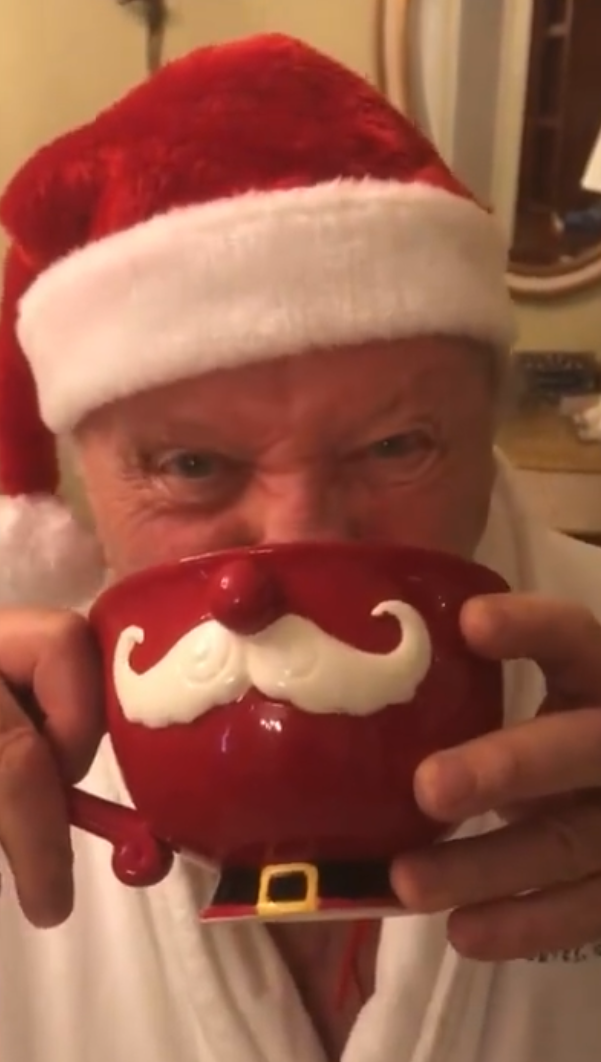 Anthony Hopkins, who will turn 82 on Dec. 31., took to Instagram to acknowledge positive reviews on his latest film project. “Thank you everyone for the generous compliments on #TheTwoPopes. For me, it was an honor to work with the great Jonathan Pryce and Fernando Meirelles.”

Hopkins, who received the Oscar best actor award for his role as Hannibal Lecter in the film adaptation of Thomas Harris’ novel “Silence of the Lambs,” played retired Pope Benedict XVI, while Pryce is Francis I in the film directed by Meirelles.

Peter Bradshaw, writing for The Guardian from Toronto, wrote: Hopkins and Pryce “make for a winning Vatican odd couple in this succession drama whose careful script ends not with a bang, but a wimple.”

Bradshaw described the movie as a “humorous, indulgent, lop-sidedly sentimental ‘Pope-off,’ which becomes a Pontiff bromance.” The movie was written by Anthony McCarten. “It’s an entertaining if preposterous imagining of private meetings supposedly taking place a decade ago between Pope Benedict XVI, formerly the Austrian Cardinal Joseph Ratzinger (Hopkins), and the Argentinian Cardinal Jorge Bergoglio (Pryce) as the Pope was pondering his sensational decision to retire, and before Bergoglio–a liberal and a critic of the incumbent’s conservative views–was to be elevated to the papacy as Francis I.”

The writer added, “Hopkins is very watchable as Benedict: severe, reactionary, with a piercing hooded-eyed gaze under his snowy white hair and the negligent, elderly hauteur that Hopkins brought recently to Shakespeare’s Lear (with Pryce as Cordelia and no other daughters to spoil the party.) The film is at its most successful when it is a duel between the two of them; it gets soft and flabby when they warm up to each other.”

In another Instagram post, Hopkins, his face half-covered with a red mug, wrote: “Happy Christmas to everyone and a happy healthy holiday.”