‘Miracle In Cell No. 7’ sold out screenings in some cinemas | Inquirer Entertainment

‘Miracle In Cell No. 7’ sold out screenings in some cinemas 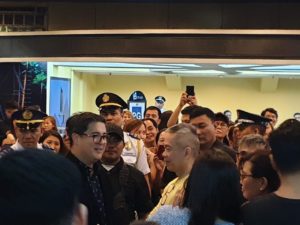 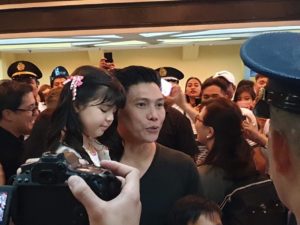 MANILA, Philippines — The Filipino remake of Korean movie “Miracle In Cell No. 7” was a hit in the Philippine box office as it sold out screenings in several cinemas during the start of the annual Metro Manila Film Festival (MMFF).

Its lead actor Aga Muhlach expressed thanks to fans who supported their entry at the 2019 MMFF.

“Kami’y nagpapasalamat talaga (We’re really thankful),” Muhlach said after one of the film’s screenings in a cinema.

(We already won because our victory is that you watched our film. It is a huge gift for us and we hope you liked our small gift for all of you.)

The film, which premiered in Korea in 2013, tells the story of a mentally challenged man who was wrongfully imprisoned and how he reunited with his daughter through the help of fellow inmates in his cell.

“Miracle in Cell No. 7” will be screened until January 7, 2019, alongside seven other MMFF entries “Mission Unstapabol: The Don Identity,” “The Mall, The Merrier,” “Sunod,” “3pol Trobol: Huli Ka Balbon,” “Culion,” “Mindanao,” and “Write About Love.”

45th MMFF Parade of Stars: A Sunday spectacle in Taguig