LOS ANGELES—Merriest Christmas to all of you, dear readers! — 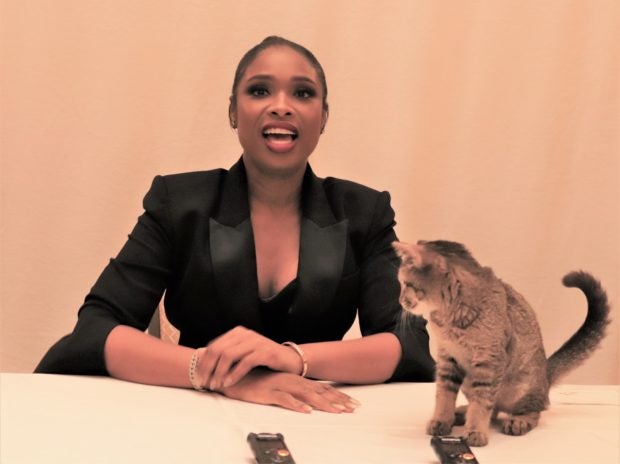 Whatever the film critics grouse about “Cats,” watch it for Jennifer Hudson’s heartbreaking, poignant version of “Memory.” She fittingly sings Andrew Lloyd Weber’s aria quietly, but it’s a knockout, as memorable as her dynamic rendition of “And I Am Telling You I’m Not Going” in “Dreamgirls.” Both showstoppers are studies in brilliant contrasts:

I’m a holiday fanatic. I start playing Christmas music the day after Halloween. I do my Christmas lights, and I always light up the entire block.

We also have an ugly sweater Christmas karaoke Starbucks party. Starbucks is like your living room outside, for everyone.

What better way to spend the holidays than to be able to have all my favorite things. I love chocolate cookies the size of my face, with hot chocolate during the holiday season. And then, to be able to do karaoke at Starbucks with a fireplace and live music.

So, every year, we have a tradition now where everyone has to make their ugly sweaters, and we sing Christmas carols at Starbucks. It’s with my family, friends and anybody who wants to come in and sing.

Anywhere I can have this karaoke session but mostly it’s in Chicago, when I’m at home. I also have the Julian D. King Gift Foundation toy drive, where my sister and I grant the Christmas wishes of unfortunate kids. We have a banquet where we have a hundred kids. We have live music. We engage with them and give them their gifts.

We also have a local toy drive. Christmas is actually my busiest time because every day is something. Then, it’s time for family fun and turning on the lights. I can’t wait. I love the holidays.

I love “Silent Night.” I definitely sang it in church. It’s a good idea to do an arrangement with the choir, though, so I may do that. But a song like that I would like to keep as it is, which is almost like a lullaby.

Actually, my favorite Christmas song is “O Holy Night.” Each year, I find a way to recreate it in a different way. Maybe I’ll do that with “Silent Night.” 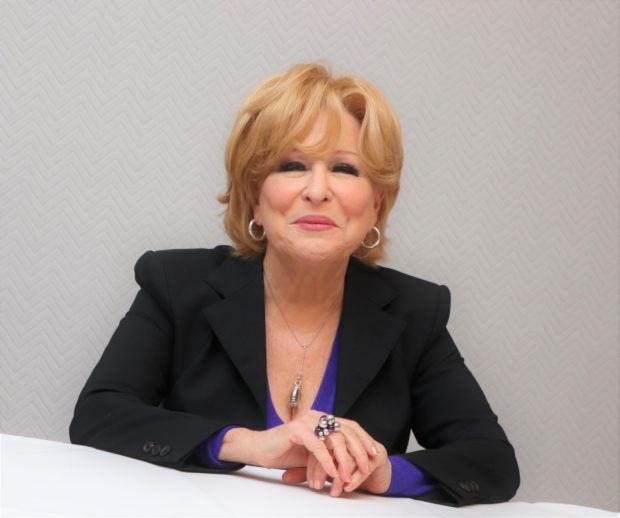 The Divine Miss M, currently appearing as Hadassah Gold in Ryan Murphy’s TV series with Ben Platt, “The Politician,” on recording “Mele Kalikimaka,” a Christmas music staple in our home:

I recorded that song not that long ago (2006). I was born and brought up in Hawaii, so I know “Mele Kalikimaka” because they always trotted it out after Thanksgiving, not before Thanksgiving, but that has changed now.

I’ve always loved the song. I’ve heard many versions of it. It’s what they call a hapa haole song—half Hawaiian, half white. It’s a novelty song. I have a weakness for novelty songs. No, I’m not going to apologize. I just like these jolly songs that make everybody smile. “Mele Kalikimaka” is one of those. 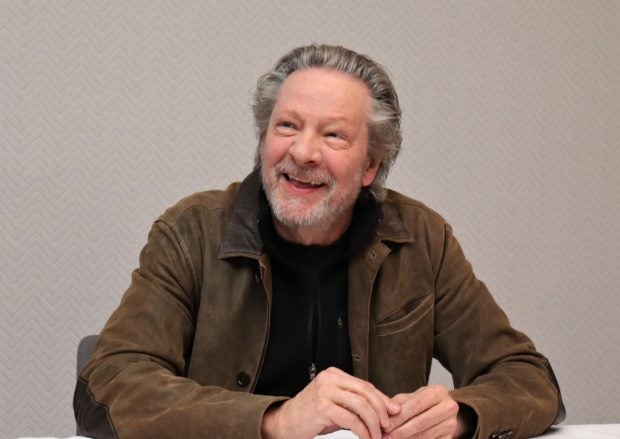 The excellent actor, very moving as a dad with issues with his journalist son (Matthew Rhys, equally terrific) in “A Beautiful Day in the Neighborhood,” recalled that even at such a young age, he wanted to give holiday gifts to his parents for the first time. He is also in the cast of “Little Women” as Mr. Laurence:

I may have been 7 or 8 years old, but I felt like it was a time for me. OK, this year, I’m going to give presents to mom and dad. So, I found something that just stood out, a little porcelain bird on a branch. I just said, I got to get this for mom. For dad, I didn’t know what to get him, but my mother allowed me to get a bottle of Manischewitz wine (laughs) for my father. So, those were the two first Christmas gifts I gave mom and dad.On a life-changing present:

Something that impacted me because I used to go hunting with my father. We were sportsmen. We did hunting and fishing. My father gave me what they call an “over-and-under,” a shotgun and a .22 rifle. I don’t even know if I fired that weapon 10 times because at that point, I was changing as a person.

I realized that I want to get out. I don’t want to be involved with hunting animals anymore. So, that was the gift that was life-changing because of what I was going through at the time. 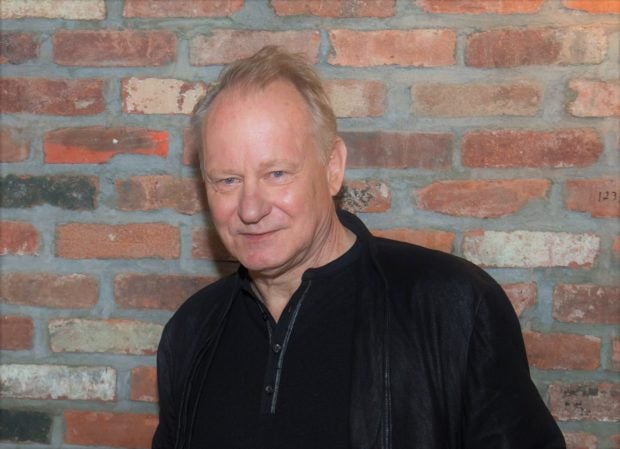 Stockholm is where you will find Sweden native Stellan Skarsgard during the holidays. Memorable as usual in his recent performances in the TV miniseries “Chernobyl” and the film “Out Stealing Horses,” Stellan is in the eagerly awaited December 2020 release, Denis Villeneuve’s “Dune”:

When it comes to New Year’s Eve, I don’t really celebrate it much anymore. It’s like amateur’s night. Also, I realized that the New Year is not that new (laughs). So there’s something fake about it—it’s just the mystics of numbers.

But Christmas we do celebrate. We have a couple of houses on the island in the archipelago outside of Stockholm. We all gather there with the kids, the wives and whoever wants to come. It’s usually about 25 people.

We make a big Swedish ham and a lot of pickled herring. We have a lot of Aquavit and everybody’s happy. And a lot of other drinks.

For the kids, you only get gifts up until you are 18. After that, gifts are banned because it’s just disgusting when you have this mountain of bullshit (laughs). INQ E-mail [email protected] Follow him at http://twitter.com/nepalesruben.