Our merry wishes for celebs on Santa’s ‘nice’ list

ABS-CBN’s victory in Star Awards, Golden Dove and Anak TV this year serves as an affirmation of its excellent programming. So, it’s quite unfortunate that the network is going through a rough patch with its franchise set to expire in 2020.

What will TV be like without “Tonight with Boy Abunda,” “Ang Probinsiyano,” the tandems of KathNiel and LizQuen, “It’s Showtime,” “Gandang Gabi, Vice” and other Kapamilya shows and stars? Unthinkable.

To date, the network has sold 9 million TV-Plus boxes for Pinoys to experience clear TV viewing. It only goes to show that the clamor for Kapamilya shows remains strong.

It’s good to know that Vilma Santos and her husband Ralph Recto have filed bills that seek to renew ABS-CBN’s franchise. A network that has gone over and beyond the call of duty more than deserves to keep the show going.

On a more festive note, when you go broke after endless Christmas shopping, remember that even if you have no more money left to count, you ought to count your blessings, instead.

In the spirit of the Yuletide season, allow me to make wishes for some of my dear friends in the biz who will always be on Santa’s “nice” list, while I top his “naughty” list. Have a nicely naughty and naughtily nice Christmas, tout le monde! 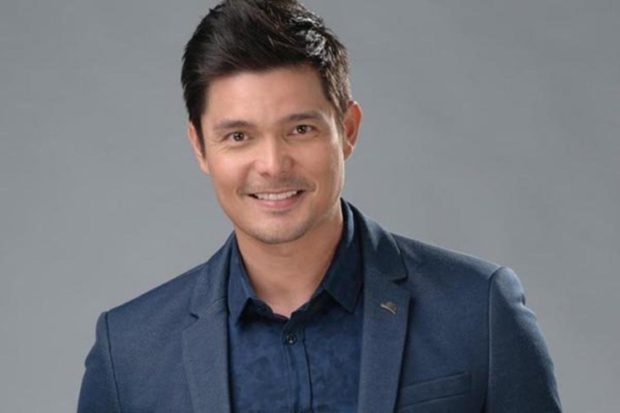 DINGDONG DANTES: a clone, because show biz will be a better place if there were more genuinely kind people like him.

GABBY CONCEPCION: a pill that will contain his “antiaging” formula.

ARA MINA: a feature in Vogue about her makeup and skincare line.

RYAN CAYABYAB: to do the soundtrack of a Hollywood movie.

BOY ABUNDA: a direct line to his beloved Nanay in heaven.

CESAR MONTANO: a game with his idols in golf. 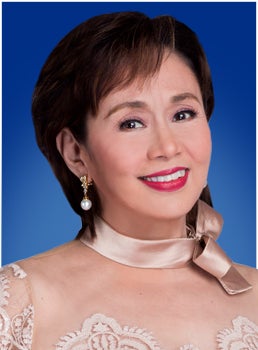 VILMA SANTOS: a movie entry in the foreign film category of the Oscars.

OGIE AND REGINE ALCASID: a special number at the Grammys. 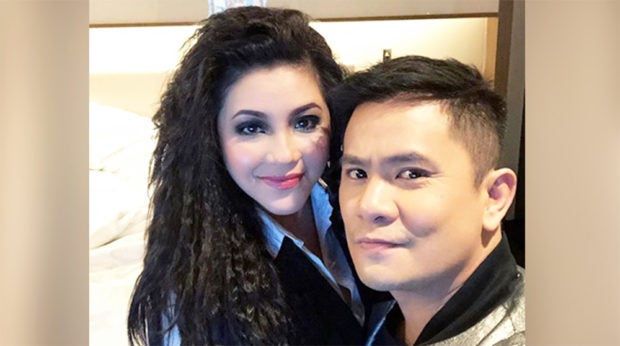 JOHN and PRISCILLA ESTRADA: a cure for John’s excessive snoring, so Pri can sleep soundly.

AGA MUHLACH: our idol Michael Jackson to be brought back to life.

MUHLACH: her own training school for aspiring beauty queens.

YAYO AGUILA: a love life without an expiration date.

INA RAYMUNDO: her own gym, so she can teach women how to be fit and fab, even as they age.

NIÑO MUHLACH: his own dive school, so he can pursue his passion all the more.

MEDS MARFIL AND THE REST OF TRUE FAITH: a back-to-back concert with U2.

NOEL CABANGON: to record an album with James Taylor.

RICKY DAVAO: his own acting school, so he can share his techniques as a brilliant actor.

LOUIE HEREDIA: his own resto, so more people can taste his heavenly paella.

WENCY CORNEJO: a dream match with his tennis idols.

NYOY VOLANTE: his own line of guitars.

ALVIN ANSON: an “off switch” so he can have some R&Rs. I fondly call him “Kuracha, ang lalaking walang pahinga.”

LEO VALDEZ: his own garden theme park to showcase his love for plants and flowers. INQ