Bernard Palanca remembers brother Miko Palanca: ‘I miss you so much, you rest now’ 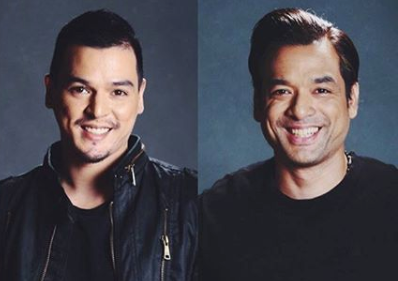 Two weeks after actor Miko Palanca’s death, his brother Bernard spoke about his grief, as he paid homage to his younger brother.

Bernard expressed the difficult time he and his family have been through and thanked the public for the flood of support and prayers. Bernard accompanied his post with a throwback photo of him and Miko riding a mini scooter, as seen on his Instagram yesterday, Dec. 21.

Bernard said that as Miko’s older brother, he was put on this earth to protect and love him. He also conveyed his confusion and pain about Miko’s passing.

“I have many unanswered questions, thoughts in my head for which words haven’t even been invented yet for them, and feelings I will never be able to understand nor explain,” he added. “My heart is shattered and in so much pain [because] of what happened and more so for how it happened.”

He also apologized to those whose messages of comfort he failed to answer right away, and reiterated his appreciation for them. He said his brother was lucky to have such people as friends.

In his farewell, Bernard stated how much he misses Miko, and gave a tender address to his brother in jest, “Pls, Pls, Pls behave up there… I love you, little bro! You rest now.”

Miko passed away earlier this December at the age of 41. He rose to fame as a part of the drama television series “Tabing-Ilog” with co-stars John Lloyd Cruz, Jodi Sta. Maria and Paolo Contis, among others. He also appeared in the on-going action TV series “Ang Probinsyano”, starring Coco Martin.

The cause of Miko’s death was not disclosed by the family in their official statement, although reports circulated that the actor took his own life. The family stated, “[W]e would like to respectfully request for privacy as we go through this very difficult time.” JB

The Philippine Department of Health has stated that every case of suicide is a tragedy which can be avoided. People who feel that they may be suffering from mental health and need help may call Hopeline hotlines:

Actor Miko Palanca passes away at 41