Breakdancing star Orlinski has opera in a spin 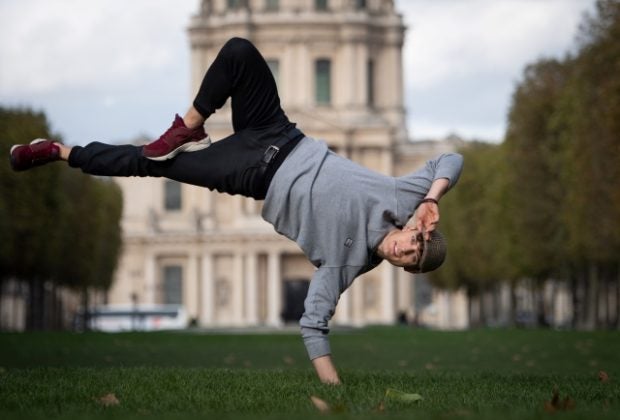 Opera singer and breakdancer — two words you might think would never go together.

But the boyishly athletic Polish countertenor Jakub Jozef Orlinski manages to do both to the very highest level, though not yet at the same time.

The 29-year-old singer with the angelic voice is the rising star of classical music, named Gramaphone magazine’s Young Artist of the Year after a run of triumphant performances in concert halls and opera house across the globe.

But he is also a founder member of the hip-hop collective Skill Fantastikz Crew, and his pop-star good looks have landed him modeling contracts with Nike and Levi’s as well as the cover of Vogue.

Orlinski’s love of both rap, skateboarding and 18th-century music has seen him hailed as the first “baroque ‘n’ roll” star.

And he often warms up for recitals by doing a few backflips backstage.

The dishy Pole created a sensation this summer when he took the female lead in Handel’s “Rinaldo” at Glyndebourne.

His high countertenor voice meant that he was capable of singing the demanding role — which meant spending three hours on the stage of the English opera house — when the America mezzo-soprano Elizabeth DeShong had to pull out.

The Times hailed his “sensational singing” and “jaw-dropping bravura”, while the Financial Times said the fast-maturing talent had “a purity of sound reminiscent of (Andreas) Scholl” and “an elegance of style… that is outstanding”.

His charisma is such that a video of him singing Vivaldi in his Bermuda shorts and sneakers for a radio show at the Aix-en-Provence festival France went viral with 4.5 million hits.

Having thought he wouldn’t have to dress up for the radio, ironically the 2017 clip helped propel Orlinski to fame.

The millennial can, of course, be social-media savvy when he wants to.

He was deluged with a tsunami of likes on Instagram last month when he teased his new album by posing bare-chested as Michelangelo’s “David”.

“An angel’s voice in a divine body,” one fan drooled.

Orlinski insists that there is no contradiction between his two musical personas, telling AFP before a recital in Paris that he took both just as seriously.

“I try to be as authentic as I can,” he said. “The singers of long ago were like the pop stars of today. People were obsessed with them. It was the pop culture of the time.”

He said he feels a great sense of freedom in baroque music because it allows singers latitude for their own interpretations.

Having been quickly snapped up by Warner Classics, Orlinski is clear-eyed about the commercial interest he has inevitably attracted.

“At some point wants everybody wants something from you and they treat you like a product. This is not cool.

“As young singers people demand a lot from us, much more than they used to,” he told AFP.

But he is proud of doing his bit to bring the countertenor out of the musical attic, following in the footsteps of pioneers like Scholl and the American David Daniels in taking on roles originally written for castrati.

Surprisingly he believes that it is his breakdancing which gives him an edge in performing early music.

“Breakdance gave me lots of energy and I feel this great force in me during shows,” said the Pole, who also did capoeira as a teenager.

“There is freedom, there is no right or wrong. Nobody tells you that it’s (being done in a) bad way because it is your way.

“At the beginning though it wasn’t easy to reconcile” singing and dancing, he admitted.

For one thing, they make completely different demands on the body. “In breakdance, with its backflips and headspins, muscles have to be really flexed, which is not ideal for singing, where you have to learn to know how to relax them.”

Yet the Warsaw-born singer, who trained at the city’s Chopin University of Music before graduating from the Juilliard School in New York, hopes one day to combine his two passions with a hip-hop opera.

“I am working with contemporary composers who can combine these two worlds,” he told reporters last year, citing the Broadway musical “Hamilton” as an inspiration.

This relaxed blurring of the boundaries even applies to his diet. Although he is “sort of vegetarian… I make an exception for my mother’s chicken soup,” Orlinski laughed.

“Because it’s the best.” NVG